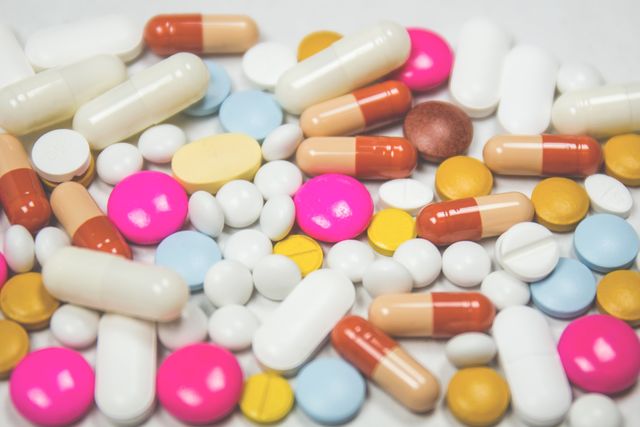 A trial examining the effects of abortion ‘reversal’ has been stopped due to safety concerns for the participants. Carried out at the University of California in the Department of Obstetrics and Gynecology, researcher Dr. Mitchell D. Creinin wrote the study was investigating “the efficacy and safety of mifepristone antagonization with high-dose oral progesterone.” The trial ended when three women were rushed to the emergency room with extreme hemorrhaging; one received a blood transfusion.

Those participating, it is worth noting, were already scheduled for a voluntary abortion and had consented to continuing their pregnancy for the experiment. As with most terminations, to induce a medical abortion, a two-pill dose of mifepristone and misoprostol is prescribed throughout a 24 hour period. Mifepristone stops the embryo from forming, while the latter forces a somewhat induced labour. It is seen as the most common and least invasive of methods. Not only that, but it is extremely effective and safe for the patient. Religious Pro-life groups and extreme Right-Wing Conservatives, however, have been vehemently pushing for a reversal pill to be available and offered to those seeking abortions— because what if, they argue, a woman changes her mind?

In the study, patients ingested misoprostol followed by either progesterone or a placebo. Initially, the enrollment number was supposed to be at 40, because of finishing early the trials stopped at 12. Two individuals pulled out due to side-effects such as vomiting, nausea and bleeding (from each group) and three has such severe side effects they were rushed to the hospital. This may seem like a positive indication that the conclusion would be that this method is ineffective and hazardous, yet because it was halted the authors wrote, “Patients in early pregnancy who use only mifepristone may be at high risk of significant hemorrhage.”

It’s difficult to believe these groups are truly trying to protect a woman and child’s health and safety by adding more trauma to people who are already going through the tough process of having an abortion and changing their mind, only for it to be too late. An ironic trend among pro-life women is the defense of having experienced it themselves, and feel remorse for their decision; believing their vindication lies within forcing others not to have the choice they once excercised.

Conservatives argue that abortion rights should be dismantled because fetuses are potential children, and children are seen as gifts from God who should be protected. Even with this display of empathy, there is a staggering lack of concern given to the well-being of either the mother or child once the child is actually born. There are several legitimate reasons why women who become pregnant might be afraid to bring a child into the world besides their own personal or medical reasons for not wanting to take on this responsibility. For example, the lack of care and support working single mothers receive, the microscopic gun control laws that allow for the high-rates of school shootings nationwide, or the fact that children of low-income families are much less likely to have access to affordable healthcare (4.3 million in 2018), all of which is supported by the aforementioned groups.

The national dialogue on abortion and reproductive rights are viciously divided by partisan politics, particularly in the Trump administration. In his presidency so far, he has proposed to block federal aid to Planned Parenthood and is constantly threatening to overturn Roe v. Wade. This year, the Alabama Human Life Protection Act was signed, preventing nearly all abortions in the state and could potentially imprison any professional that carried out one for life.

Professionals within the medical industry have suggested there is no proof that such a pill could work, especially without endangering the mother. The general consensus is that there is a lack of evidence and a high chance of risk by not completing the two-pill dose. When speaking to VICE News, Chris Zahn, VP of the journal in which the study was published, said, “Even with its limitations, [the] study raises safety concerns about not completing the evidence-based regimen. Mifepristone is not intended to be used without follow-up misoprostol treatment.”

There is still no significant evidence that there is a possible reversal abortion procedure. Some may say this study is sufficient. Others may jump on the fact that it was never completed, therefore, discrediting any warnings and findings as inconclusive. And, regardless of the little to no evidence, Arkansas, Idaho, Kentucky, Utah, and South Dakota have laws in place that require doctors to give patients information about a reversal pill. Other states in the U.S. from Ohio to Wisconsin to Texas all have similar bills upcoming in State Congress, like the Second Chance at Life Act at the Federal level.

When it comes to women’s rights and safety, it seems some political groups will comfortably overlook scientific data and professional expertise from those within the medical field just for their own political gain and career achievement.

Photo Courtesy of freestocks via unsplashed

Trump's Conscience Rule Blocked Because It's Dumb As Hell

Sweet Justice: See How These Seventh Graders Protested For Their Right To Free Period Products

Tags: Donald Trump , Planned Parenthood , abortion rights , reproductive rights , pro-choice , feminism , Donald Trump , Planned Parenthood , abortion, , pro-choice
Support Feminist Media!
During these troubling political times, independent feminist media is more vital than ever. If our bold, uncensored reporting on women’s issues is important to you, please consider making a donation of $5, $25, $50, or whatever you can afford, to protect and sustain BUST.com.
Thanks so much—we can’t spell BUST without U.