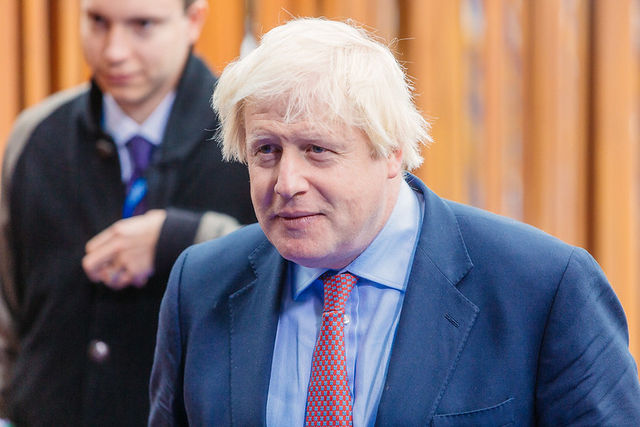 Boris Johnson, Britain’s latest appointed Prime Minister, has yet again proved that his views on the working class are insulting and prejudicial. The Eton and Oxford educated, former journalist once expressed his distaste for working and single mothers in his 2006 book Have I Got Views For You.

In the collection of essays, Johnson argues that, with the increase of women in the workplace and attending university, it has somehow put pressure on mothers without diplomas to seek employment and support their families. After all, women only want to appear as if they want a degree, when in reality they only want to find a husband at university. Right?

Due to this, he writes, it leads to “adverse consequences for family life and society as a whole – in that unloved and undisciplined children are more likely to become hoodies, Neets [not in education, employment or training] and mug you on the street corner.”

Johnson, who would be voted in as Mayor of London just a few years following the release of Have I Got Views For You, insinuates that in order to raise well-behaved children, a woman should be forever doting on her family. In other words, by staying at home and not working. Moreover, if a woman should work, it would be unfathomable for them to simultaneously maintain the balance of raising a child.

Not once does he compare this worry for single-fathers, or does he consider that, regardless of income, 71.8% of women aged 16-64 are employed across the U.K. according to the Office of Statistics. And over half (57%) of students enrolled in education are female. Women want to work and be independently financial from their spouses or parents. A lot of women have to work. Most young women are employed and wouldn’t even consider, and have, the option of staying at home to raise a baby. In this economy?

In the lead up to the General Election in the U.K., the Conservative's numbers are falling. Voting day is approaching and it seems that Labour (Jeremy Corbyn) and the Conservatives are the two potential parties set to take the House of Commons. For the last few years, particularly during Brexit, the U.K. government has had a Conservative majority. However, Johnson’s Trump-like remarks and overall incompetence may have caught up to him.

Let us not forget that he has called Muslim women “letterboxes”; used the phrase “watermelon smiles” in reference to Black people, and “tank-topped bumboys” to degrade gay men. In 2005, he even told voters that “voting Tory will cause your wife to have bigger breasts” while on his campaign trail for MP of Henley. During his 2016 campaign, Trump called Mexicans “rapists” and a video leaked in which he says he grabs women “by the pussy.” If the U.K. can learn anything from America, it’s that comments like these should not be overlooked or ignored, hoping that it truly, possibly, can’t escalate any further. Just look at Trump’s Twitter or Google anything he’s said. Since then, he has feasibly become more erratic and offensive.

In these dark times, where male politicians can be accused of sexual harassment, be openly sexist, racist and generally disgraceful only to totally get away with it, it’s important for all people to exercise the right to vote for fairer representation in politics. We need to stop voting in people like these two pantomime haired egomaniacs. Like, yesterday. Leaders and high-key figures can set the tone for the rest of the population. Meaning that if they can say and do those things, some will take that as a green light for doing as they please at the expense of others.

Is Princess Anne The Most Relatable Member Of The Royal Family?