The Women of Bollywood Are Having Their Own #MeToo Moment 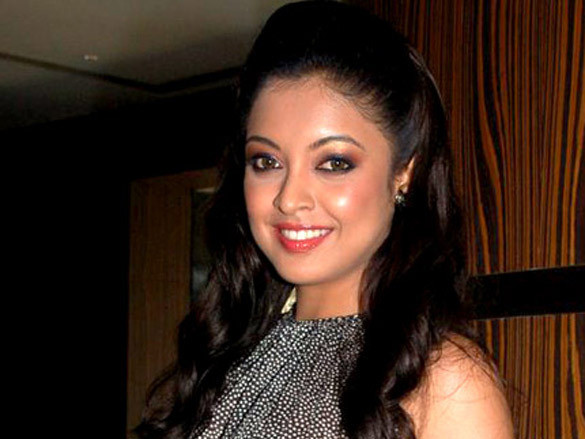 Tarana Burke founded the Me Too movement in 2006, in order to aide victims and survivors of sexual abuse, specifically for women of colour and those in areas of lower-income. It wasn't until 2017, however, that the hashtag went viral on Twitter. Women in the entertainment industry, particularly Hollywood, began to speak out. Often, multiple women would accuse the same person. Harvey Weinstein, Louis C.K., James Franco and other once-beloved figures were called out on their behaviour; their careers being jeopardised in a matter of Tweets and articles.

Until recently, and even now, women, and a few men are discredited as “liars” and “over-reactors” when sharing their trauma around sexual abuse. Re-visiting a distressing moment is jarring enough, but having others discredit that can sometimes be the sole reason many victims are afraid to talk about what happened and take action against the perpetrator. And while the movement in Hollywood was mostly successful (Aziz Ansari still has his show as well as a recently released standup on Netflix), in Bollywood things played out a little differently.

In 2018 #MeToo hit Bollywood. Actress Tanushree Dutta initiated the movement when she accused actor Nana Patekar of sexually harassing her over ten years ago on the set of “Horn 'OK' Pleasss”. At the time, she was 24; he was 57. Other notable figures in India, such as singer Sona Mohapatra, also spoke out about their experiences of sexual misconduct in the industry. The public, and the reactions from others in Bollywood would not mirror the support and “cancelling” seen in Hollywood.

“I lost friends, I lost work, I went through periods of depression. When your work is taken away from you, you feel like you have no reason to wake up sometimes,” said Dutta regarding the aftermath in an interview for We The Women. At first, it seemed as though Patekar was being reprimanded after being cut from a film he was starring in, until June of this year when the police concluded a lack of evidence and closed the case. He is now back at work.

Mohapatra was similarly “marked as a troublemaker” by her peers and asked to leave the judging panel of a television singing contest once she spoke out against composer Anu Malik (he, then 40, asked her, then 15, for a kiss with the promise of work). For a brief time Malik lost his role on Indian Idol, but got it back, only to be fired again after viewers criticised the show’s decision. Unfortunately the trend doesn't stop there, either. Director Vikas Bahl had his name removed from the credits of a movie but was re-added when an internal investigation found him innocent. Lengthy processes in the legal system, that can take years, were in favour of filmmaker Subhash Kapoor whose production was nearly halted after an accusation, yet continued.

Despite evidence and testimonies, the Me Too movement in India is setting out to be a repetition of many women's fears by their accounts being deemed untrue or no repercussions being felt. Not to mention that it's happening to wealthy and powerful women who, like the women of Hollywood, inspired many non-famous women to come forward with their stories. Instead of encouraging other Indian women around the country, many must be thinking, if such backlash can happen to them, what would happen to me?

On the other hand, it’s important to consider how different the U.S.A is to India in terms of equality and social differences. The crime rates speak for themselves, as the National Crime Records Bureau states that in India, around 100 rapes are reported every day and in 2016 there were nearly 39,000 recorded attacks.

Still, overlooking the bravery of the women coming out, in spite of losing their careers, because of the little to no actions taken against the men is missing the point. There is a discussion starting. There are well-known women showing that sexual misconduct and assault, especially in the workplace, is not okay. And there have been changes, albeit small.

According to a report by Reuters, women are being given free transportation on buses throughout the country to encourage travel and job prospects. Earlier this year, women formed a 385 mile “wall” to protest gender equality after a menstruating woman wasn’t allowed to visit a sacred temple; reports from the Bombay Stock Exchange saw an increase in sexual harassment complaints by 14% from last year at their listed companies.

Revolutions and changes in equality don’t happen in a singular swoop or moment. They are gradual and mostly begin on a smaller scale, which in the midst of the seemingly unchangeable norms in Indian society, hints at something of hope.