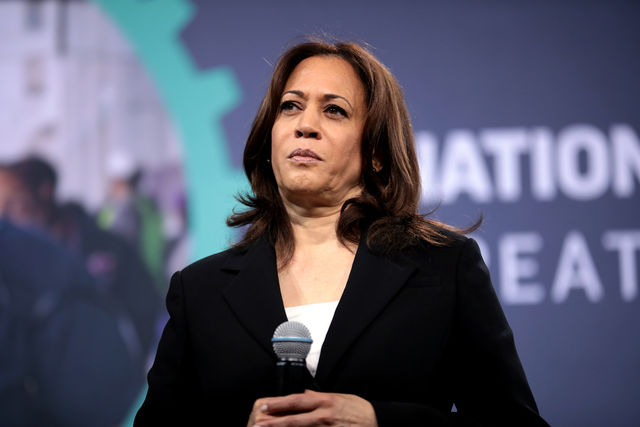 Senator Kamala Harris dropped out of the Democratic presidential campaign yesterday, which she explained was due to a lack of financial resources and low poll numbers. She wrote in an email to supporters: “My campaign for president simply doesn’t have the financial resources we need to continue.”

Harris entered the race in 2018 and began already in the top tier. The New York Times wrote that she’s a “barrier-breaking prosecutor and second black woman to serve in the United States Senate,” and so quite inspiring for feminists and all those who support diversity and human rights within politics. So where Trump is arguing his sexual moves that have only shocked women to self - defense and have to chase what’s justice in terms of human rights, and unfortunately is still in the presidential race, Harris is at least still in the Senate – and so will still continue to inspire.

Harris had spoken with an aide and said that “her instinct was to keep fighting, but that she was told she’d have to go into debt to sustain her campaign.”

No matter your candidate, you have to recognize that going from the most diverse field ever in January to a potentially all-white debate stage in December is catastrophic.

The implicit racism and sexism of "electability" is deeply damaging to democracy.

Yes, that is catastrophic; this especially wouldn’t reflect the diversity of the United States. It’s nice that this Democratic campaign race has historically been the most diverse, but as already proven, if campaigns need only more and more finances to continue running--then politically, what is happening? While in office, Trump has costed $115 million of American taxpayers on golf trips alone. Is that needed? All the money spent on campaigns to be more visible to voters, could really be spent on actual problems in the country. This can’t become a millionaire/billionaire show, when there are public schools that are lacking funds and resources, seriously.

Harris may have shifted positions on policies, however she'd still make a better president than the one in office now.

Harris’s website calls for gender equality and it says: “The stakes have never been higher for women’s rights, and Kamala is ready to take the fight to Donald Trump.” So, hopefully that fight will be while she’s still a US Senator. It looks like Harris won’t become the first woman of color elected president this time around, but hope is and will always be needed.

And she didn't leave without once last gut punch: