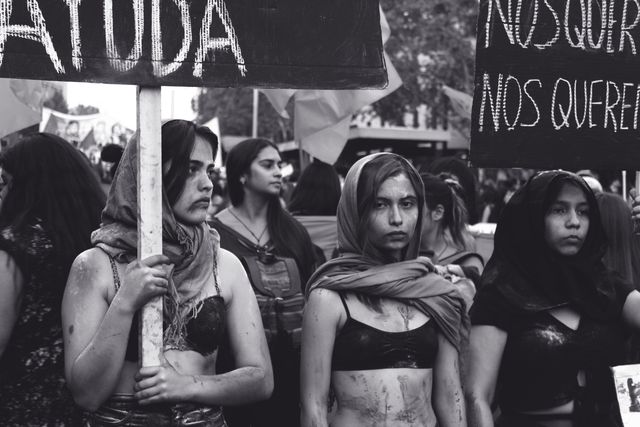 November 25th was the International Day for the Elimination of Violence Against Women. Hundreds of thousands of women gathered in cities across the world to remember the thousands of women whose lives were taken, mostly by the hands of violent men. The women of the world demanded an end to rape, human trafficking, and all forms of domestic abuse. In Latin America, the weaponization of sexual violence against women for politically terroristic purposes is especially dangerous. The culture of machismo across Latin America perpetuates these acts of femicide in times of political unrest, much like the moment Chile finds itself in today.

The Chilean feminist collective Lastesis organized a rally to commemorate the international day of awareness by taking to the streets. The women gathered outside the Ministry for Women’s Rights and Gender Equality in Santiago, chanting and dancing in unison to call out President Piñera and his state’s recent human rights violations against his protesters. They posed confidently, pointing straight ahead at their opponents with the strong words, “El violador eres tú,” which translates to “The rapist is you.”

The Chilean military, National Police, and Special Forces have collectively been charged with over seventy cases of sexual violence and been accused by women of beatings, rape, threats of rape, and subjection to sexual humiliation. Erika Guevara-Rosas, a director at Amnesty International, said in a statement to the press, “The intention of the Chilean security forces is clear: to injure demonstrators in order to discourage protest, even to the extent of using torture and sexual violence against protesters.” A report from United Nations Women states that Latin America has the highest rate of gender-based violence against women in the world. This fearless sign of resistance is a sign that the women of Chile will not be silent in the wake of these horrific crimes against women. We stand with our sisters in Chile and abroad.