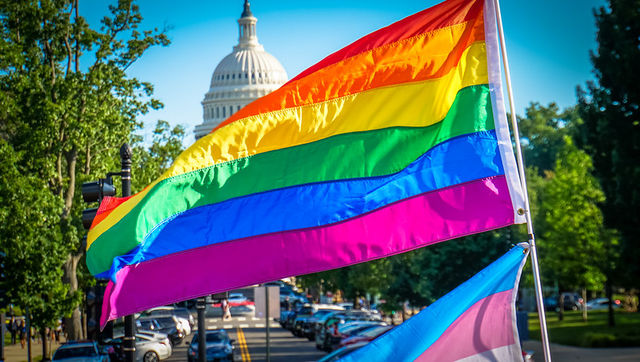 The Sunlight Foundation’s Web Integrity Project released its latest trend report on how LGBTQ-related language and content has changed under the Trump administration. According to Fast Company, the report shows how LGBTQ+ data and resources have been altered on and have disappeared from government websites. The analysis also looked at general language shifts, changes to access of information, and significant unreported alterations.

“We found that on 81 (57%) of the 142 pages analyzed, LGBTQ-related terms had been altered since the beginning of the Trump administration, with a total of 601 terms removed or substituted and 655 terms added,” the report states. “On a few pages, a large number of LGBTQ-related terms were added or removed.”

Specific examples of these changes include:

Most alarmingly, as Fast Company points out, their analysis also shows that a number of website alterations don't reflect formal policy changes. For example, despite the Trump administration’s limited success in trying to reverse Obama-era laws preventing gender-based discrimination, the Department of Labor removed important information about an Obama-era executive order, EO 13672, that protects federal contractors from gender-based discrimination; the order itself is still in effect, yet the information was reportedly erased within a month of Trump taking office.

One of the Web Integrity Project’s main goals is to monitor changes to government websites. When data or access to information is unjustifiably altered or removed, the project alerts experts and the public, as well as the agencies to hold them accountable. Its latest November 2019 Trend Report is based on the almost two-year tracking of approximately 1,875 government webpages under the Trump administration. Read the entire report here.