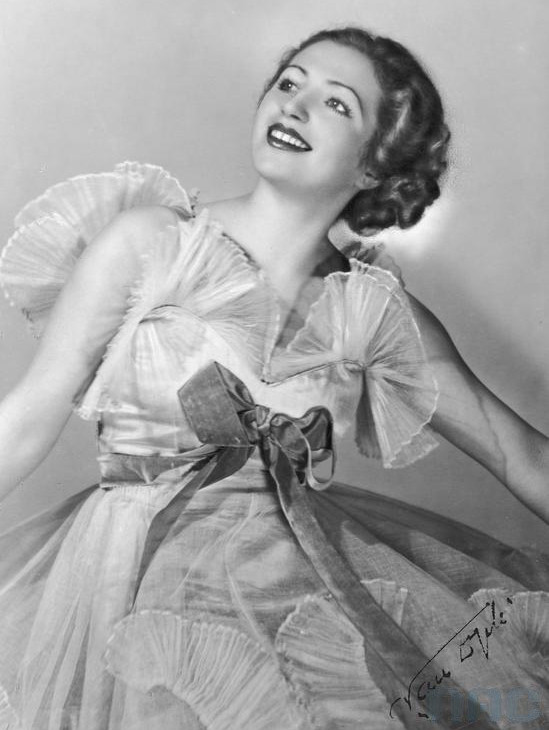 Ballerina Franceska Mann became legend when she killed an S.S. guard on the way to the gas chamber. But who was she? And what does her mythologizing truly tell us about life as a woman during the Holocaust?

On October 23, 1943, 26-year-old ballerina Franceska Mann transformed. Overnight, she became the stuff of legend, and not through her deft pointe work or an ovation-worthy performance, but because of her death.

That dark October day, Franceska, along with 1,700 over Polish Jewish people, was dragged off a transit train and pushed through the gates of Auschwitz—you don’t need me to tell you what a death sentence that was. Franceska knew the odds and knew her time was up, and she refused to go quietly into the night.

Franceska was exceptional. A dancer at a night club in Warsaw, she was known for her talent and beauty. It was this that caught the attention of two of Auschwitz’s S.S. guards, Josef Schillinger and Wilhelm Emmerich.

Along with a large group of women, Franceska was led to the undressing room next to the gas chamber and told to strip. As the women undressed, Schillinger and Emmerich watched, their gaze soon honing in on Franceska. She noticed them watching and looked them directly in the eye.

She bent down to take off her shoe and the men started to approach. Then quick as a flash, Franceska attacked, using her high heel to beat a guard down. Seizing his gun, she shot, killing Schillinger and wounding Emmerich.

As the other S.S. guards bore down on the vulnerable women, they followed Franceska’s lead and fought back with everything they had. One woman reportedly bit off a guard’s nose as machine gunfire tore through the room.

It lasted minutes. If that.

Most of the women lay dead. Those that weren’t were taken outside and shot.

But their story lived on. 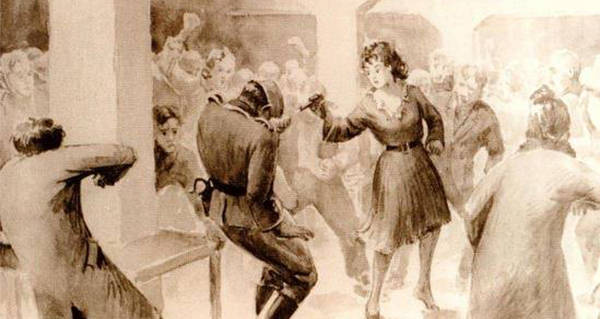 An artist's interpretation of the shooting - not exactly accurate, but you get the gist.

The tale of Franceska Mann and the women that resisted spread like fire through the camp. It bought hope; the guards now knew there was the threat, however small, that the next time they struck, the prisoners might hit back. It was a grain of resistance and, in this veritable hellscape, that was so needed!

Which is why Franceska’s story become mythologized—feverishly passed around the prisoners, its details becoming blurrier and blurrier.

Soon enough, the story was that Franceska had performed a striptease, luring Schillinger and Emmerich towards her with a flash of thigh and seductively pulling her blouse away. Only when the two men were lulled into a sense of lusty security did she strike, turning the tables on her abusers.

It’s this version of events that has prevailed. And though popular, many historians have agreed that this version is incredibly unlikely. Yes, there was an attack of Schillinger and Emmerich, but it’s highly unlikely it was preceded by some light stripping. It’s an embellishment, one we continue to glean onto.

But it’s not just the striptease that’s been added on. There are arguments that it may not have been Franceska Mann, but another woman. In different tellings, Francesca morphs into everything from a Greek dancer to an actress, or even a whole mob of women taking the guards down as a unit.

Though it’s now agreed it was most likely Franceska Mann who shot down Schillinger and Emmerich, it’s undoubtable that this incident took on a life of its own, becoming more fiction than fact.

BUT WHY?!? What’s with all this twisting and mythologizing?

Well, the answer is simple and very bleak. (This is the Holocaust, after all.) 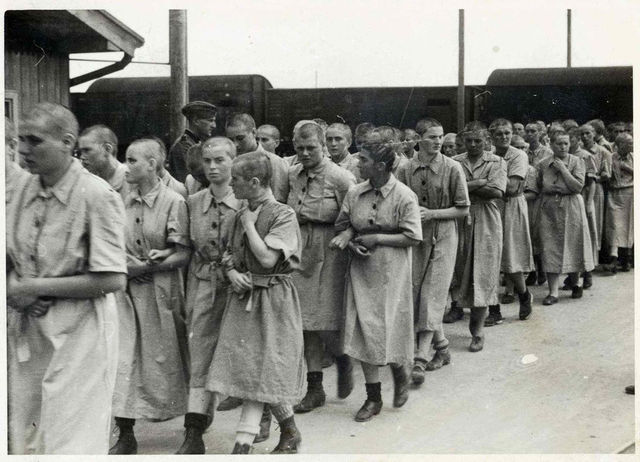 To understand the root of this ever-twisting tale, we need to talk about the sexual treatment of women during the Holocaust.

The Nazis kept virtually no records of the rape and sexual abuse that went on inside concentration camps; however, we now know that it happened. And it did so with horrifying frequency.

To be in a concentration camp meant you were immediately stripped of your human rights, made more vulnerable than you could ever have believed. For women, this also meant they were vulnerable to sexual attack and abuse.

One of the most notorious abusers was Josef Schillinger.

Schillinger was by all accounts sadistic, teaming up with his mate Wilhelm Emmerich to wreak all kinds of horror on the prisoners under his watch.

And if you were in any doubt whether or not both men were the literal worst, here’s a quote from Wieslaw Kielar (a polish resistance fighter also imprisoned at Auschwitz) about what led the pair to Franceska Mann and the other women on that fateful October night:

‘Both of them slightly drunk, accompanied the transport to the crematorium. They even entered the changing room, guided either by thoughts of a little stealing or in anticipation of the sadistic enjoyment of watching the timid, defenseless, undressed women, who moments later were to die a painful death in the gas chamber.’

So it’s understandable then that the news of Schillinger’s death was met with celebration, especially when prisoners found out a woman had killed him.

The vulnerable had become ferocious. They’d bitten back and shown that there was a price to pay for the abuse dealt out to them. To women living not only with the constant threat of death, but of sexual assault, too, this was hope beyond hope.

It’s no wonder that, in the subsequent game of Auschwitz whispers, the tale of Francesca Mann was not only embellished, but tailored into countless shapes that could be clung onto by each woman. She was a hero when one was needed most.

Which is why it’s so important that this is all remembered when we tell the story of Franceska Mann and her resistance. Because what made her a legend wasn’t just her act of bravery, but the desperate hopes of thousands of others. And none of those women should ever be forgotten.