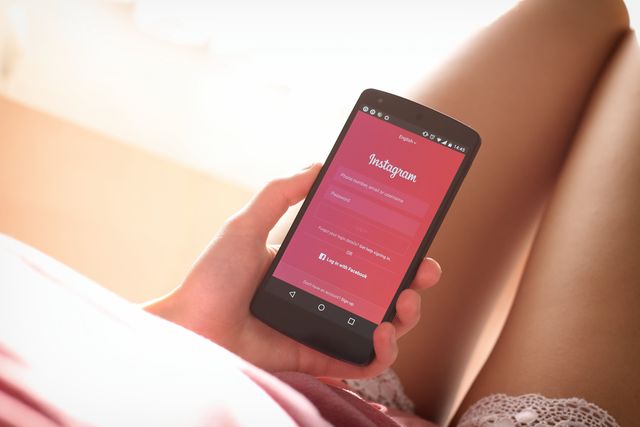 Earlier this year, Instagram began hiding posts and videos that the app considers “inappropriate” but don’t violate its community guidelines, the HuffPost reports. Instagram neglected to go into detail regarding the specific material it would deem “inappropriate,” only citing “sexually suggestive” content as an example.

Consequently, posts that have been given the vague stamp of disapproval are restricted from Instagram’s Explore and hashtag pages, which are essential in helping accounts grow as they algorithmically recommend the account’s photos and videos to a larger community. Furthermore, users are not even informed when their activity is being restricted—a form of censorship that bears the sinister name, “shadow banning.”

This shadow banning has disproportionately affected women and members of marginalized communities, many of whom depend on Instagram as a source of income. Fitness instructors, pole dancers and sex workers are among the many professionals that rely on Instagram to grow their businesses. And, in an effort to restore visibility on what is arguably one of the most influential marketing platforms of the decade, many women are changing their gender to male on the app.

Michelle, an Australian pole dance performer, teacher and studio owner told the Huffington Post that, “many of us within the pole dancing community rely on Instagram to thrive. We use [Instagram] to share training videos, connect with new people and, for lots of us, to grow our businesses.” Michelle was aware of the research indicating that the algorithm is biased against women and after seeing a steady decline of her content’s monthly engagement, she decided to switch her profile to male. In under three days, her engagement returned to its normal amount. She discovered through Instagram’s analytics tool, that her posts have been getting many more likes and views, revealing that they are being shown to a wider audience.

Recent promotion from anti-censorship activism pages like @everybodyvisible, have helped launch the gender-swapping method as an experiment. And, like Michelle, many other women are seeing increased engagement with their content since switching to male on the app. Despite the positive results, many women are understandably reluctant to make the switch. After all, the experiment feels like a digitized variation of the 19th century literary boom, in which women were producing critically acclaimed novels, under the alias of a man’s name.

Carolina, a founding member of @everybodyvisible, researches online content moderation as part of her doctoral studies in London. In response to gender-switching on Instagram, she told the HuffPost, “It’s really upsetting and ridiculous that women are having to change their gender [on Instagram] to avoid being censored.”

?Possible hack going round the pole dance community: several WOMEN dancers with access to Instagram business/creator account analytics have reported better engagement and visibility and less ban-action - by simply editing their profile & changing their bio to ‘MALE’ instead of ‘FEMALE’ (or ‘prefer not to say’)? And then continuing to post their usual content. . Is it bizarrely less ‘’inappropriate’’ for a ‘’male’’ owned account to post ‘’borderline’’content of women and femme-presenting bodies than the actual owner of the body THEMSELVES? . We, and a journalist we are talking to would like to know your experiences and your reactions/comments! Hard data particularly helpful...thank you very much. Especial thanks to @jordankensley @applebite @thequeenofsexy @tropicalvertical and @michelleshimmy. Edit: big thanks to @mareejozayy for the editing suggestions to better include gender-diverse-identifying folk. ? Tell us when we don’t get it right!

In a statement to the HuffPost, a Facebook spokesperson denied Instagram’s alleged bias against women. However, they have previously admitted to decreasing content from pole dancers. This past summer, pole dancers all over Instagram saw that posts using hashtags such as #PoleFitness, #PoleTrick and #FemaleFitness (but not #MaleFitness) seemed to have been shadow banned. Instagram first denied that this was happening but then later acknowledged that they had been hiding pole dancers’ content after a petition addressing the issue went viral.

Instagram’s policy for content that does not violate community guidelines but is grounds for demotion is absurdly vague and the app has refused to go into further detail. Carolina from @everybodyvisible says Instagram’s arbitrary censorship should be alarming for all users. “Social media giants including Instagram have a monopoly over our data and online interactions,” she continues, “Freedom of expression is at stake here. Users really do not have a voice—we have to cope with their policies, and unfortunately for us, everything that even slightly involves sex scares the shit out of Instagram.”

Many sex workers who were interviewed saw a suppression of their Instagram posts because of the 2018 FOSTA-SESTA law, which makes it illegal to assist, facilitate or support sex trafficking. The law also removes platforms’ immunity from liability under the Communications Decency Act for user content that exhibits any of those things. Thus, major changes have been made to algorithms and how tech companies are restricting sexual content.

But such heavy reliance on algorithms for content moderation raise major concerns. Algorithms are often touted as unbiased, but many forget that there are humans programming these algorithms and coding their own internal biases into them.
Feminist publication Salty crowd-sourced data from Insta users to see how different groups are patrolled and found that the platform is more likely to reject ads from women than from men. A spokesperson from Salty told the Huffington Post, “the patriarchy is written into the algorithms,” and Instagram, “needs to be actively working to see and hear [women and marginalized groups]. … Unless they’re inviting us to have a seat at the table, then we’re going to be written out of the code.”