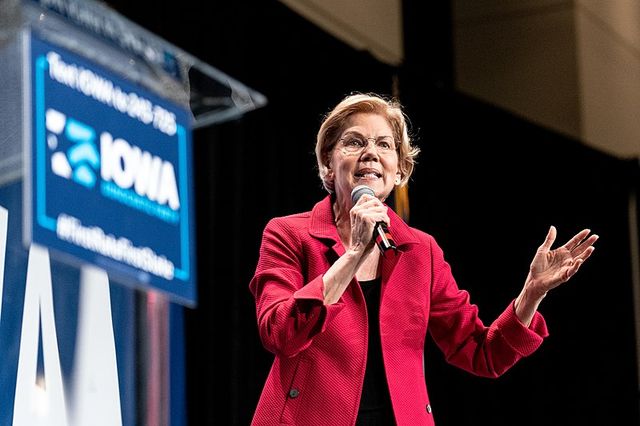 Elizabeth Warren recently was asked at a town hall in Exeter, New Hampshire, “how can we get men to vote for a woman for president?” to which she replied. “How about we give them a tough, smart woman to vote for!” and went on and said “I was told what I needed to do was smile,” and so stated that she would accept advice from the crowd.

Woman: "My question may seem simple, but how can we get men to vote for a woman for president?"

Sen. Elizabeth Warren: "How about we give them a tough, smart woman to vote for! ... I was told what I needed to do was smile more." https://t.co/PF7t7FW1yO pic.twitter.com/JXSUMSlwIP

Prior to this, both Joe Biden and Pete Buttigieg have argued about Warren’s demeanor in this race. They essentially indicated that she’s “antagonistic and angry.” And as this race is becoming more intense, and going further down the voting timeline, with more scrutinized competition, it should be focusing on the candidates’ experience and policy positions and not on their likability in terms of their gender.

Buttigieg at one point during this race, said that “We will fight when we must fight, but I will never allow us to get wrapped up in the fighting that we start to think fighting is the point," to which he then said that he thinks that Warren is fighting “half of America, and we’ll get nowhere with more division and polarization”.

Amanda Hunter, a spokeswoman for the Barbara Lee Foundation that conducts nonpartisan research on women running for office, and seeking to advance women’s equality and representation in American politics, remarked how hard it is for women to run for office without being criticized in terms of their gender, and again not on their policy positions. Hunter says that “Voters will not support a woman they do not like even if they believe she’s qualified,” and goes on with “but they will vote for a man they do not like.”

So, is this gendered criticism hurting Warren's chances? Or can men focus on what really matters – the candidates’ experience and policy positions?

We're not holding our breath.