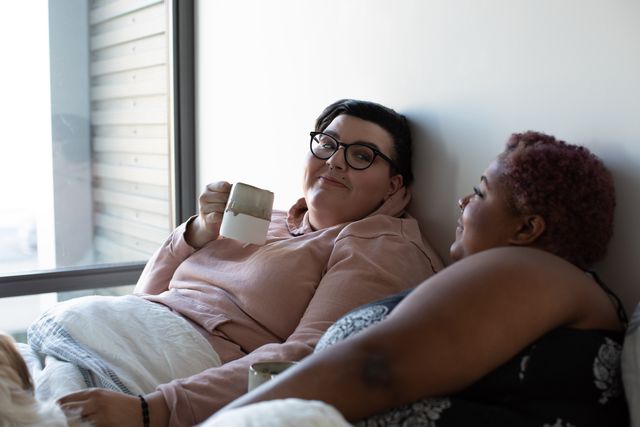 Members of the LGBTQIA+ Community: Are you tired of gender specific dating apps and looking for love while creepy couples scroll through your profile looking for a unicorn? Look no further, Lex is here!

Formerly known as PERSONALS on Instagram, Lex is a lo-fi social and dating platform specifically for lesbian, bisexual, asexual, and queer people. The Lex community is welcome to womxn and trans, genderqueer, intersex, two-spirit, and non-binary people looking to meet new lovers and friends.

WELCOME! THIS IS LEX. The app is coming Nov 7th and we’ve changed our name. Why? We're working hard to keep the creeps off the app and a name change is our first line of defense. We’re changing our name from Personals to Lex. Lex—short for lexicon—a community built on language. We've been beta testing for several months and already we’ve run into the problem of cis men writing ads (ads like ‘Looking for College Girls’ etc, super obvious). They may have supported the Kickstarter campaign or someone passed the beta link around. Many cis men search the word 'personals' on Facebook, Twitter, App Stores–hoping to find personals ads for them. We work hard to make it clear this app is for the queer community, even still, creeps sneak in. Making a safe space for queers is our highest priority—we have report functions built into the app which will automatically block users posts and profiles. (the admin will monitor the reports as well) Lex app will be available free to download in the App Store and Google Play November 7th!! #LexApp Lex is looking for funding support, investors. Lex is free to use. Please share with friends, spread the word. Photo by Christelle deCastro @christelle_studio

Unlike other sketchy dating apps, Lex presents text-based profiles first as opposed to images, reminiscent of the personal ads in the back of the vintage lesbian erotica magazine On Our Backs— or the now forgotten missed connections section of Craiglist. Their motto: text first, selfies second! This encourages a deeper connection based on similar interests and desires rather than just looks.

Lex (short for Lexicon) was developed by the founder of the popular Instagram account @h_e_r_s_t_o_r_y Kelly Rakowski. Rakowski is a photo editor and graphic designer based in Brooklyn, New York. Her @Personals account was open to the public, allowing lonely and/or horny queer folk of all sexualities to send their ads to her to be posted on the gram to the attract others within her loyal community of followers. The account gained so much traffic, though, that the overflow of ad submissions could not be contained by just one instagram account. After running a successful Kickstarter campaign, the app was launched this past Thursday. Rakowski is passionate about building a safe and loving online community and has a strict no creep policy. Discrimination of any kind on the app or the instagram pages are absolutely not tolerated. Rakowski’s budding vision of what social apps can be will hopefully revolutionize the culture of inclusivity that is currently lacking on other online dating sites. We can’t wait to see Lex grow!

The app is now available for iPhone and Android in the app store. Follow @lex.app on Instagram for more information.

Header Photo by AllGo via unsplashed