Trump's Conscience Rule Blocked Because It's Dumb as Hell 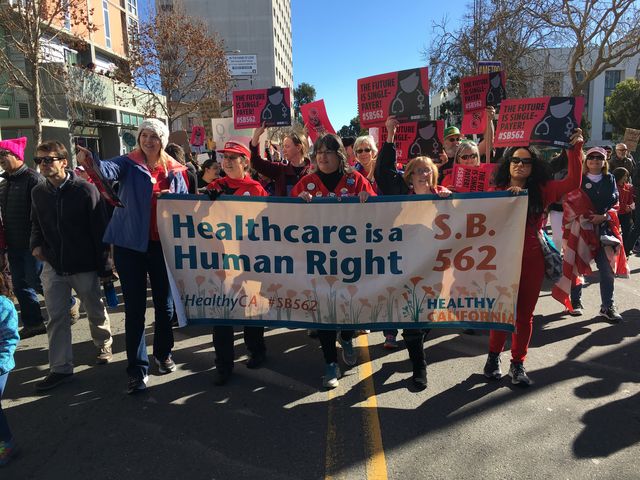 This past Wednesday, a Manhattan federal court blocked the Trump administration’s rule to allow doctors and other health care employees to refuse care for religious reasons. U.S. District Judge Paul Engelmayer declared that the Department of Health and Human Services “exceeded its authority and ‘acted arbitrarily and capriciously’ in promoting it,” according to NPR.

The rule was set to take effect on November 22, which would have allowed health care providers to, for example, reject someone’s choice to get an abortion because their religious beliefs don’t align with it. It was said that if employers “did not comply with the rule,” their federal funding could possibly be withdrawn, as NPR reported. Many critics believed that the rule was just a way to allow people to go around rules against discrimination, so more than two dozen states, cities, and organizations, including Planned Parenthood, filed lawsuits against Roger Severino, the director of the Health and Human Services’ Office for Civil Rights, and Alex Azar, the Health and Human Services Secretary. Severino called a health care worker’s religious choice to choose not to give health care their "conscience right," which attracted many complaints.

Of course, this rule is absolutely a form of discrimination. If the government were to allow a rule based on religious beliefs, it would end up going even further than abortions or gender reassignment surgery; it would eventually end up allowing people to refuse care because the person they would have to care for is of a different religion. To allow the personal views of health care workers to be prioritized over the needs of patients would be refusing someone what should be a human right. Everyone deserves the ability to get the health care they need.

It is so hard to wake up every day and see another careless decision made by the Trump administration: our president is deliberately choosing to get rid of laws that would have no reprecussions for a leathery, dry-skinned white man like himself. A conscience rule? That allows health care workers to be xenophobic, sexist, and racist — I could go on? And it was going to be implemented by a group of people who have never even tried to use their conscience? What a genius idea for a movie villain.