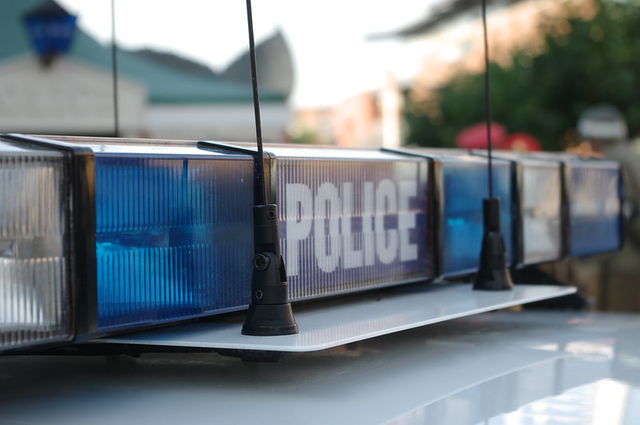 The New South Wales (NSW) police in Australia have performed strip-searches on more than 100 girls in the past three years, according to new data.

The data, which was acquired by the Redfern Legal Centre through a freedom of information request, reveals that since 2016, there have been about 3,919 strip-searches by police on women in NSW. Women aged 25 and younger accounted for almost half the searches, while the oldest woman strip-searched was 72 years old. And among the 122 girls forced to undergo the controversial practice were two 12-year-olds and eight 13-year-olds. Searches of boys weren’t included.

“Girls as young as 12 and 13, some just finishing primary school, are being taken by police to a strange place and ordered by someone with a huge amount of power to take off their clothes,” Samantha Lee, the head of police accountability at the Redfern Legal Centre, said. “There is no doubt these young women would have been scared, some terrified and most having no idea of their legal rights.”

Strip-searches apparently occur throughout all of Australia, but they have become notorious in New South Wales, where police officers often patrol festivals with drug-detection dogs. Just last month, the Law Enforcement Conduct Commission (LECC) held public hearings as a part of its investigation into the allegedly illegal strip-search of a 16-year-old girl at the 2018 Splendour in the Grass festival. She was one of seven children who were strip-searched at the event.

“I could not believe this was happening to me,” she said, according to her complaint. “I could not stop crying. I was completely humiliated.”

During the inquiry, it was stated that the girl was “left fearful and in tears” after she was forced to strip naked and squat in front of a police officer who then “looked underneath” her, The Guardian reports. The search took place without a parent or guardian present, which is a breach of police power; in NSW, police are allowed to perform strip-searches on children without the presence of a parent or guardian only if the situation is “urgent,” and if evidence may be at risk of being destroyed.

On Friday, the NSW coroner will release the long-awaited findings of an examination into six drug-related deaths at music festivals in the state. During the investigation, The Guardian reports that a witness described a police officer telling her she would make a strip-search at a music festival “nice and slow” if she did not tell her where she was hiding drugs. Along with festivals, strip-searches have also occurred at parks and train stations.

These new findings and statistics come after months of ongoing scrutiny against strip-searches by police officers, a controversial practice which has reportedly increased twentyfold from mid-2005 to 2018; on average, during this timeframe, NSW police didn’t find illegal drugs about two-thirds of the time.

“It’s highly likely the vast majority of strip searches are being conducted unlawfully,” said Vicki Sentas, a senior law lecturer at the University of New South Wales who has researched strip-searching statistics.

NSW Police Minister David Elliot recently defended the use of strip-searches on kids, saying he “would want” his children strip-searched if “the police felt they were at risk of doing something wrong.”

"Having been Minister for Juvenile Justice, we have 10-year-olds involved in terrorism activity," he said. He asserted that, during a search,“if drugs were uncovered in the process, parents would nonetheless be happy.”

However, Elliot did admit that the searches are not always appropriately used. "Of course they haven't always been used according to the standard operating procedures, and anybody who feels that has been done erroneously has got some reply to that," he said. NSW Attorney-General Mark Speakman has also defended the use of strip-searches, but acknowledged the policy was being reviewed.

In a statement, a spokesperson for the NSW police said officers “do not enjoy carrying out strip-searches” but that it is “a power that has been entrusted to us and searches reveal drugs and weapons… There are additional safeguards for children and vulnerable people with which police must comply; officers are trained to deal with the public in a respectful and empathetic manner.”

According to the New York Times, civil liberties advocates firmly disagree with this sentiment, stating that strip-searches are “an invasive overstep of paternalistic police powers that leave psychological trauma.” They also said that the laws allowing the tactic reflected a zero-tolerance drug policy that is “doing more harm than good.”

“It’s the only form of legislation that allows an adult to tell a young child to take off all their clothes,” Lee said. “If it was any other circumstance, the law would come down hard and heavy.”

Lee, of the Redfern Legal Centre, said it was obvious that “the current legal thresholds were failing to protect young people.” According to The New York Times, she has called for changes to legislation that would specify under which circumstances strip searches could occur and require court orders for children to be searched. Other critics believe these practices shouldn’t be routinely conducted for the minor offense of drug possession.

“Young children are particularly vulnerable and at risk of harm from being strip-searched,” Lee said. “The problem has been left to fester for many years. It’s time the police force caught up.”

Sweet Justice: See How These Seventh Graders Protested for Their Right to Free Period Products