Emma Watson Says She's "Self-Partnered, Not Single." And We Are Too Now 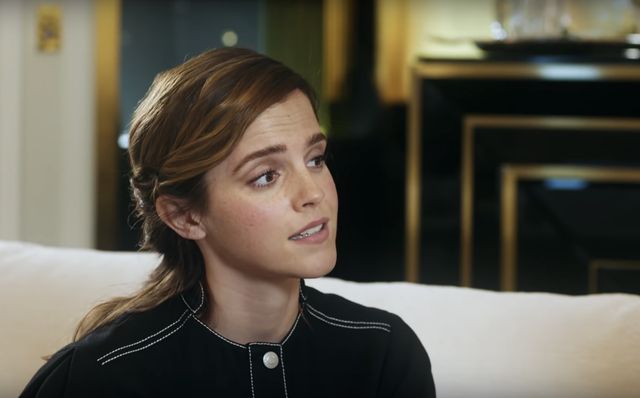 Emma Watson has empowered women yet again during an interview with British Vogue where she discussed her thoughts and feelings on turning 30 this April. At first, she didn’t understand the big fuss about turning 30. “This is not a big deal…” she continued during her British Vogue interview. Then, she got closer to the age and started freaking out a little more. “Cut to 29, and I’m like, ‘Oh my God, I feel so stressed and anxious.” Watson went on to say that women are made to feel like they haven’t done gotten to 30 correctly if they aren’t married, don’t have a baby, or aren’t in an incredibly stable place in their careers. “There’s just this incredible amount of anxiety.”

Although Emma Watson has anxiety about what society demands her life be, because she is a woman, her thoughts on being single at 30 might make women reconsider and challenge strict language that can be suffocating. Rather than calling herself single, she prefers to use the term “self-partnered.” While that term may sound funny and an easy jab at millennials and Gen Zers, it’s a term that could make people (women) feel better about being single at a time in life when it seems like people aren’t supposed to be. Self-partnered is a good term for understanding that it's important to be your own significant other when you are and aren't involved with someone else. You're still taking care of yourself!

How can anyone not love Emma Watson? From Hermione Granger to Meg March, she has been representing characters that all women can look to as empowering and as inspiration. Let's not forget that she launched a free sexual harassment helpline for women. Here's to another 30 years to her greatness!

Tags: Emma Watson , single , self-partnered , If you don't love yourself , how in the hell you gonna love somebody else?