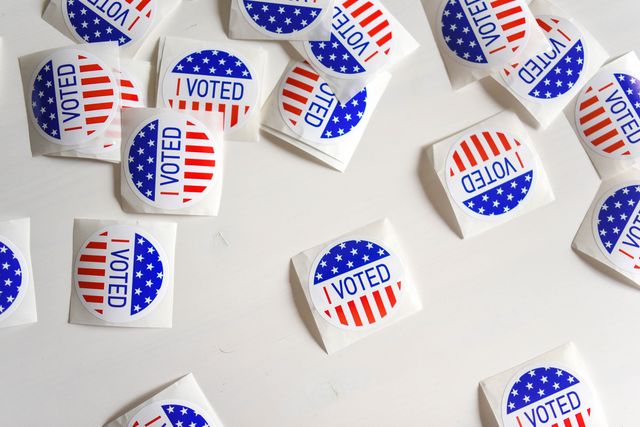 If there’s anything Americans have learned in the past four years, it’s that elections are important—no matter how small they are. The November 5th elections in Virginia are no exception. Not only are the right to a minimum wage and redistricting power up for grabs, but the state elections could also decide the fate of the Equal Rights Amendment (ERA), a constitutional amendment almost 100 years in the making.

The idea for the ERA came from feminist Alice Paul who saw the need for women’s liberation as extending beyond just gaining the right to vote. Today, ERA supporters similarly argue that all the legislative gains in gender equality will not be fully protected until women’s rights are enshrined in the constitution.

According to The Alice Paul Institute, the ERA was introduced in Congress every year from 1923 to 1972 when it finally passed both houses of Congress. However, the ERA got stuck in the ratification process, which required that at least ¾ of all US states (aka 38 states) had to ratify the amendment before it could officially be added to the constitution.

The issue is that Virginia state Republicans have blocked all previous attempts to ratify the amendment. Currently, Republicans hold narrow majorities in the State Senate and General Assembly, which, in February 2019, was enough to vote down the amendment in a subcommittee without ever allowing it to get a full committee hearing.

The good news is that Democrats have a lot of momentum in Virginia. The 2017 elections were a big win for the party who clinched the governorship as well as 15 seats in the House of Delegates. Democrats are hoping to keep this momentum up with a high turnout among young and non-white voters.

Even after 38 states have ratified it, there’s still a complicated road ahead before the ERA can become law. While the 10-year deadline for ratification has passed, it is debatable how final this deadline is. The official ERA website outlines the wishy-washy process of amending the Constitution, which is laid out in Article V of the Constitution and has been further developed through several court cases.

Article V doesn’t outline an exact time period for ratification, but the 1921 Supreme Court decision Dillon v. Gloss stated that Congress may impose a definite time period for ratification. In 1939, Coleman v. Miller stated that Congress could put an amendment into effect so long as it believed the ratification occurred in a "reasonable" timeframe so that it represents "the will of the people in all sections at relatively the same period." While nearly 50 years may seem long by these standards, the Madison Amendment, first sent to the states for ratification in 1789 and wasn’t officially passed until 1992, a whopping 203 years later. ERA supporters argue Congress could extend the deadline since it isn’t written into the amendment itself.

An additional hurdle is that five states—Nebraska, Tennessee Idaho, Kentucky, and South Dakota—have tried to rescind their ratification of the amendment. Whether these recessions would affect the official tally is still to be determined, but there is a precedent that they shouldn’t be counted.

Even with election day is upon us, there is still a lot to do. Encourage people to vote and keep an eye on the close races collected by this campaign for VA to ratify the ERA.

Tags: equal rights amendment , virginia , elections , politics
Support Feminist Media!
During these troubling political times, independent feminist media is more vital than ever. If our bold, uncensored reporting on women’s issues is important to you, please consider making a donation of $5, $25, $50, or whatever you can afford, to protect and sustain BUST.com.
Thanks so much—we can’t spell BUST without U.