Sweet Justice: See How These Seventh Graders Protested for Their Right to Free Period Products 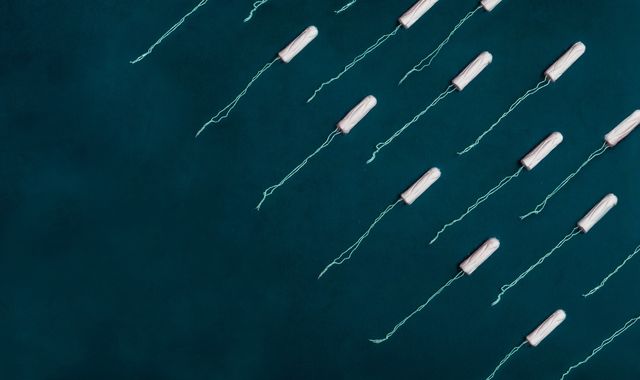 Last Tuesday, a tweet from NARAL (National Abortion and Reproductive Rights Action League) President Ilyse Hogue went viral after thousands of people online rallied to support a group of seventh graders who began an unexpected mini-movement in their classroom. The students pressed their male principal to begin providing menstrual products, specifically tampons, for free in the school’s restrooms. The principal refused, stating that the kids would abuse the privilege if the tampons were made accessible in the school. How did the junior activists respond? With the power of baked goods! The class staged a protest and made their own tampon sugar cookies to present to the principal.

My friend’s 7th grader goes to a school where the kids organized for free tampons in the bathroom. The male principle said no because they would “abuse the privilege.” The kids decided to stage a cookie protest. Behold the tampon cookies! pic.twitter.com/jz2KtbhOhS

The cookies are more than just a sweet gesture. The cost of tampons in stores is anywhere between $6 to $16 depending on the size, material, absorbency, and brand of the products. That's not including the whole range of other period products that people who menstruate often use alternatively, like pads and menstrual cups. That amount might not seem large to some, but overtime those costs add up. For young people who do not yet make a steady income, the cost of menstrual products is a financial sacrifice many are forced to make-- and they shouldn’t have to. Menstrual products are a necessity-- not a luxury. A “State of the Period” survey commissioned by the period underwear brand Thinx and non-profit organization PERIOD shows that more than 4 in 5 students has either missed class time or know someone who has missed class time because they did not have access to period products. An even more shocking statistic in the report shows that 1 in 5 teens have struggled to afford menstrual products or could not afford to purchase them at all. From an educational perspective, students who either do not have access to menstrual products temporarily or cannot afford to purchase their own due to financial reasons are not receiving the proper resources they need from their schools in order to learn and thrive. It’s 2019. We must begin to treat period products like any other basic essentials provided in a public space, like hand soap and toilet paper. We’re proud to see this brave group of middle schoolers demand what is right with a little sugar and a lot of spice. If this is a sign of what’s to come from this next generation of feminists, we are hopeful for a more inclusive future ahead of us.