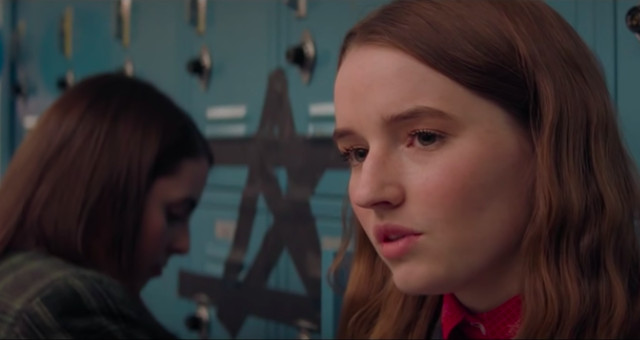 The film Booksmart shows graduating seniors Molly and Amy on a wild romp through their last 24 hours before high school graduation—a day packed with parties, plot twists, and romance. Despite the film’s critical success and popularity, several airlines have allegedly decided that the girls’ wholesome fun is too queer for in-flight entertainment.

This is truly a bummer. There is no nudity in this scene. What makes it too obscene for airplane viewing? What airline? https://t.co/5QwlomY2fR

The news broke when film and TV journalist Michaela Barton posted that a romantic scene between Amy and her same-sex love interest, including their kiss, was edited out of the version of the movie shown on her flight. Fliers are also alleging that even the word “lesbian” was edited out of the film. According to Insider, some of the guilty airlines included Delta, Emirates, and Etihad Airways. However, Twitter users say that this only applies in some cases, with other airlines showing the full uncut version of the film.

Obviously, this censorship is ridiculous, and the cast has said as much. “If you can watch me and Skyler [Gisondo] kiss, you can watch Kaitlyn and Diana kiss,” Booksmart actress Beanie Feldstein said, referring to the film’s heterosexual kiss, which wasn't edited out. This double standard is unfair regardless of how graphic a film’s content is, but part of what makes this decision so baffling is that Booksmart’s lesbian scene is relatively tame. As Wilde pointed out on Twitter, it features no nudity and isn’t even technically a sex scene. Before she can get down and dirty, Amy (Kaitlyn Dever) accidentally vomits on her crush after a night of binge drinking, an unfortunate incident that makes the scene more funny than steamy.

Kaitlyn Dever and Beanie Feldstein will "get to the bottom" of #Booksmart's queer storyline being removed from an airline version: "@oliviawilde's on the case, something will happen. She's a powerful woman" #GovernorsAwards pic.twitter.com/0h4OaPGgrq

Digital Spy reports that Delta has responded to these claims in a statement, which said: "Delta's content parameters do not in any way ask for the removal of homosexual content from the film." This was followed up by a promise to “review our processes to ensure edited video content doesn't conflict with these values." However, there’s little reason to believe this behavior will stop since the airline similarly censored the film Carol in 2016. Much like their statement about Booksmart, the airline reacted to the controversy by explaining that the situation was out of their hands.

“Unfortunately, Delta doesn’t have the rights to edit the movie or to make the decision to keep some of that content (e.g. kissing). Because of the explicit scenes included in the nonedited version, we chose the edited version. This is consistent with what is available to all airlines,” a company rep said, according to NewNowNext.

For the other two airlines Emirates and Etihad Airways, this also isn’t the first time they’ve dealt with blowback from the LGBTQ community. Earlier this year, Emirates was called out for showing versions of Lady Bird and the BBC America drama Killing Eve with censored queer scenes. Like Delta, the airline claimed that the film was edited by a third party. “Emirates acquires mostly theatrical unedited versions of content, but as a family-friendly airline serving an international audience, where there is excessive violence, sex, nudity or language, we opt to license the edited versions created by the studios/distributors” the company explained.

For Emirates and Etihad there are additional cultural factors to consider, which make the issue more complex. Both airlines are based in the United Arab Emirates, a country that, as of 2017, still listed the death penalty as a punishment for homosexuality, though it is rarely enforced. This homophobia has infiltrated the operations of these airlines in high profile ways. In 2016, a gay couple wasn’t allowed to board an Emirates flight and held in a secluded room for two hours. Though Delta has also had some anti-gay controversies in the past, people argue that Gulf airlines have a particularly acute history of homophobia. In a 2017 op-ed for The Hill, former Human Rights Campaign president, Joe Solmonese wrote that “Gulf carriers like Qatar Airways, Emirates and Etihad Airways are consistently hostile towards the lesbian, gay, bisexual and transgender community,” noting the airlines are state-owned and that LGBTQ people are banned from employment there.

It’s hard to pinpoint any one entity responsible for this censorship. Is it the distributors for cutting such straight-washed versions of these films? The airlines for accepting these copies? Or is it a bit of both? Humans, in general, should be open about consensual sex regardless of the genders engaging in it. However if we, as a society, are going to be uptight about sex, the least we could do is be equitable about it.

Olivia Wilde Called Out The Sexist Way We Talk About "Booksmart"