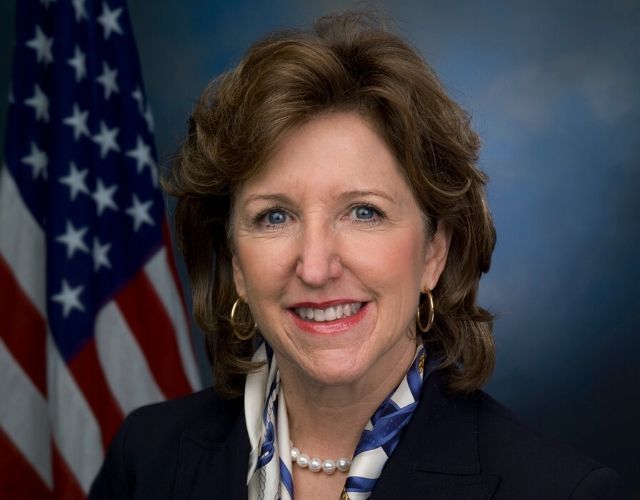 Kay Hagan, former Senator of North Carolina died Monday, October 28, at 66 years old. She died at her home in Greensboro, North Carolina. She’s survived by her family, her husband Chip, and her three children, Jeanette Hagan, Tilden Hagan, and Carrie Hagan Stewart. Her family said in a statement: "We already miss her humor and spirit as the hub of our family, a role she loved more than anything. Nobody could light up a room and make people feel welcome like Kay".

Hagan was diagnosed with encephalitis in 2016, which is inflammation of the brain, and was hospitalized for six months thereafter. This was due to the Powassan virus that’s a virus spread by ticks from animals to humans. She then had difficulty standing, walking, and her ability to speak became limited.

Former Vice President Joe Biden said in a statement Monday that he had visited with Hagan in Durham, North Carolina, on Sunday, and remembered her as "a courageous soul who lived every day of her too-short life with incredible dignity and character, even as the days became more difficult physically".

Former President Barack Obama offered his condolences to Hagan's family, and stated that she’s to be remembered as a “terrific public servant” and “always focused on making progress for the people she served”. He’s also said that "As President, I deeply appreciated her reasoned, pragmatic voice, whether we were working together to pass the Affordable Care Act, reform Wall Street, support working families, or just make Americans' lives a little better," and that "Her record is one all public servants would do well to follow, and her perspective is one we'll sorely miss".

First a lawyer, then banker, Hagan then went into politics in 2008. She’s contributed a prodigious amount politically to women’s rights, abortion rights, and LGBT rights, just to name a few.

Governor Roy Cooper of North Carolina ordered all U.S. and North Carolina flags to be lowered to half-staff through sunset Tuesday, at state buildings, facilities and grounds. And, he’s stated that “Kay was a fierce advocate for North Carolina, and she represented our state with courage and grace her entire career. She made it a mission to inspire young people — especially young girls — to enter public service, and she served as a role model to so many. North Carolina is mourning one of our best today."