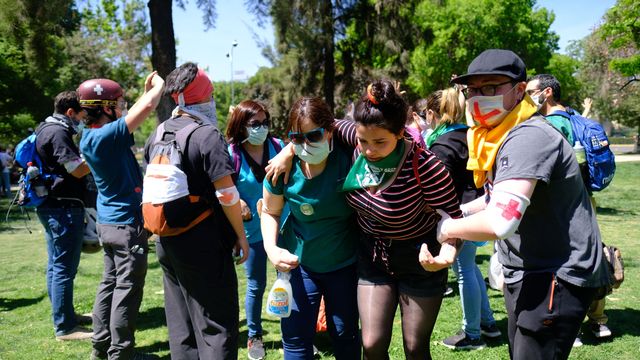 In Chile, the military is killing people once again. The last time the Chilean military unleashed war with tanks and helicopters was to destroy its own presidential palace, La Moneda, on September 11, 1973. This began a military dictatorship that lasted 17 years, in which Chileans were notoriously raped, tortured, assassinated, and left as missing persons, who were the bravest and most revolutionary of their time.

It is Tuesday, October 22, 2019 (nearly half a century later), and today, in Chile, there are more deaths— murders by the bullets of our own military’s machine guns.

It all started on Friday, October 11, when the Piñera administration (the first right-wing president to be democratically-elected) announced an increase in the price of public transit fares. The new monthly rate is equivalent to 20 percent of the monthly income for a Chilean working at the minimum wage.

Then, a miracle happened. One morning, a group of students occupied the entrance of a subway station. They invited passengers to enter without paying. Students of 14, 15, and 16 years old held the door wide open for fare evasion. And the people accepted. This began a dance—a game of chess between authorities and civilians. From then onward began a spiral of violence that is escalating day by day.

President Piñera's first response was to authorize police entry into metro stations and subway cars to go after the protesting students. A teenage girl was attacked and found bleeding on the floor, bullets lodged between her legs. Then, Piñera decreed a state of emergency: he suspended the right to assembly and public transport throughout all of Santiago. For the first time in decades, a military representative addressed the masses on television: Javier Iturriaga, the Chief of National Defense. Yet, the people’s response was to take to the streets anyway. And in Chilean cities beyond the capital, the masses were clinging pots and pans together as a protest chant. Students, mothers, grandparents, children, and toddlers; the Chilean family was united in plazas and avenues.

It was the government’s move, so Piñera and Iturriaga announced a toque de queda, a curfew, stipulating the arrest of anyone found on the streets. The people responded with insurrection: they occupied the streets in defiance. In the daytime, with song and dance. In the nighttime, they torched buses and subway stations. Today, Chile has the scent of revolution and the odor of dictatorship.

But perhaps it all started before, when the mayor of Santiago, Felipe Alessandri, responded to the national student movement by inserting special forces in public school classrooms. Or, when the owners of the Chilean public pension system received profits that they did not share with the workers—the true owners of those funds. Or, when there were no longer specialists in public hospitals. Or, when the human rights violations in the face of Augusto Pinochet’s military dictatorship were left unpunished. Or, when we did not change the constitution that Pinochet wrote, which continues to the present and is the legal framework that the military continues to follow.

There is no official information on how many people have died. There are only videos on social media. One video shows soldiers lifting the body of a young man into a truck. Another shows the police dragging live, bleeding bodies along the street. In another, a woman records a video: she explains that the police arrested her, took her to a police station, removed her clothing, and doused her in water. At the police station, she saw other people, including children, naked and wet.

I do not live in Chile. I am away from my country. My friends and my family tell me what is happening through text message. They send me joy. I watch their videos during the day, protesting in the plazas, singing with their children. They are celebrating that the people have risen, and they are calling for justice and an end to the state’s abuse. One part is carnival. The revolution that we have all been waiting for has arrived.

But at the same time, the President has appeared on television, announcing “we are at war.” And every day, there are more machine guns, tanks, and helicopters in the street. We are afraid because the wound from the dictatorship feels dangerously fresh and dangerously alive. Because we know what the military is capable of. 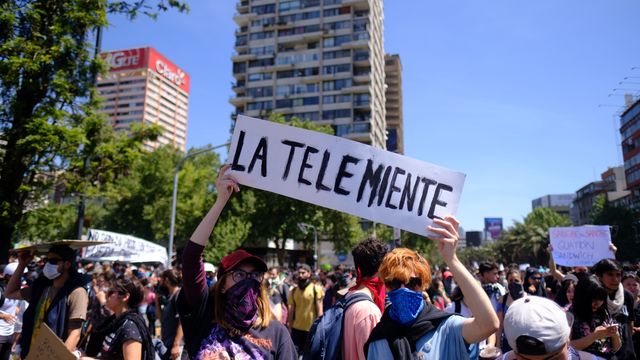 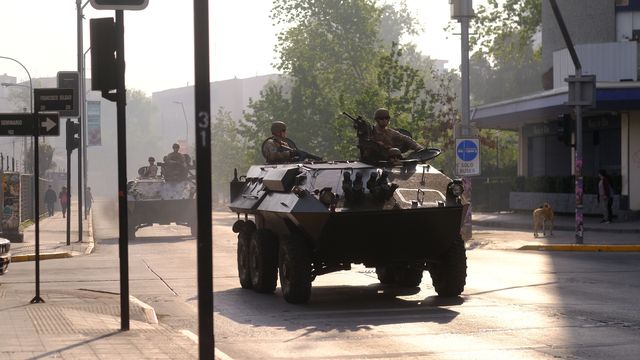 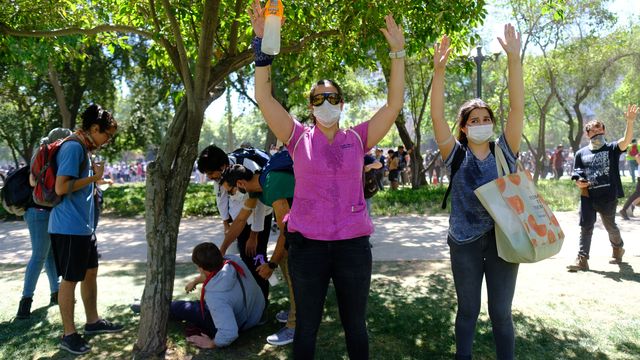 By Arelis Uribe,Translated by Leah Susman
All photos captured and provided by Fernando Ramirez

Tags: Chile , protests , military , murders , violence , human rights violation , revolution , news , feminism
Support Feminist Media!
During these troubling political times, independent feminist media is more vital than ever. If our bold, uncensored reporting on women’s issues is important to you, please consider making a donation of $5, $25, $50, or whatever you can afford, to protect and sustain BUST.com.
Thanks so much—we can’t spell BUST without U.