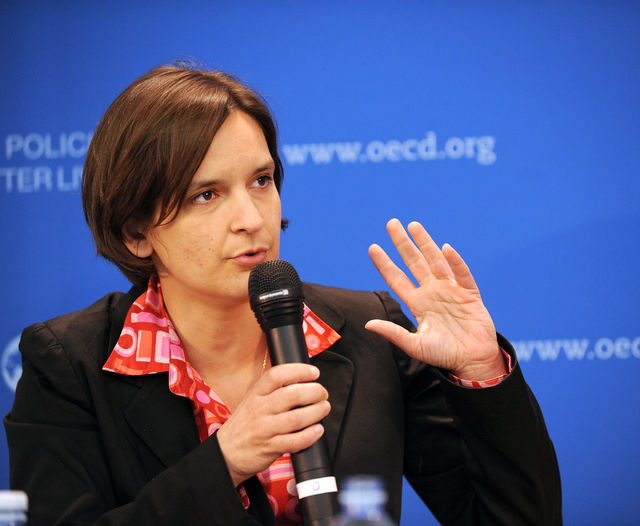 On October 14, Esther Duflo became the second woman in history to win the Nobel Prize for Economics. Duflo won the award along with her husband, Abhijit Banerjee, and fellow economist Michael Kremer. The three of them earned the prize for their pioneering work in development economics.

The Nobel Prize website explains that their work looked at the issue of global poverty by “dividing this issue into smaller, more manageable, questions.” To do this, the team ran experiments looking at factors like health and education, using the knowledge they gained to improve the general understanding of global poverty.

In an interview on the Nobel Prize YouTube channel, Duflo noted that a core tenet of her work is that before you can truly help a community, you have to understand it first. However, this doesn’t mean that each situation is entirely isolated. The Prize-winning MIT professor explained that though her experiments may seem to reveal broad answers, “from this general finding you can extract a lesson that you then tailor to each individual context.” The Prize’s website claims that Duflo and her team’s work has directly aided the education of millions of children in India and has boosted preventative healthcare in numerous countries.

The only other woman to win a Nobel Prize for Economics was Elinor Ostrom, who won the prize in 2009 for research that, according to her website, showed “ordinary people are capable of creating rules and institutions that allow for the sustainable and equitable management of shared resources.” Three years after receiving the prize, Ostrom passed away at 79. This means Duflo is the only living woman to receive the prize, and, at 46, she is the youngest winner ever, regardless of gender.

Duflo knows that these stats are a bit grim, and she hopes the field changes, starting with the overall tone of the profession. “We need to work on a culture that is more respectful and more acceptable for many women who think that they don’t want to play the games of shouting at each other,” she said. “We need to make progress in showing to younger people that economics is relevant for problems they care about. It’s true for women but it’s also true for minorities”

What You Need To Know To Understand Economic Privilege

Tags: esther duflo , nobel prize , global poverty , economics
Support Feminist Media!
During these troubling political times, independent feminist media is more vital than ever. If our bold, uncensored reporting on women’s issues is important to you, please consider making a donation of $5, $25, $50, or whatever you can afford, to protect and sustain BUST.com.
Thanks so much—we can’t spell BUST without U.