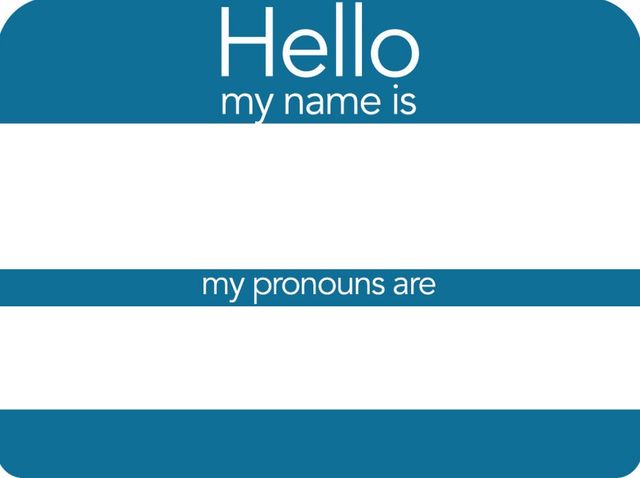 Being addressed or described with the correct pronouns is an experience that many cisgender people take for granted. But for many trans and non-binary people, the simple measure of being called the accurate pronouns can be a significant instance of validation and support for one’s identity. Additionally, it can have a positive effect on one’s physical and mental health.

Today, Wednesday October 16th marks the second International Pronouns Day. Started by a group of LGBTQ activists in 2018, the campaign “seeks to make asking, sharing, and respecting personal pronouns commonplace,” Luca Maurer, one of the founders, wrote for The Advocate.

➡️ Singular "they" is grammatically correct.
➡️ Refusal to use someone's correct pronouns is refusing to respect their identity & experience. ?
➡️ Cis people can help normalize pronoun use by offering their own without being asked!

In October, 2018, The Journal of Adolescent Health published a study from the University of Texas at Austin which found that chosen name use is related to reduced depressive symptoms, suicidal ideation and suicidal behavior among transgender youth. When trans and non-binary people are referred to by the wrong pronouns, it gives credence to marginalization and violence, resulting in circumstances that put people’s health and safety at risk. Violence against the transgender community, particularly women of color, has been consistently on the rise.

In his article for The Advocate, Maurer detailed that violence and hostility against trans and non-binary individuals “is often demonstrated by intentional or repeated use of the wrong pronouns.” “Using the right pronouns is a critical step in acknowledging the humanity of transgender and non-binary people,” he continued.

It's really quite simple:

Pronouns are important to everyone, not just LGBTQ people.

If you were a cisgender male (assigned male at birth and identifying as male) but referred to as she/her, you'd be uncomfortable, right?

Now, turn that into empathy for us.#PronounsDay

If you wanna know why including pronouns in your bio is so important for cis allies, take a look at the #PronounsDay tag.

We are erased and attacked by ppl who dont believe we deserve basic dignity. When you dont have pronouns, we can't figure out which sort of cis you are. pic.twitter.com/ZqzT19owhO

To celebrate/support International Pronouns Day, people of any gender are encouraged to share their pronouns on social media and/or add them to email signatures and social media profiles. Sharing pronouns regardless of one’s gender normalizes the experience and makes it inclusive, so the responsibility is not just on trans and non-binary people. Pronouns align with one’s gender identity and acknowledging their importance is a crucial step towards creating safe and inclusive spaces.