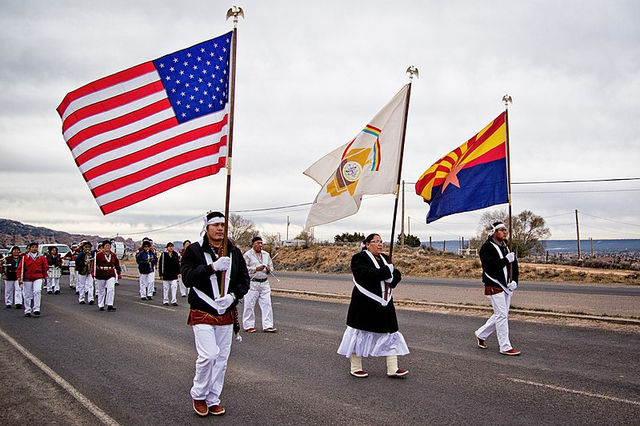 A federally funded study conducted by the University of New Mexico found that hundreds of Navajo women have dangerously high levels of uranium in their bodies. The study is extremely concerning considering the abandoned uranium mines (AUM), that are likely responsible for this poisoning, have been closed since 1986. Yet, the effects of this operation continue to place people dwelling within the Navajo nation at serious risk.

Uranium is a natural metal found commonly in the Earth in small particles. But radiation from high deposits of the metal and large quantities found in the air, soil, crops, and water supply have many negative health effects on those who come in contact with these AUMs everyday. Human contact with high levels of uranium and uranium-radiation are linked with high blood pressure, kidney disease, autoimmune disease, lung cancer, bone cancer, and reproductive dysfunction.

Out of the nearly 800 Navajo women who participated in the study, over a quarter tested positive for high uranium levels. A group of babies within the Navajo tribe tested positive for high levels of uranium as well. To be clear, this is an act of environmental racism and misogyny and (surprise, surprise) it’s all the U.S. government’s fault. How do we know this? Well, let’s take a trip down memory lane to the Cold War...

When the United States began investing in nuclear power towards the close of the war, they needed as much metal as they could find to begin building fancy new death machines to use against potential enemy foreign powers. Uranium was one of these important natural resources. Mining companies scrambled to meet this demand and began drilling away for precious uranium, but they couldn’t just drill anywhere: they had to choose a plot of land rich with resources and remote enough from the general white population so their work could go uninterrupted. So, they chose the Navajo Nation.

According to The U.S. Environmental Protection Agency, over 500 uranium mines were built on the land. Between the years of 1944 and 1986 when the uranium mines on the Navajo Nation were active, nearly 30 million tons of uranium were extracted from the land to use for various reasons. The military used the metal to build military shielding, weapons, planes, helicopters, and also to fuel nuclear weapons and nuclear power plants. All the military’s favorite things (cue The Sound Of Music song and dance no.).

Congresswoman Deb Haaland of New Mexico, along with fellow Democrats from her home state, are pushing Congress to draft legislation which would expand restitution to indigenous communities, within New Mexico, who are being directly affected by the painful legacy of our country’s atomic experiments. Haaland knows the effects of uranium exposure first hand.

She opened up about her close relative's hearing loss due to uranium exposure while speaking at the Indian Affairs committee oversight hearing this past Tuesday. “We all deserve to live healthy lives free from the impacts of harmful radiation, but the legacy of uranium mining in Indian Country puts our communities at risk."Haaland assured her constituents she was committed to using her power as a legislator to reverse the damage that has been done unto indigenous communities by the hands of the U.S. government in New Mexico and across the country.