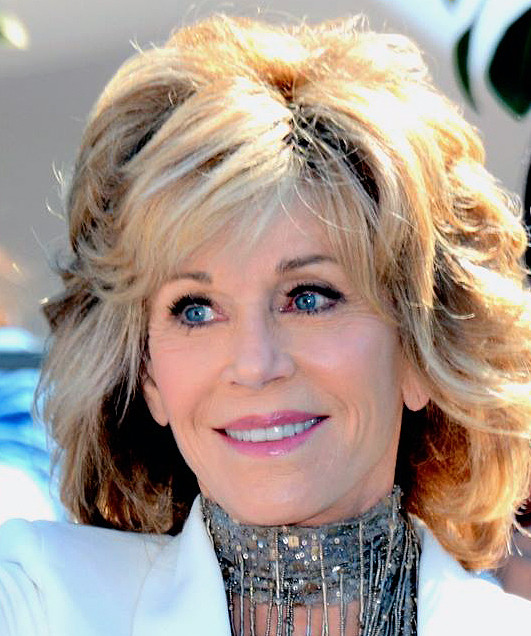 “Inspired by the growing movement of young climate strikers, Fonda decided to move to the nation’s capital for four months to take up their baton. She will be joined at every ‘Fire Drill Friday’ through at least mid-January by celebrities, scientists, economists and people from impacted communities who will speak and some of whom will invite arrest.”

Regarding Fonda’s arrest, the U.S. Capitol Police released a statement to ET saying:

“Today, the United States Capitol Police arrested 16 individuals for unlawfully demonstrating on the East Front of the U.S. Capitol. All were charged with D.C. Code §22-1307, Crowding, Obstructing or Incommoding.”

This is not the first time Fonda has been arrested. Many are familiar with the star’s famous mugshot where she holds her fist up as a sign of resistance. Her 1970 arrest occurred while she was on a speaking tour for an anti-Vietnam War campaign. When she flew from Canada into Cleveland, Ohio, airport security allegedly searched her luggage and found multiple bags of vitamins they assumed were drugs. Fonda was then arrested and charged with drug smuggling until the vitamins were tested. After which, she was released and the charges were dropped.

Mike Valerio, a local White House reporter with CBS station WUSA, was on site and tweeted that Fonda will “be here *every* Friday into 2020—demonstrate, get arrested, repeat.”

Planning to be arrested while protesting climate change political paralysis.

She tells us she’ll be here *every* Friday into 2020 — demonstrate, get arrested, repeat.@WUSA9 #ClimateChange #breaking #FireDrillFriday pic.twitter.com/4bvV4qVmxg