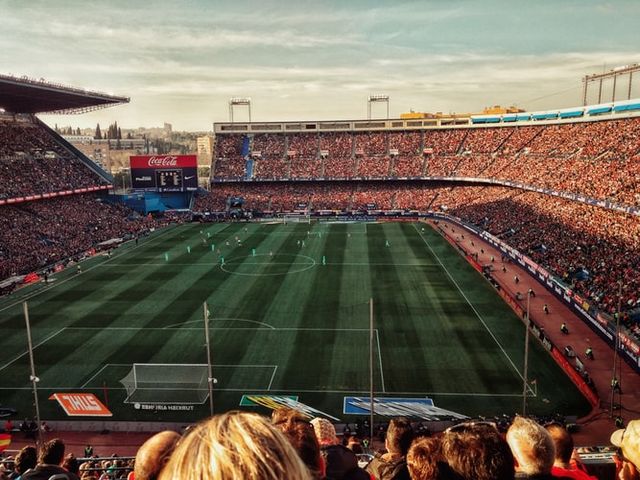 Iranian women will be able to officially enter a soccer stadium on Thursday for the first time in nearly 40 years to watch Iran's 2022 World Cup qualifier against Cambodia, a historic feat after FIFA threatened to suspend the country over its controversial male-only policy.

Last month, FIFA ordered Iran to lift the ban and allow women access to its stadiums “without restrictions and in numbers determined by demand for tickets.” After the initial allocation of 3,500 tickets for female fans quickly sold out, an additional 1,100 were released for the match at the country’s national Azadi Stadium.

One of the 3,500 women to have secured a ticket was Raha Poorbakhsh, a soccer (known as football in Iran) journalist. “I still can’t believe this is going to happen because after all these years of working in this field, watching everything on television, now I can experience everything in person,” she told AFP, an international news agency.

Soccer author and writer James Montague also commented on the event, telling CNN: "This is a hugely historic moment for Iranian football, but also for the Iranian women who have protested in the face of [the risk of] being caught and almost certainly sent to Evin Prison, the famous prison for political prisoners in Tehran.”

According to The Guardian, Iran’s ban on women entering sports stadiums isn’t written into law or regulations but has been strictly enforced since the 1979 Islamic Revolution. Since then, only in rare instances have women been allowed to attend a game—about 20 Irish women attended a World Cup qualifier in 2001, and four years later, a few dozen Iranian women were allowed to watch the country's national “Team Melli” play against Bahrain.

Despite Thursday’s game being a historic event for Iranian women, Human Rights Watch (HRW) called the cap of 4,600 female fans (out of a 100,000 stadium seat capacity) "discriminatory, deceptive, and dangerous."

“The effective 5% quota on seats for women contravenes FIFA's constitution, statutes, and its human rights policy,” the organization said. “Article 4 of its statutes states that discrimination against women ‘is strictly prohibited and punishable by suspension or expulsion' of the FIFA member.’”

Iranians in Iran are tweeting with #WakeUpFIFA hoping that @FIFAcom could ensure that all women who want to watch the Oct. 10th game can attend the stadium. Government has capped the seats for women at 3500.@HRW thinks the cap is discriminatory & dangerous.https://t.co/K1qJ3agCg6 https://t.co/CovCbdLdiE

@FIFAcom
This is absolutely unfair that we have to change our appearance to a man to see our team play in the stadium and cheer for it from the stands.
Football is suppose to bring equality and unite people regardless of nationality and gender.
This is not Football#WakeUpFIFA pic.twitter.com/c0AO113sLE

According to Iran's Fars News Agency, the female spectators at tomorrow’s match will be segregated from the men and watched over by 150 female police officers. Photos on social media showed fencing being put up around the designated women-only sections.

In recent months, FIFA has been pressured to force Iran to overturn its ban on women entering sports stadiums, particularly after the death of Sahar Khodayari, a female fan who died from setting herself on fire to protest being denied access to a Tehran soccer stadium. Dubbed the “Blue Girl” on social media after the colors of her favorite Iranian soccer team, Khodayari was charged with “openly committing a sinful act by… appearing in public without a hijab” when she tried to enter a stadium “dressed as a man” in March, human rights group Amnesty International reports.

But despite some anticipated pushback, many people on the streets of Tehran said they supported the decision to allow women into stadiums.

"All eyes are on Tehran to see if this actually happens," Montague said to CNN. "It's a very changeable situation and at the last minute it could switch, so everybody is waiting, holding their breath and hoping that Iranian women will finally get to see the national team play a game of football in their home country for the first time in 40 years."