How Overzealous Research Landed A Cross-Dressing Victorian Writer In Jail 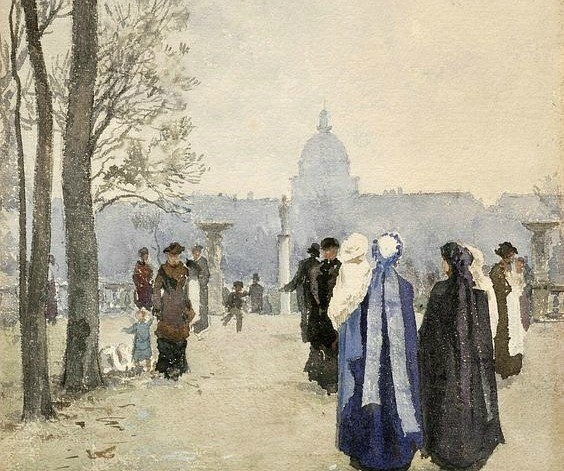 Just before midnight on June 25, 1891, a police detective encountered two women strolling arm-in-arm down Regent Street. One of the women struck him as being rather odd in appearance. He approached to investigate, but when he attempted to raise the heavy black veil on the lady’s hat, she firmly knocked his hand away. It was then that the detective realized that the lady was, in fact, a very elderly gentleman in women’s clothes. He promptly arrested him.

The elderly gentleman—who stated that his “nom de guerre” was Luke Limner—was taken to Marlborough Street Police Court where he was charged with “being in a public thoroughfare dressed as a woman.” Initial newspaper reports addressed his behavior with equal parts humor and scorn. For example, the 27 June 1891 edition of the Aberdeen Evening Express describes him as being “grotesque in appearance.” While the 29 June 1891 edition of the York Herald labels him “an extraordinary freak of an old gentleman.”

Aged anywhere from 64 to 75 (depending on the report), Mr. Limner presented what many found to be a comical appearance. He was bald with a bristly, grey moustache and wore a pair of gold-rimmed spectacles perched on his nose.  In every other respect, however, he was dressed as a woman. As the Aberdeen Evening Express reports:

“He wore a blue serge skirt fringed with red, a black bodice, which by its appearance suggested the presence of a corset and padding beneath, a fashionable light-coloured cape with Medici collar, a matador hat, and a pair of large high-heeled shoes.”

In addition to this somewhat eccentric ensemble, the York Herald reports that Mr. Limner was also wearing a “mass of artificial fringe” attached to his forehead.” False hair was quite popular during the late nineteenth century and could be bought in large or small pieces and pinned into one’s existing hair. Given that he was bald, it is not entirely clear how Mr. Limner adhered his false fringe to his forehead. 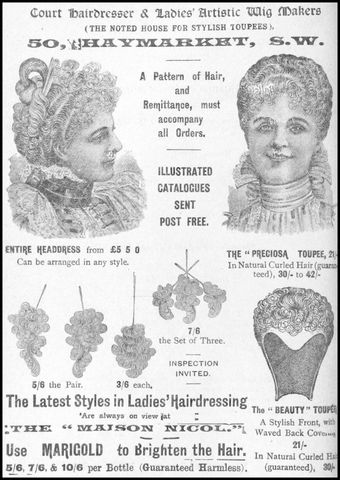 When asked to account for his behavior, Mr. Limner told the court that he was an artist and a writer of “one of the most popular works extant.” He stated that he had “conceived the idea” of writing a book on women’s fashion. However, he did not feel that he could accurately write about such things without experiencing them himself. As he enquired of the court:

“How could I tell whether corsets and high heels really hurt if I did not walk about in them?”

Mr. Limner went on to describe the history and functionality of each of the items he was wearing. He stated that the hat he wore was “originally worn by men” and that the cape with Medici collar had been “fashionable in the reign of Henry VIII.” The Aberdeen Evening Express reports that he then lifted up his skirts to reveal “a pair of slim calves covered with dark blue stockings,” and declared to the court that:

“After all, [a skirt] is but a pair of trousers with one leg, and I can assure you, sir, is remarkably airy and nice in this sultry weather.”

At the conclusion of Mr. Limner’s statement, the presiding judge, Mr. Newton, asked the jailor whether or not it was true that Mr. Limner was a known author. Mr. Limner replied, “Oh, everybody knows me. I have written for the ‘Graphic.’” His claim carried little weight with the court.  As the Aberdeen Evening Express reports:

“Mr. Newton remanded the prisoner for a week for inquiries to be made respecting his antecedents, a decision which seemed to astonish the old gentleman, who was led out of the Court apparently very much crestfallen.” 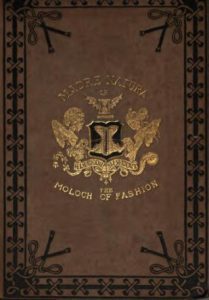 Was the elderly gentleman in women’s clothing really an author doing research? It appears that he may have been. Luke Limner was, in fact, the pen name of John Leighton, a Victorian artist and book cover designer who, in 1891, would have been 69-years-old. In 1847, he wrote a book on women’s fashion titled Madre Natura or the Moloch of Fashion. In it, he railed against the excesses of women’s fashions and accused the female sex of stuffing their heads with “flounces and furbelows, ribbons and gauze, exhausting their fine imaginations, instead of diverting them into worthy channels.”

In 1874, the fourth edition of Madre Natura was published. When arrested, the cross-dressing gentleman purporting to be Limner stated that a fifth edition of his most popular book would soon be released. Was this a fifth edition of Madre Natura? And, if so, did Leighton/Limner decide that it was about time he dressed up in women’s clothing and discovered for himself whether or not (as he states in his book) high heels really caused “injury to the Achilles tendon” or corsets really did displace the abdominal organs? This certainly seems possible. However, as the 27 June 1891 edition of the Globe so reasonably points out:

“It is…not quite clear whether it is absolutely necessary to wear corsets and high heels in Regent-street about midnight in order to be able to pronounce upon their hurtfulness or the reverse. A less public practising-ground could surely have been chosen.”

**If you would like to learn more about John Leighton and Madre Natura, the following links may be useful:

The Book Cover Designs of John Leighton (The Victorian Web)

Luke Limner, Madre Natura Versus The Moloch Of Fashion (Courtland Institute of Art)