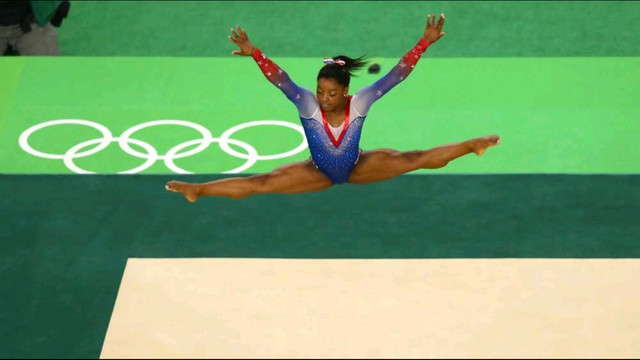 Simone Biles is a superstar athlete, and everybody knows it. But despite all Biles has accomplished, including having two moves named after her, the International Gymnastics Federation (FIG) won’t give her proper credit for her achievements.

Because Biles is able to perform moves that literally no one has done before the FIG’s women’s technical committee has to evaluate the levels of difficulty of each move and assign it a point value for scoring. In this points system moves are given letters, starting with A. An A is worth .1 point, and with each proceeding letter the point level increases by .1 points based on difficulty, meaning that a B move would be worth .2 points, a C would be worth .3 points and so on.

Biles had two new moves up for review, both of which she performed at the US Championships. The moves were a double-double dismount and a triple-double on floor:

The points were released last Tuesday. Biles’ triple-double floor move was given a J rating, making it a full point of difficulty. Yahoo Sports reports that previously the highest value attached to an element was I. The double-double dismount, on the other hand, only scored an H rating. Many, including Biles herself, saw the value as unfairly low, arguing that both moves should have been Js. Biles even tweeted about the committee’s decision.

In a statement released Friday, the committee explained its decision-making, writing “There is added risk in landing double saltos for beam dismounts (with/without twists), including a potential landing on the neck. Reinforcing, there are many examples in the Code where decisions have been made to protect the gymnasts and preserve the direction of the discipline.”

For critics, this wasn’t a good enough excuse. Summarizing the decision for USA Today, Nancy Armour wrote “Translation: Some gymnasts are trying to pad their scores by chucking skills they have no business doing, and we need to protect them from themselves.”

Basically, as Armour argues, the move received a lower point value because of its difficulty. The rationale is that if the point value is lower than fewer gymnasts will try it and less will end up getting hurt. Biles noted the hypocrisy in this decision explaining that gymnastics relies on athletes pushing the boundaries of what’s possible and that the demand for athletes to do so should be met with appreciation.