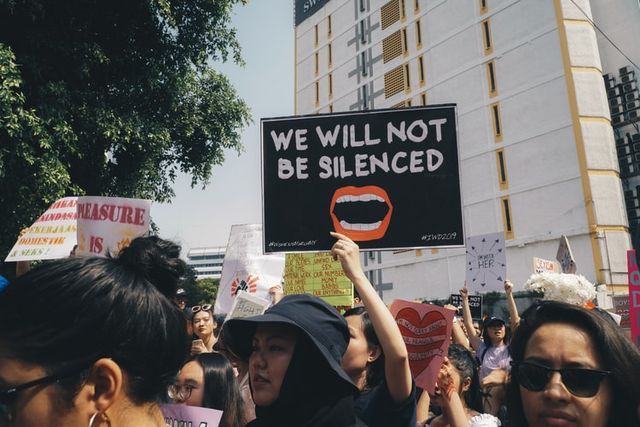 A Moroccan journalist was sentenced to one year in prison last week after being found guilty for allegedly obtaining an abortion and having premarital sex, both of which are illegal in the North African country. Hajar Raissouni, who works for the independent Moroccan daily Akhbar al-Youm, was arrested on Aug. 31 with her Sudanese fiancé, Rifaat al-Amin, as they left a doctor’s office in the capital city of Rabat, the couple’s attorney, Abdelaziz Nouidi, said in an interview with CNN.

Raissouni's uncle, Souliman Raissouni, who is the editor-in-chief of Akhbar al-Youm, told CNN that undercover police officers questioned the couple about the medical treatment she was receiving. They accused her of having had an abortion, a crime in Morocco, Souliman said. After her arrest, she was forced to submit to a vaginal examination. The journalist’s gynecologist who was accused of performing the abortion, Dr. Mohammed Jamal Belkeziz, was also arrested and given two years in jail, while an anesthetist and a medical assistant, who said they had performed an emergency procedure on Raissouni to remove a blood clot, were given suspended sentences of a year and eight months, respectively.

In a letter from prison, Raissouni previously described the charges as “fabricated.” Nouidi, her lawyer, said that Raissouni has repeatedly denied that she had an abortion procedure and asserts that she had visited the clinic to undergo treatment for internal bleeding. According to Business Insider, the court denied requests for her temporary release twice, without justification. Nouidi said they are now in the process of appealing the verdict, which he deemed “regressive.”

TrialWatch, a subset of the Clooney Foundation for Justice that monitored Raissouni’s trial, stated: “The evidence did not sustain the charges. The defence asserted that blood tests revealed that the levels of pregnancy hormone in the defendant’s blood were so low that it would have been impossible for her to be eight weeks pregnant as the police’s doctor claimed.”

Raissouni’s case has gained international attention from journalists and activists, as well as human and women's rights groups.

In September, approximately 7,000 Moroccan women and men signed an open letter in solidarity with Raissouni, which was published in the French daily Le Monde. In the letter, thousands of women put themselves at risk of arrest by admitting to undergoing abortions and having premarital sex. The declaration reads: “We, Moroccan citizens, declare that we are outlaws. We are violating laws that are unfair, obsolete, no longer necessary. We had sex outside marriage. We have undergone, performed or been accomplices in an abortion.”

In response to Raissouni’s arrest, Heba Morayef, Amnesty International’s regional director for MENA (Middle East and North Africa), stated: “Today’s verdict is a devastating blow for women’s rights in Morocco. Hajar Raissouni, her fiancé and the medical staff involved in the case should never have been arrested in the first place. Instead of arresting them, publicly slandering Hajar Raissouni, invading her privacy and convicting her on unjust charges, Morocco’s authorities should revoke her conviction and order her immediate and unconditional release as well as the release of all others involved in this case.”

Many supporters and observers characterize her arrest, interrogation, and conviction as a politically motivated attack and state-led effort to publicly shame Raissouni and to “crackdown” on and dissuade other criticism of the government by suppressing press freedom.

Laila Slassi, a Moroccan lawyer and a founding member of a Masaktach feminist collective, whose name translates as “I am not silent,” said Raissouni’s case highlights the failure of the Moroccan state to protect women and freedom of the press. Slass said: “The fact that she is a journalist and from a family that has caused some trouble for the Moroccan regime is probably the real reason why they’re using some pretext against her.”

Akhbar al-Youm, the independent daily that Raissouni works for, is one of the few remaining newspapers left that’s critical of the Moroccan government. While in custody, she said she was mostly interrogated about her work as a journalist, her colleagues at the newspaper, and family members.

"Let me be clear, I'm against any repressive legislation that criminalizes abortion," her uncle, Souliman, said, adding that Raissouni's case was being compromised by “modernists” who were contextualizing it as an abortion debate when “the real issue here was press freedom,” CNN reports.

The Guardian reported that Morocco ranks 135 out of 180 countries for press freedom on Reporters Without Borders' 2019 World Press Freedom Index, which says “the Moroccan authorities frequently use the courts to harass reporters, including those who covered unrest in the country’s north Rif region.”

"We can't turn a blind eye on the harassment of journalists, the lack of freedom of expression, freedom to uncover corruption and injustice, the right to freely express opinion, to critically question human rights in this country,” Souliman continued. “If the authorities can't find a morality case to silence courageous and independent, female journalists, they will invent one.”