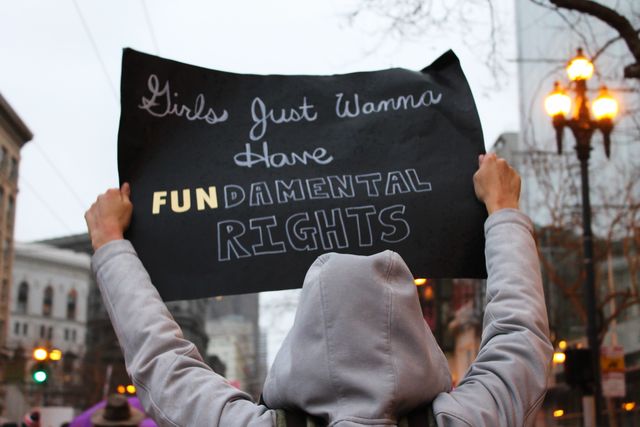 On Tuesday, US District Judge Steve Jones issued a temporary injunction against Georgia’s heartbeat bill, which was signed into law by Governor Brian Kemp in May.

The term ‘Heartbeat bill’ refers to any law that outlaws abortion after six weeks because, it argues, a fetus earns personhood once a heartbeat can be detected. The six-week ban is particularly restrictive since most women don’t even know they’re pregnant at such an early stage, and it is well before the age of viability, which according to AJC, Roe vs. Wade defines as somewhere between 24 to 26 weeks. Heartbeat bills are highly controversial, and it didn’t take long before organizations like the American Civil Liberties Union, SisterSong Women of Color Reproductive Justice Collective, the Center for Reproductive Rights, and Planned Parenthood to challenge the law in court.

Jones also found the bill’s definition of personhood troubling. He noted that Supreme Court made it very clear that states cannot restrict abortion before viability, writing, “By banning abortions after a fetal heartbeat is detected, HB 481 prohibits women from making the ultimate decision to terminate her pregnancy at a point before viability.”

In addition to infringing on women’s rights, designating a fetus as a person also has wide-ranging implications for taxes and child support, AP News reports. Jones believed that Georgia didn’t have a good enough plan in place to accommodate these institutional changes. He explained, “HB 481 changes the definition of a natural person in Georgia, but defendants have been unable to point to any guidance for law enforcement or the judiciary on how to implement that change throughout the code.”

Though Jones’ decision may mark a short term win for pro-choice activists, they face a much longer fight to fully overturn the law and protect reproductive rights. Jones’ injunction only overturns the law while it’s being debated in court, but it does mean that the law will not go into effect in January 2020 as previously planned. It’s encouraging to see that other bans have also been blocked in states like Arkansas and Alabama.

However, all these bans may be part of a much larger scheme from anti-choice activists to challenge Roe vs. Wade in the highest court in the country. As Buzzfeed writer Emma O’Connor explained, “The goal is to appeal these laws until they reach the Supreme Court.”

With the balance on the court tilted toward anti-choice conservatives, after President Trump appointed Justices Brett Kavanaugh and Neil Gorsuch, the future of abortion in the US is highly uncertain. Ultimately it comes down to whether or not the judges decide to uphold the decades-long precedent which has made Roe vs. Wade the law of the land.

Photo by lucia on Unsplash