After Months On The Run From the Pakistani Government, Feminist Activist Gulalai Ismail Arrives In The U.S. 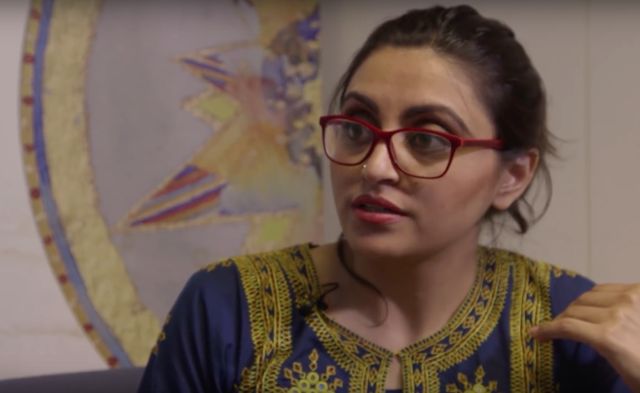 We covered Gulalai Ismail’s story a few weeks ago, when her whereabouts remained unknown. Now, after months of evading the Pakistani government with the help of an underground network, the feminist activist is living in the U.S. The New York Times reports that she’s currently staying in Brooklyn with her brothers and sister as she begins the application process for asylum.

Ismail can’t disclose details about how she left Pakistan or about her route to New York, except to confirm that she hadn’t been able to move through any airports. She also revealed that despite the government’s tightened security at checkpoints dotted across the nation, she passed through hundreds of them to leave Pakistan.

After years working as an activist and gaining increasing recognition for her efforts, Ismail became an “enemy of the state.” Among the list of accusations the Pakistani government railed against the gender rights activist were treason and inciting rebellion. She later appeared on the government’s most wanted list.

But phrases like ‘inciting rebellion’ serve as a guise for what is believed to be the government’s primary concern: Ismail’s critiques of the military. She revealed that members of the military sexually assaulted Pakistani women, and she protested the human rights abuses inflicted on Pakistan’s Pashtun population.

Throughout the summer, security services surveilled Ismail’s family home and targeted anyone close to her in their attempts to pin down her location. Ismail's parents were charged with “financing terrorism,” and pressure remains high on Ismail’s family in Islamabad, her friends, and those who supported her while she was in hiding.

Currently, Ismail is considering becoming a lawyer. She has also launched a project designed to support women in conflict zones, Voices for Peace and Democracy.

Tags: Gulalai Ismail , feminist , activist , hiding , asylum
Support Feminist Media!
During these troubling political times, independent feminist media is more vital than ever. If our bold, uncensored reporting on women’s issues is important to you, please consider making a donation of $5, $25, $50, or whatever you can afford, to protect and sustain BUST.com.
Thanks so much—we can’t spell BUST without U.