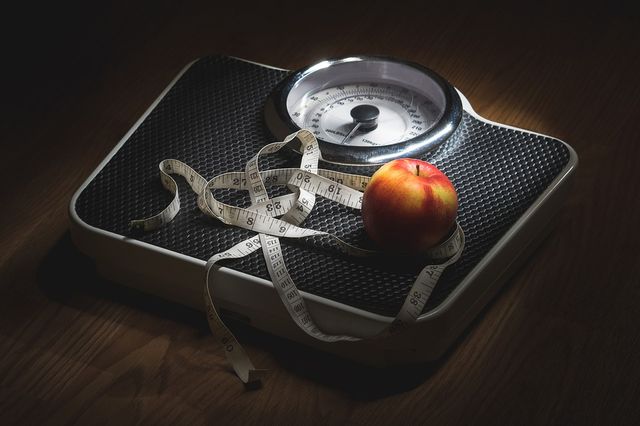 While technology has made it increasingly harder to go a day without consuming content that makes you feel not skinny enough, not pretty enough, and on and on and on, Instagram is addressing the role it's played in the increased pressure put on women through their app. The social media company announced yesterday that it would implement stronger regulations around advertisements through the app concerning things like weight loss and cosmetic surgery products. These products, peddled by Instagram influencers and some major celebrities, (not to Kall out anyone in partiKular beKause that Kould be seen as Kruel) are notorious for overselling their effects to consumers and being aided by photoshop and other misleading visuals.

In March, we spoke to @jameelajamil about how social media contributes to women being judged on "how little space they are taking up" pic.twitter.com/SiGB5e8Dk5

The guidelines will take on two issues stemming from the advertisement platform: the first is the advertisement's effects on young people and the second is how the ads overpromise the benefits of these products. Now, posts that are trying to sell something associated with weight loss or cosmetic procedures will be blocked from users under the age of 18. The app goes deeper tackling false advertising, saying it will outright remove any post which advertises a weight loss product as ‘miraculous.’ For example, this may look like an ex-Bachelor contestant or ‘traveler/dreamer/singer’ posing with a bag of tea and claiming the sketchy little thing is solely responsible for a crazy amount of weight loss in a short amount of time. The only thing that these products 'miraculously’ do is introduce instantaneous insecurity to millions of young, impressionable women.

It’s just the coolest thing to be a part of. A big congrats to all of the people who made noise about this. We have all made a huge step in protecting young people from the perils of the devious diet/detox industry. Onwards and upwards we go. Social media now. Next: The law. https://t.co/AfsWceP5zT

A major player in this fight has been the I Weigh movement, founded by actress and general defender of all things good Jameela Jamil. The I Weigh movement stems from the body-neutrality school of thought which encourages people to put value on things about themselves which don’t have to do with physical beauty. As part of I Weigh’s mission, the movement has campaigned against the specific issue of advertising unnecessary and often unhealthy products through Instagram. The I Weigh account is one of several that has never hesitated to call out a person, corporation, or brand for shaming people for a profit, and Instagram and others are paying attention. Jamil announced that they made the change through ‘shouting, screaming, and petitioning’ at Instagam’s higher-ups. Hell hath no fury like women who have been shamed their entire lives for not living up to an unrealistic standard and then have that pressure exponentially increased by social media platforms like Instagram.

A HUGE DAY! A MAJOR STEP IN THE FIGHT WITH THE DIRTY SIDE OF THE DIET/DETOX INDUSTRY!!! Influencers best watch yourselves... https://t.co/F4iPTyVGU4

This change is certainly a win for the body-neutrality movement and sends a very strong message to companies trying to play into people's insecurities to sell crappy products. As a wise stranger once graffitied, “if your product was any good, you wouldn’t need sexism to sell it,” which is exactly what Instagram became a platform for. Women have always had to deal with the entirety of their value and contribution to this world being simplified to how closely they fit the beauty standards they are put under. The difference today is that Instagram and other social media platforms have not only changed these standards, but amplified them so women have to ingest these unrealistic and damaging claims more often and from celebrities they adore.

When I was in eighth grade, after years of already feeling insecure about the size of my prepubescent body, I went through a period where I obsessively tried to lose weight. I was counting calories as closely as humanly possible and trying to cut back on food and squeeze in extra calorie-burning activities as often as I can. One thing that I still find concerning to this day was how the internet and social media emboldened this obsession. At just age 13, I would spend hours every week looking up new tips and motivational phrases to push me further in my ‘weight loss journey.’ A good chunk of that was peddled by whole accounts which were readily available to tell me that I could be so much skinnier, and how much happier that would make me. But putting my self-worth into my weight and appearance made me terribly unhappy and was hurtful to my body’s development and general health. While Instagram won't remove the cultural shame women feel for meeting a narrow-minded and often unnatural image of beauty, it's great the app is taking steps so that the generations of women being raised with these pressures don’t worsen their relationship to their own body and health through the app's presence.