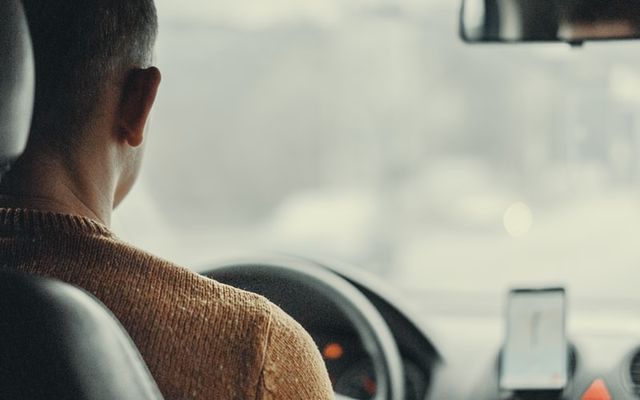 Warning: This story contains descriptions of sexual assault that may be triggering to some readers.

On Tuesday, five women in California filed lawsuits against ride-sharing company Lyft for its failure to keep passengers safe and take sexual assault allegations seriously. One of them is a woman named Alison Turkos who, according to an essay published on Medium, says that her driver kidnapped her at gunpoint, drove across state borders, and, along with at least two other men, gang-raped her.

“Lyft tells its customers that safety is their number one priority and one of the key values the company was founded on, but my trauma proves otherwise,” she wrote in her essay.

According to a 30-page lawsuit, Turkos ordered a ride from Lyft one evening in 2017 to get home safely from a party. What was supposed to be a quick 15-minute ride, costing less than $20, turned into a 79-minute excursion all the way to New Jersey and then Brooklyn, totaling $106.80. The following morning, Turkos woke up with “persistent vaginal pain and bleeding,” unable to leave bed or even lift her arms.

She says she reported her kidnapping to Lyft within 24 hours, but was met with insincere “robotic” responses. Two days after the incident, Turkos decided to report her rape to the police. When the rape kit showed evidence of semen from at least two men on the clothing she wore the night of the assault, the NYPD opened an investigation that was eventually transferred to the FBI, which, according to the lawsuit, “is currently investigating this incident as a human trafficking case.”

In response to her horrific experience, Turkos claims that Lyft simply “unpaired” her from the driver, yet she later learned that the company allowed him to continue driving under a new name and profile “for years.” And according to her Medium essay, she says Lyft also “callously forced” her to pay $12.81 for the ride, despite clear evidence that she was kidnapped by one of its drivers that night.

Her lawsuit also details how the ride-sharing company doesn’t have a zero-tolerance policy for sexual misconduct; how there are no real screenings, interviews, or adequate background checks for hiring drivers; how Lyft doesn’t monitor rides with its tracking technology; and how it prioritizes profits over passenger safety, despite its claims. Turkos’ attorneys also point out that Lyft “affirmatively induces passengers, particularly young, unaccompanied, intoxicated, and/or vulnerable women, to use its services with the expectation of safety, while Lyft simultaneously knows that sexual abuse of its passengers has been prevalent.”

Turkos’ lawsuit comes exactly two weeks after 14 women sued Lyft for allegedly mishandling their sexual assault, sexual misconduct, and rape cases. According to Vice, since August 1, at least 26 people have sued the company in regard to sexual assault allegations. And based on a 2018 CNN report, 103 Uber drivers and 18 Lyft drivers have been accused of sexual assault or abuse in the past four years.

In addition to her lawsuit against Lyft, Turkos sued the NYPD in January 2019, claiming they were “insensitive” about her rape complaint, and that they ignored and mishandled her case because they said it was “too complex.”

“I did what society always says I am ‘supposed’ to do: I reported to police, I reported to the trust and safety team at Lyft,” Turkos said. “I continue to relive my trauma, share my pain, do whatever it will take to get them to help me. And yet, after all that, they [Lyft] couldn’t even be bothered to answer a simple email. They ignored, belittled, dismissed me.”

Lyft has responded to these series of allegations by “rolling out new safety features in its app,” such as a 911-call feature, and requiring sexual violence prevention training, in partnership with Rape Abuse & Incest National Network (RAINN), for drivers.

Turkos, along with being a survivor, describes herself on her social media as “queer,” a “proud feminist,” and a “professional rabble rouser in the repro movement.” Despite ongoing pushback and being ignored by the company, she continues to speak her truth and is “one of the few plaintiffs in lawsuits against Lyft or Uber to put her name to the charges.”

“So, to Lyft executives, I say: what happened to me is real,” Turkos said. “And if it’s so difficult to hear my story, just imagine what it’s been like to live through. I deserve better. Survivors deserve better. Lyft passengers deserve better. And I will not stop fighting until we get what we deserve.”

Tags: Alison Turkos , Lyft , NYPD , sexual assault , lawsuit
Support Feminist Media!
During these troubling political times, independent feminist media is more vital than ever. If our bold, uncensored reporting on women’s issues is important to you, please consider making a donation of $5, $25, $50, or whatever you can afford, to protect and sustain BUST.com.
Thanks so much—we can’t spell BUST without U.