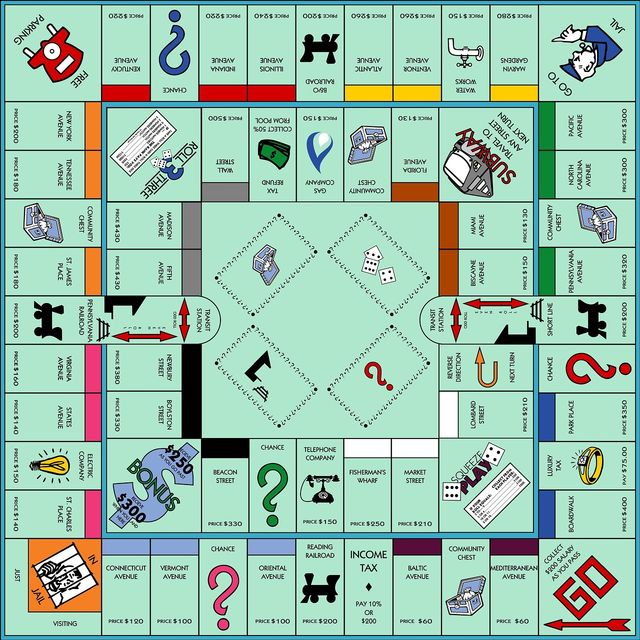 Now, Hasbro is launching Ms. Monopoly: a new, feminist edition of the classic board game twelve-year-old me once flipped over Teresa Giudice-style because everyone was cheating (i.e., I was losing). The new version celebrates female trailblazers and is the first “where women make more than men,” USA Today reports. Jen Boswinkel, senior director of global brand strategy and marketing for Hasbro Gaming, told USA Today that the new game is “giving the topic some relevancy to everyone playing it that everyone gets a turn, and this time women get an advantage at the start.” Before the game, the banker gives out $1,900 in Monopoly Money to each female player and $1,500 to each male. The wage gap is further highlighted whenever a player passes go, with women entitled to $240 and men to $200. Yes, it’s possible for a boy to win the game, but it’s harder. And this is where we begin the lesson on equal pay.

Other digressions from the original game include investing in innovations created by women as opposed to investing in real estate. New player trinkets have been added as well, including a white hat, a watch, a barbell, a glass, and a jet plane. Boswinkel explained the white hat is meant to represent Mr. Monopoly passing down his top hat to his niece (who knew there was a legacy there?). The watch is meant to illustrate that it’s “about time for some changes.” Boswinkel said the game functions as “a way that families can talk about what’s happening around them, and it’s an easy way to explain to their kids, boys or girls, what has maybe happened to them over the years and what they’ve been experiencing.” Ms. Monopoly is an interesting development that will hopefully enlighten and amplify the dialogue concerning equal pay. However, when it comes to explaining the gender pay gap, parents can look to Monopoly’s origin story for a lesson in feminism and irony.

The first prototype for Monopoly was patented in 1903 by Elizabeth Magie. Bold, progressive, and not one to abide by societal rules for women of that era, Magie supported herself and married at 44. While working as a stenographer and secretary, she wrote short stories and poetry and even performed standup comedy. Other creative pursuits included a board game that symbolized her political opinions: Magie based the game on the ideology of Henry George, the anti-monopolist critic, author and philosopher. Fundamentally, the game was intended to be a protest against the big monopolists of the late 19th and early 20th centuries, such as John D. Rockefeller and Andrew Carnegie. Magie illustrated the concept as:

“a practical demonstration of the present system of land-grabbing with all its usual outcomes and consequences. It might have been called the ‘Game of Life,’ as it contains all the elements of success and failure in the real world, and the object is the same as the human race in general seem to have, i.e., the accumulation of wealth.”

Magie named it The Landlord’s Game, and included two sets of rules. Like Monopoly as we know it today, players who fell behind on monopolizing land would be financially destroyed with rent, taxes, fees, and debt, and left penniless by the winner who ends up with everything. However, players could vote to play under the other set of rules in which the accumulated wealth was shared. For instance, instead of paying rent when landing on another player’s acquired space, the money was pooled, “effectively socializing unearned income and, in turn, achieving across-the-board prosperity.” Utilities and railroads become publicly owned when there was money in the “Public Treasury.” Also, the “Go To Jail” card becomes the “Go To College For Free” card. These two approaches served as a teaching tool to demonstrate that the anti-monopolist rules were morally superior. 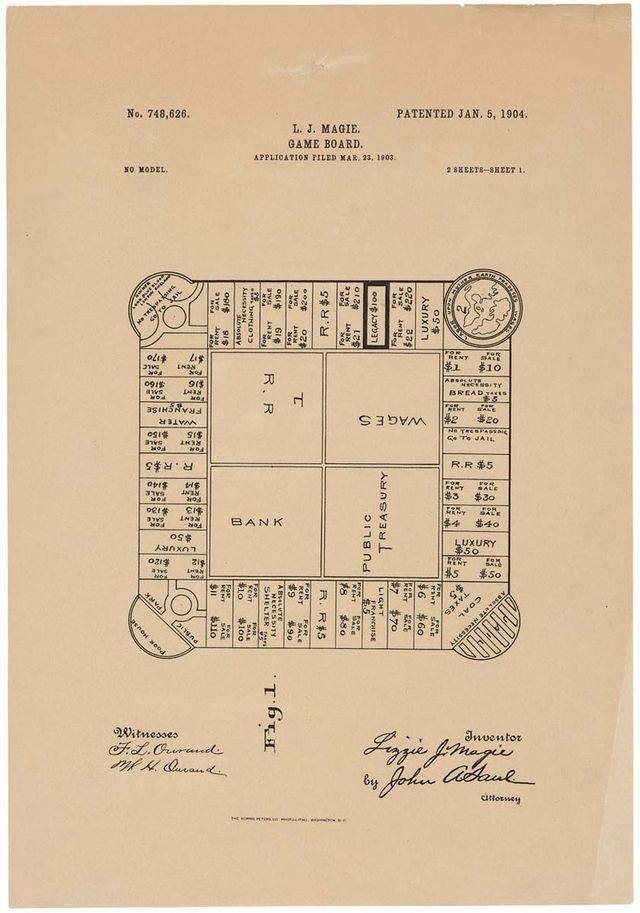 As we know, the cutthroat, take-no-prisoners version of Monopoly was the one that stuck. But many people are not aware of Magie as the game’s original inventor. A man named Charles Darrow laid claim to a version of The Landlord’s Game as his own original creation and became a millionaire after selling it to Parker Brothers, a New England board game maker. Magie’s income from her game reportedly was $500 and, in addition to his millions, Darrow and Parker Brothers struck a deal, ensuring he would receive royalties. In a real-life exercise of Monopoly, shortly after Parker Brothers made an agreement with Darrow, the company coaxed Magie into letting them purchase her patent and two more of her ideas for board games so they could maintain total control. 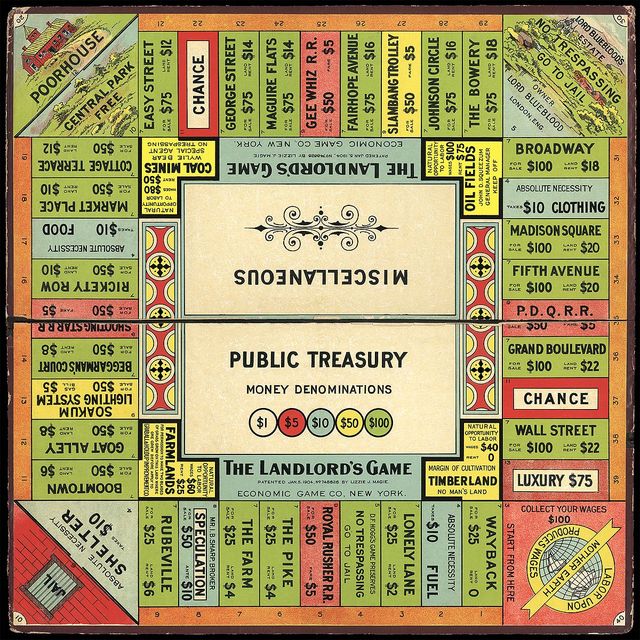 The Landlord's Game 1906 image courtesy of Thomas Forsyth via LandlordsGame.Info

Understandably incensed and not one to keep silent, Magie took to the press. In 1936 interviews with The Evening Star and The Washington Post, she condemned Darrow’s infringement of her creation and held up her original game boards for the photographer in effort to show the world she was the true inventor of Monopoly. In 1948, Maggie died a widow with no children. Both her obituary and headstone neglected to mention her role in the invention of Monopoly.

The release of Ms. Monopoly may be well-intentioned but, as KC Ifeanyi wrote in an article for Fast Company, it feels like a “wider dissemination of Monopoly’s roots as a game created by a woman…yet it was appropriated by men and turned into a pro-capitalist pastime." Considering the game's shady past with gender equality, is Ms. Monopoly the best impetus for female empowerment? Hasbro wants us to play and find out.

Tags: Monopoly , Ms. Monopoly , board games , Elizabeth Magie , Charles Darrow , Hasbro , female empowerment , toys
Support Feminist Media!
During these troubling political times, independent feminist media is more vital than ever. If our bold, uncensored reporting on women’s issues is important to you, please consider making a donation of $5, $25, $50, or whatever you can afford, to protect and sustain BUST.com.
Thanks so much—we can’t spell BUST without U.