Where Was the Fight For Women At Last Night's Debate? 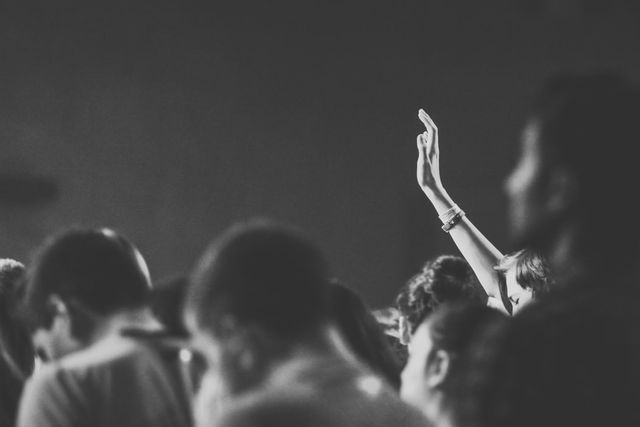 While there’s a lot to unpack about the third Democratic debate last night, one thing easy to summarize is the conversation about women’s issues — mostly because it didn't happen. Though there remains a record number of women in the race for President and many candidates with plans regarding gender inequality, women’s issues seemingly have fallen to the wayside of the Democratic Party’s priorities last night during the debate, something candidates including Kamala Harris noted after the fact.

Has there been any talk of birth control, abortion, planned parenthood, women’s health, title x?

The concerning context of the missing conversation is the current reality for women in the U.S. The persistence of the gender wage gap continues to disadvantage women, and is especially pertinent to conversations around paid leave and racism (as the wage gap is significantly worse for mothers and women of color). Additionally, the attack on abortion has worsened in recent years, thanks to the wave of heartbeat bills and other measures intended to ban the procedure and Planned Parenthood's forced removal from Title X funding. Furthermore, the race’s attention to women’s issues was notably threatened when Kirsten Gillibrand, the New York Senator who chose to center her campaign around women, left the race after not making the debate stage. The cherry on top is the fact that in all 180 minutes, not one moderator asked a question focusing particularly on either of these issues.

we gonna go a whole debate w/out abortion question?

While topics concerning the problems facing women were conveniently left out, it was proven possible to cover other topics in-depth which helped reflect those issues complexities and urgency. Over those issues there were, justifiably, raised voices and impassioned disagreements over where the candidates couldn't see eye-to-eye over how to achieve similar goals. And while Mayor Pete Buttigieg called out the fighting as petty and ‘unwatchable,’ it showed intense emphasis on issues deemed important by the Democratic Party. So why aren't questions about gender equality and reproductive healthcare included in that?

The #DemDebate was three hours long and not one question about abortion or reproductive rights.

It’s not these topics haven’t been mentioned at all in the past debates, but women’s issues still have a long way to go in being represented as a top issue in the 2020 race. While some candidates like Harris and Beto O'Rourke Tweeted about the problem after the debate, it's on moderators and candidates alike to make sure these issues get the attention they deserve. It not only benefits the party's progress, but each individual campaign, as it was recently reported that reproductive rights are a top issue for Iowa caucus voters, making it a necessary subject for any candidate hoping to snag the state’s win (which has shown to be a large indicator who eventually goes onto to become the Democratic party’s candidate).

Since no one has said it on the #demdebate stage yet ?

Furthermore, there isn’t a unilaterally decided plan to combat the attacks on abortion or fix the gender wage gap, so candidates and debate moderators have plenty more to discuss and disagree on concerning the best way to fight for women. The fighting, while not always pleasant and sometimes misguided, shows the candidates care about getting it right. It will be hard for women to choose a candidate that cares about our well-being when there's an important conversation out there — one that isn't happening on the debate stage.

Tags: politics , Democratic Party , abortion , wage gap
Support Feminist Media!
During these troubling political times, independent feminist media is more vital than ever. If our bold, uncensored reporting on women’s issues is important to you, please consider making a donation of $5, $25, $50, or whatever you can afford, to protect and sustain BUST.com.
Thanks so much—we can’t spell BUST without U.