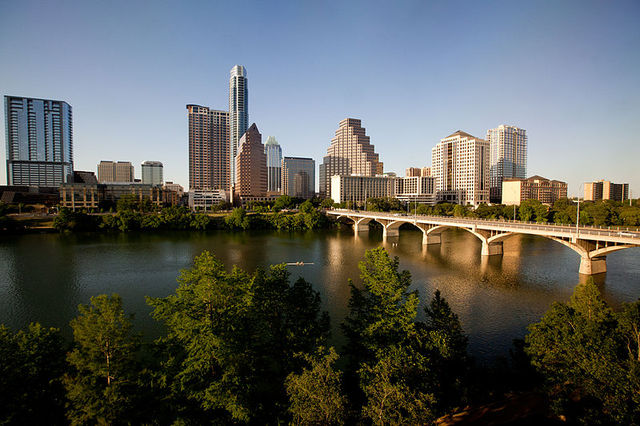 Some of you may want to take a seat. This may come as a shock, but there are still politicians out there not actively trying to destroy women’s reproductive rights. Don’t worry, astonishment and awe are expected at a time where it seems the right to choose has been under consistent and severe attack this year. The miracle which has single-handedly given me hope to carry on is coming from Austin’s city council, and it's aimed at giving low-income people with uteruses access to abortion care.

While I’m being slightly facetious, it’s true that Austin’s new policy, passed last Tuesday, is creative and necessary and comes at a time when access to abortion is under attack. The city’s government approved $150,000 to be given to Austin’s Public Health department to help low-income individuals seeking abortions offset logistical costs. It’s not the first time the progressive city has fought back against its state's abortion restrictions, but it is the first time any city has specifically directed money towards the structural barriers low-income people face in getting an abortion. This includes the costs of travel, lodging, childcare, and other financial barriers other than the cost of the abortion itself.

These costs are especially relevant in Texas for two reasons. One, because abortion laws in Texas require women to wait 24 hours after receiving a sonogram to get an abortion. This not only means that you would have to miss up to two days of income but if you’re not living close to the abortion provider, you may need to pay to stay overnight. Lodging is also especially important for women who feel they need to hide their abortion procedure. Secondly, if a woman needs an abortion past the 20-week limit put on abortion procedures in Texas and is denied such within the state, the money will enable women to travel out of the state to receive the procedure.

While women’s health in Texas has been put in a strenuous position due to the state’s strict abortion laws, Austin is making strides towards change within its power. As one city council member put it, this move can “provide a model” for progressive cities within more conservative states concerning the issue of abortion. In light of the wave of anti-abortion policy being passed all over the country, whatever politicians that continue to stand with the right to choose will face mounting political difficulties in trying to provide that. An important part of that is getting creative within less-than-ideal circumstances.

Moreover, Austin called attention to the women who are most at risk when we talk about abortion, low-income women. Currently, low-income women in states with restrictive abortion laws are faced with a choice where both options stand to emotionally and financially punish them. Either they work incredibly hard to overcome the mounting difficulty and financial burden of trying to obtain an abortion or are pressured into keeping a child they either can’t afford (or don’t want to) adequately support. While strict abortion laws still pose a threat to women of privilege, there are so many ways that having money changes the experience of seeking out and receiving an abortion. Therefore, Austin’s new relocation of city funds to assist low-income women to call attention to how reproductive rights intersects issues of class and fights for a woman’s right to choose, no matter how much money you have.