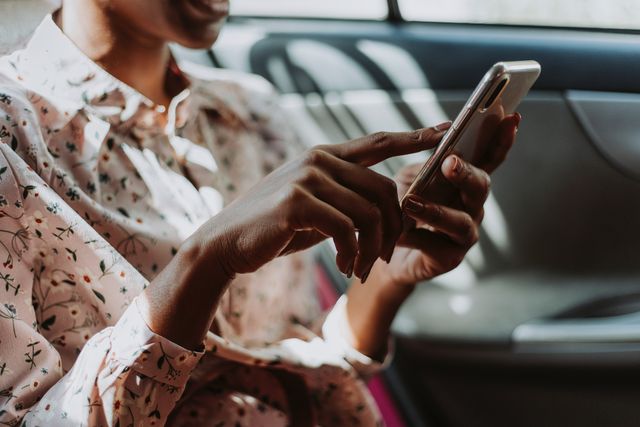 You know what's the absolute last thing I need while I’m rushing up a tight staircase while sweating onto the old woman next to me that I’m on the verge of knocking down so I can get to my subway? An AirDropped picture of a penis from a man I don’t know and did not ask for! Not only is that a sight I do not want, but it invokes that special kind of fear that women get to live with. For example, I thought to myself: which creepy man nearby just forced a picture of his penis onto me? How do I react toward this kind of anonymous harassment? Ya'know, those classic commuter thoughts one has...

Unfortunately, I’m not the only one who’s faced this form of harassment in public. The use of AirDrop to send unsolicited nude pictures to strangers in public is called ‘cyber- flashing’ and is at the center of mounting political concern. Last month, Texas recently became the first state to have a law in place to protect citizens from the creepy new phenomenon. The ban of “unlawful electronic transmission of sexually explicit visual material” punishes it by making the crime a misdemeanor with the possibility of a $500 fine. The unlikely wind beneath the wings of this change? Bumble. The app’s headquarters are located in Texas and pushed for legislators to address this form of harassment. The company already has guidelines in place which block users that send unsolicited nude pictures but wants the problem addressed in the real world as well. Bumble fighting a predatory culture outside of its product: check! Bumble finding me a man whose sense of humor extends past the office: delayed, but forgiven because of continued empowerment and protection of women.

The dating app isn’t stopping with Texas. According to Vox, the company and their executives will continue to push for the rest of the country to follow suit on regulating digital harassment. The company supports a similar conversation happening in New York subway stations (take my word, the problem checks out). Last November, two New York City lawmakers introduced a bill that would specifically address digitally sent images with “ the intent to harass”. The punishment that perpetrators could face is up to one year in jail and a $1,000 fine. While the bill has yet to pass, it has support from both sides of the aisle within the city and is gaining widespread attention via the stories coming resulting from the trend. It was recently reported that 41% or women ages 18 to 36 have received an unsolicited picture of a penis. Being fed into this problem is the concerning format of AirDrop which allows strangers to force a visual on a stranger if that stranger has their AirDrop open to the public.

In response, some have taken to spreading the word about AirDrop settings. While I commend these noble protectors of the innocent, my real standing ovation goes to Bumble, the other advocates pushing for legislative change on this issue, and the lawmakers helping address this through policy. In my perfect world, it’s not so much that people perfect the art of iPhone settings as much as men exist in a world with real consequences for their actions. And in creating this perfect world, women may navigate the extremely stressful world of the NYC transit system without fear they are going to be forced to look at a penis. Not only is this a trend of blatant harassment that women now have to consider in their daily lives, but it's a new reminder that women exist in a world where the seemingly normal men they are surrounded by could be a potential threat and seek to humiliate and scare them through disgusting tactics.

Hacker Tried To Violate Bella Thorne, She Fought Back