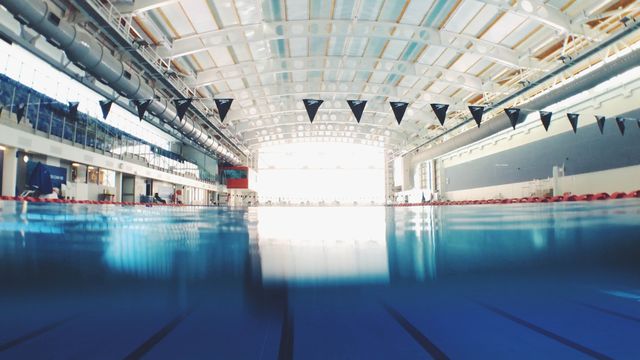 Earlier this week swimmer Breckynn Willis, at Anchorage, Alaska’s Dimond High School won her competition in the 100-yard freestyle meet with a rival from across town, only to be disqualified for a reason unrelated to her talents and skills. Why was she disqualified? Because an official had ruled that her swimsuit exposed too much. This call was under investigation for a few days and left the whole city — and fans from all over — furious and confused. Willis was the only one on her team to have been disqualified for this reason, and all the other girls on the team wore the same suits.

Unfortunately, Willis isn't the first athlete to experience this kind of public-scale body shaming and discrimination, and in her case, it goes even deeper. Another Alaska swim coach, Lauren Langford, told The Washington Post “that she believes racism, in addition to sexism, may have been a factor, given that the teen is among the few nonwhite athletes in a predominantly white sport.”

There's a lot that doesn't make sense about Willis' disqualification. For one, Willis didn't choose her own suit; it was given to her by Dimond High School. And further, if the swimsuits are all cut the same way, then why is Willis the only swimmer to be disqualified? And if there's really an issue with the suits, why isn’t the call to change the uniforms?

It’s been reported that the swimsuits student athletes have worn have changed over the years to be more hydrodynamic, but because of this, have become more revealing. Perhaps this calls for a need to create new swimsuits that are functional and comfortable for all body types. When we consider the bigger picture, in which coaches are to lead, and moreso to inspire and motivate the swimmers to build “strong character, valuable life skills, bright futures, and lifelong friendships,” the argument should then definitely be to advocate for young, talented swimmers — or, at the least, to change the uniform swimsuit.

Needless to say, the swimsuit issue says less about Willis and more about the official making the call — and a culture of discomfort around certain body types. Sports should be inclusive for all women, and women with all kinds of bodies: just look at Caster Semenya, who is fighting back against a discriminatory testosterone limit, and just today received her gold medal from 2011.

The Alaska official says that she saw "butt cheek touching butt cheek." Coach Langford argues that swimsuits ride up unintentionally when swimming, and that “wedgies” happen. However, the national rulebook is not specific or explicit regarding what's allowed, and so this is left up to debate between officials and coaches who make calls like this one on a case-by-case basis, and young athletes like Willis end up suffering. The officials making decisions about swimsuits and disqualifications should consider at least changing the uniforms, or at most putting in place rules to protect young, talented swimmers from discrimination and body shaming.

This isn’t the first of the swimsuit debate: last year, a parent took a photo of some of the swimmers' backsides and shared with other parents to argue that the team were wearing inappropriate swimwear. (Dimond High School did indicate that taking and distributing this kind of photograph isn't permissible.) This feeds into a problem in the swimming world. There have been other athletes who have been cautious about their backsides, and these swimmers have gone on restrictive diets to adhere to the “modesty rule.”

Dimond High School investigated the disqualification, and found it unacceptable. Breckynn Willis has now endured mass attention and critique because of what is out of her control. There's no way to defend what happened in the first place, but thankfully, the disqualification has since been reversed, and Willis is now again qualified and noted as the winner she righteously is.

Tags: Swim , Feminism , Sports , Discrimination
Support Feminist Media!
During these troubling political times, independent feminist media is more vital than ever. If our bold, uncensored reporting on women’s issues is important to you, please consider making a donation of $5, $25, $50, or whatever you can afford, to protect and sustain BUST.com.
Thanks so much—we can’t spell BUST without U.