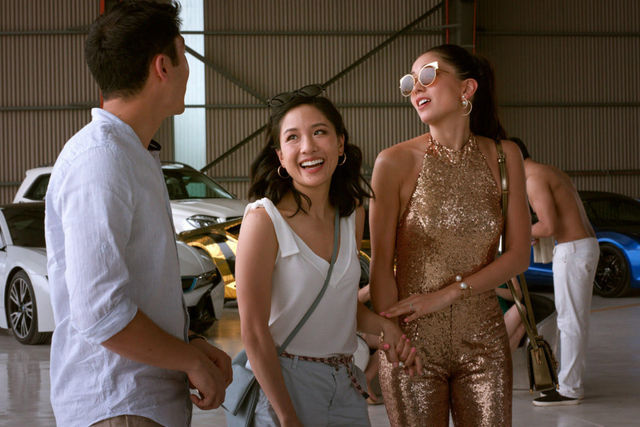 Adele Lim, co-writer of the 2018 hit rom-com Crazy Rich Asians, has left the upcoming Warner Bros. project due to an alleged pay disparity with her white male counterpart. According to The Hollywood Reporter, the veteran television writer and producer, who worked on shows such as One Tree Hill and Life Unexpected, was offered a significantly lower starting fee than co-writer Peter Chiarelli to work on the Crazy Rich Asians sequel.

"Being evaluated that way can't help but make you feel that is how they view my contributions," Lim told the THR in an interview yesterday. Lim said she believes women and people of color are too often viewed as “soy sauce,” hired to incorporate cultural details without being credited for the substantial workload of storytelling.

She declined to provide specific numbers, but according to sources who spoke with THR, the Chinese Malaysian screenwriter was offered approximately $110,000—about one-tenth of the $800,000 to $1 million offered to Chiarelli, a white man. When Warner Bros. explained to Lim’s representatives that those figures were “industry-standard established ranges based on experience and that making an exception would set a troubling precedent in the business,” she naturally quit.

After Lim departed from the project, production company Color Force spent about five months frantically searching for another writer of Asian descent. When they couldn’t find one, Chiarelli proposed to split his fee with her; Lim declined the offer.

"Pete has been nothing but incredibly gracious, but what I make shouldn't be dependent on the generosity of the white-guy writer," Lim said to The Hollywood Reporter. "If I couldn't get pay equity after CRA, I can't imagine what it would be like for anyone else, given that the standard for how much you're worth is having established quotes from previous movies, which women of color would never have been [hired for]. There's no realistic way to achieve true equity that way."

Around the same time Lim’s story broke, the San Diego State University’s Center for the Study of Women in Television and Film published its annual “Boxed In 2018-19: Women On Screen and Behind the Scenes in Television” report, which states that “overall, women accounted for 31 percent of individuals working in key behind-the-scenes positions,” an increase from 27 percent in 2017 to 2018. Despite this, the report also shows that an unsettlingly high percentage of programs employed either very few or no women at all in behind-the-scenes roles. And in recent years, female actors and comedians of color have similarly spoken up about gender and racial pay disparities. For example, last year, Black comedians Wanda Sykes and Mo’Nique both spoke out against Netflix for being offered significantly less than the likes of Dave Chappelle and Amy Schumer for their Netflix comedy specials.

So, while some may believe the gender wage gap issue is improving in Hollywood, Lim’s story is one of many that indicates much more still needs to be done for women, particularly women of color, to be properly credited and paid for their hard work.