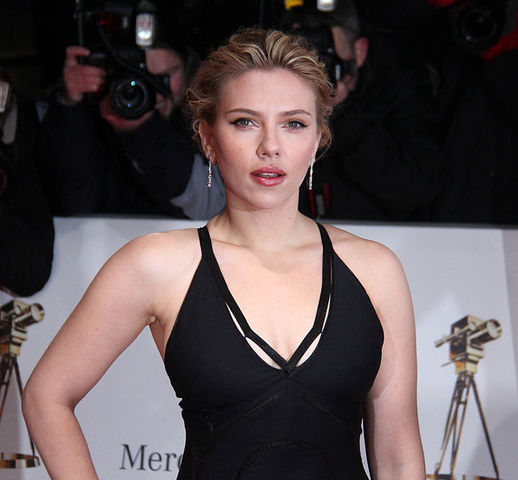 Scarlett Johansson has been making things difficult for her fans for a long time. While she’s an A-list actress and an outspoken feminist (plus, a solid nod to her SNL career), Johansson has undoubtedly upset a plethora of communities in her career choices. First, it was taking roles from minority communities even though she's a white, cisgender actress (she later compared playing these characters to playing a tree). And now, the actress has taken a stand to defend the disgraced director Woody Allen. Allen is debatably a legend in the film industry, but he is also a man who married his adopted child and has had a consistent allegation of sexual assault against him, horrifyingly enough, from his daughter, Dylan Farrow. It’s clear that Johansson isn’t afraid to boldly take unpopular opinions in a very public way, but they’re not just hot takes: Johansson’s controversies are hurtful to countless people, and in this case, the community that Johansson’s latest actions have hurt is victims of sexual assault.

i think scarlett johansson signed a contract with an eldritch god that made it so that in order for her to have a career, she has to give catastrophically bad takes on a regular basis for the rest of her life

In a recent Hollywood Reporter interview titled “The Season of Scarlett Johansson: Two Hot Films, Her Marvel Future, Woody Allen and a Pick for President,” the actress reinstated full support for Allen, who has worked with Johansson three times and has been credited with furthering her career trajectory. Johansson not only said she believes his repeated claims of innocence, but that still loves him and sees him whenever she can. This support comes 27 years after news of his sexual assault allegations were the subject of public discussion. It comes 5 years after Farrow spoke out again as an adult, in an open letter in the New York Times, to maintain her traumatic story of being sexually assaulted by her father. In addition, her brother, Ronan Farrow, a respected #MeToo and #TimesUp advocate (a movement Johansson has been heavily involved in) has supported Farrow's claims since childhood to this day. The story, while hard to stomach (and I encourage anyone with doubt to read it), is not hard to access, especially considering the amount of time Johansson has had to do it.

Johansson’s support for Allen comes at a time when many of her colleagues who also worked with Allen have already set an important precedent in denouncing the director. Timothée Chalamet donated his entire salary from an unreleased movie with Allen to TIME’S UP, RAINN, and the LGBT Center in New York. Greta Gerwig admitted Farrow's writing changed her mind, and actress Mira Sorvino, from Allen’s Mighty Aphrodite in 1995, wrote an open letter directly to Farrow in which she wrote, “I cannot begin to imagine how you have felt” and continued, “As a mother and a woman, this breaks my heart for you. I am so, so sorry.” It’s still disappointing that all of these people chose to work with Allen after Farrow’s harrowing story was first released, but it’s admirable that they did eventually use their platforms to express regret and undermine some of the success they fed into Allen's career. Most of all, it invokes a feeling of hope that they acknowledged the fault in their actions, and often accredited their denouncement to either a larger cultural shift or Farrow herself.

At this point, I think the only identity Scarlett Johansson hasn’t tried to culturally appropriate is a person with integrity.

But Johansson, while acknowledging the cultural shift, remains unchanged on her stance concerning Farrow and Allen. It’s not just a difference of opinion here; it’s a difference of morals. Johansson remains perfectly able to speak out on sexual misconduct when it’s not someone who helped further her career and remains a close friend. Johansson claimed, “I have been very direct with him, and he's very direct with me. He maintains his innocence, and I believe him." Someone else has been "very direct" about the issue too, though, and that’s Dylan Farrow herself. Farrow has been brave and consistent in her story, dating back to a time when some of the most privileged and well-known people in our society have ignored her repeatedly.

Her writing encapsulates that pain, especially when later ending that article by putting the reader in her shoes. As Farrow wrote, “So imagine your seven-year-old daughter being led into an attic by Woody Allen. Imagine she spends a lifetime stricken with nausea at the mention of his name. Imagine a world that celebrates her tormentor.”

Now imagine the highest-paid actress in Hollywood, someone who calls herself a feminist, celebrating another woman’s tormenter. Pretty outrageous, right?

Why I Won't Be Watching The 'Ghost In The Shell' Remake