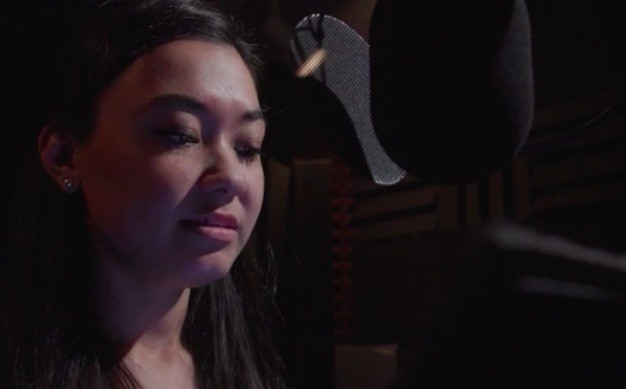 Since former Stanford swimmer Brock Turner raped an unconscious woman in 2015, many facts of the assault were widely publicized. We heard the victim was found half-naked behind a dumpster, that two grad students intervened to stop the assault, and, by the end of the trial, waaay too much from Turner’s defense about how "the real issue" was excessive drinking. But until now, one of the few details that remained private was the identity of the victim, who went under the alias Emily Doe.

Wednesday morning, The New York Times reported that Chanel Miller had come forward as Emily Doe, reclaiming her story in a memoir ‘Know My Name’, set to be released by Penguin Random House on Sept. 24. Miller’s author profile on the Penguin Random House website describes her as “a writer and artist who received her BA in Literature from the College of Creative Studies at the University of California, Santa Barbara.”

Miller’s forthcoming book will deal with her experience in the aftermath of the assault. Penguin’s summary of the memoir emphasizes its broad societal impact, explaining that “[Miller’s] story illuminates a culture biased to protect perpetrators, indicts a criminal justice system designed to fail the most vulnerable, and, ultimately, shines with the courage required to move through suffering and live a full and beautiful life.”

The Stanford case is notorious for the absurdly lenient sentence handed down to Turner by Judge Aaron Persky. Despite being found guilty of three counts of sexual assault with a maximum sentence of 14 years, Turner only ended up serving three months out of his six month sentence. The New York Times reports that since the Stanford case, California has passed laws instituting mandatory minimum sentences in cases of sexual assault. The controversy over Turner’s sentence also resulted in the recall of Judge Persky in 2018.

One of the most moving and impactful elements of the case was the 12-page victim impact statement which Miller submitted to Judge Persky. The statement was eventually released by the district attorney’s office and subsequently republished by Palo Alto Online and then BuzzFeed, where it went viral, amassing over four million views in a little over 24 hours, according to The Guardian. The statement covered Miller’s experience coping with the trauma as well as the degrading tactics Turner’s attorneys used to make their case. But, most of all, it showcased Miller’s indomitable strength, even in the face of such abject suffering. The final paragraph reads:

And finally, to girls everywhere, I am with you. On nights when you feel alone, I am with you. When people doubt you or dismiss you, I am with you. I fought every day for you. So never stop fighting, I believe you. As the author Anne Lamott once wrote, "Lighthouses don’t go running all over an island looking for boats to save; they just stand there shining." Although I can’t save every boat, I hope that by speaking today, you absorbed a small amount of light, a small knowing that you can’t be silenced, a small satisfaction that justice was served, a small assurance that we are getting somewhere, and a big, big knowing that you are important, unquestionably, you are untouchable, you are beautiful, you are to be valued, respected, undeniably, every minute of every day, you are powerful and nobody can take that away from you.

Speaking to The New York Times, Andrea Schulz, editor-in-chief of Penguin’s Viking imprint, noted how struck she was by the statement, citing it as an example of Miller’s writing prowess and unique perspective.

When Schulz heard in 2016 that Miller was interested in writing a book, she said, “I jumped out of my chair to acquire it because it was just obvious to me from the beginning what she had to say and how different it was and how extraordinarily well she was going to say it. She had the brain and the voice of a writer from the very beginning, even in that situation.”

With Miller’s fierceness in spirit and voice, ‘Know My Name’ is poised to carry on her mission of advocating against sexual assault. Though the #MeToo movement has heightened sexual assault awareness since 2015, Miller’s courage to speak out continues to be a reminder of the power of survivors’ voices.