Why Are Men Avoiding Women At Work? 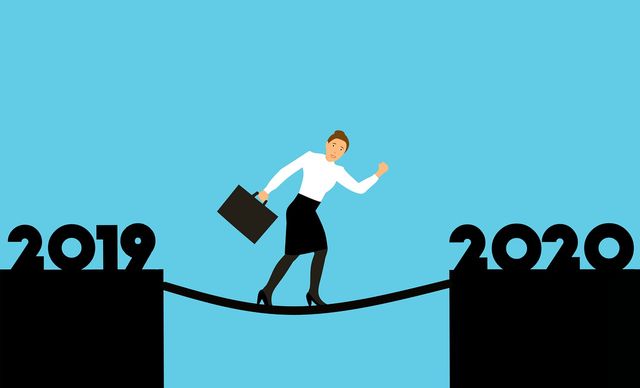 Affinity bias is a core factor in workplace gender inequality. Showing preference for certain types of people with whom one shares likeness has had harmful results for women working in male-dominated offices: women are often selected for career-enhancing assignments only after their male colleagues have been considered. In a gendered work environment, where women exist in the outgroup, they’re less likely to be listened to in meetings and given credit for their accomplishments.

Affinity bias can operate unconsciously. The management in male-dominated workspaces may not intend for women to feel excluded and ignored. Yet, as a result of affinity bias, most men prefer to work, mentor and sponsor other men. Recently, affinity bias has functioned more consciously for men in response to the #MeToo movement. It’s been extensively noted that US Vice President Mike Pence refuses to dine alone with any woman who’s not his wife. And, in a contagion effect of toxic masculinity and victim-blaming, men across corporate America are following his example.

A new study, to be published in the journal Organizational Dynamics, reveals that “following the #MeToo movement, men are significantly more reluctant to interact with their female colleagues,” The Guardian reports. Some depressing statistics found in the research reveal that:

This data was collected in early 2019 from people working in a various industries. In early 2018, when the #MeToo movement was gaining momentum, researchers asked the same questions to different people “with more of a focus on future expectations.” At that juncture, 15% of men said they would be more reluctant to hire women for jobs that require close interpersonal interactions with women, as opposed to 21% in 2019.

So things have gotten worse. But it’s not just men who have shown increasing reluctance to hire women. Internalized misogyny rears its ugly head, as the 2018 research found that more than 10% of men and women said they expected to be more wary to hire attractive women. The 2019 results for women have not yet been made public.

It goes without saying that an employer’s unwillingness to hire a women based on how attractive she’s deemed is an especially alarming notion. Hiring or not hiring someone based on a concept as abstract as attractiveness not only illustrates foolish judgement and leadership, but also gives credence to unfair and sexist projections. A person on Twitter, who goes by the name Sawyer, detailed a particular instance, in a thread, in which their boss referred to a potential female employee as “slutty” based on her LinkedIn picture. The full thread provides an insightful account on how employers weaponize sexist assumptions against women.

[Thread] My boss made a comment today along the line of "I don't get how women can complain about how they get treated when they do shit like this." I turned around and to see what he was talking about, and he was looking at a thumbnail of a profile pic of a woman on LinkedIn.

With regard to the so-called “grey areas” of the #MeToo movement, which argue that men don’t even know what sexual harassment means anymore because anything involving a woman could be considered sexual harassment, the Organizational Dynamics study proves such logic to be false. Researchers had participants look at 19 behaviors and determine whether or not the actions qualified as harassment. The consensus? Both genders pretty much agreed on what classifies as harassment. So why are so many men afraid to be around women at work?

In her article for The Guardian, Arwa Mahdawi contends:

“The answer to that question, perhaps, is that a lot of men aren’t so much afraid of being accused of anything as they are they are angry that #MeToo ever happened. They’re angry that they’ve been made to think about their behavior, made to interrogate power dynamics they always took for granted, and they are punishing women for it by refusing to interact with them.”

Mahdawi goes on to note how many media outlets are framing these responses as the #MeTooBacklash implying that the #MeToo movement has gone too far and consequently men’s defensive reactions are justifiable and to be expected: “It’s yet another form of victim-blaming; another way to quietly put women back in their place.”