In Some Indian Villages, Not a Single Girl Was Born in Three Months 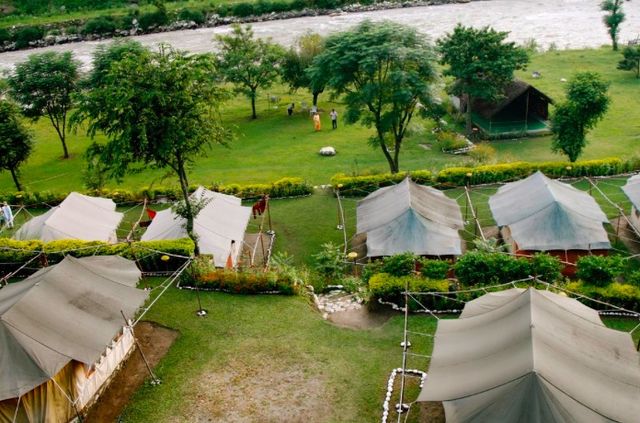 What would cause women to have only male children? In 132 villages in Uttarkashi, a district in the state of Uttarakhand, India, no female children were born in the past three months. Is this a sign that something in the water is acting like Red Bull, giving sperm carrying the Y chromosome wings? Or is something more nefarious causing the discrepancy?

In the same region, women gave birth to males — 216 of them, according to a report in The Times of India. This raises concerns that sex-selective abortion, or even female infanticide, could be responsible for the disparity.

It’s important to note that I am in no way anti-abortion. However, it is incredibly imperative that we’re looking at the consequences of sex-selective abortions in areas that are still buried in misogynistic culture—and looking at how this issue perpetuates a misogynistic culture. In particular, many Asian nations show preferences for male children, and there are several factors at play that cause this to be so.

Even though women perform a larger percentage of the labor in Indian society, men have higher earning power. This is because men in India enjoy a higher social status and a semblance of human rights. Because a male child is more likely to earn more money eventually, he is less likely to be killed.

This isn't the only economic reason behind sex-selective abortion or infanticide. In many Indian societies, parents look to children to care for them in their old age. When a woman marries, she leaves the family to join her husband's, leaving her own parents behind. In severely impoverished areas, female infanticide is often seen as an act of survival — the older generation kills female children before they can grow up and leave them to suffer.

Additionally, in India, the bride's family traditionally pays the husband's a dowry upon marriage. This consists not only of money, but valuable goods like chickens the family may rely upon for sustenance. Families with several daughters may not be able to afford this economic burden.

Even when girls in such a society do survive, they face tremendous discrimination throughout life. Women who give birth to daughters face shame from their families and society at large. They're seen as incapable of delivering a male heir. Some women even face violence at the hands of male family members for giving birth to girls.

The Indian government instituted The Prenatal Diagnostic Techniques Regulation and Prevention of Misuse Act in 1994. The act prohibits diagnostic testing centers from advertising their services for the purposes of gender selection. But enforcing such measures proves pragmatically difficult. Ultrasound results routinely reveal the gender of the developing fetus, and parents can use this information to make abortion decisions.

And the abortion procedure itself puts women at risk: even though abortion has been legal in India since 1971, women in rural areas have little access to government hospitals and family planning centers. As a result, they turn to village practitioners who lack modern medical training. In some cases, this leads to painful complications requiring a trip to the hospital. Women who cannot make the trip will often die.

According to one recent study, a woman dies every two hours from an unsafe abortion in India. Even though the procedure is legal on broad grounds, doctors routinely refuse to perform it, especially if a woman is unmarried. And while birth control is also legal, sexual education is reserved for the privileged. Many men and women in the nation report using no birth control in their initial sexual encounters, and even married couples express inhibitions about seeking effective methods.

Because of the risks inherent in seeking care for rural women in India, we can see why they might choose to carry to term, then let their infants perish. It might make a certain evolutionary sense to some: a grown woman has proven her ability to survive and, in procreating at all, demonstrated her fertility. If she lives, she can potentially birth a male heir for the family. With the female child, no one knows if she will live to adulthood, and if she does, what her chances of having children are.

One solution involves spreading access to education and reproductive health services to rural women. Doing so will require additional resources as well as collaboration between the government and religious leaders. India currently spends only 1.15 percent of its gross domestic product (GDP) on public health, although it plans to increase this to 2.5 percent.

However, throwing money at the problem alone will not solve it until women are considered of equal value. This requires education and cooperation from religious leaders. They need to convince their followers women are worthy of esteem and protection, and that everyone in a society stands to benefit from empowering women.

International advocacy can help, so we can’t stop raising our voices. Do research, sign petitions, get involved in the work that’s happening on-the-ground if you can. It's well past time that governments and citizens in places like India begin to recognize that women are worthy of equal protection under the law. During a time when there are is much information available to us and so many developed countries waking up to the problems of other areas, there is no reason mothers and children need to continue suffering at the hands of patriarchy and culturally-ingrained misogyny.

Kate Harveston is a young political writer from Pennsylvania. She enjoys writing about social justice issues and human rights, but she has written on a wide range of topics, including health, technology and music. If you like her writing, you can follow her blog, Only Slightly Biased. Follow her on Twitter, Google+, and Facebook.
Tags: India , sex-selective abortion , feminism