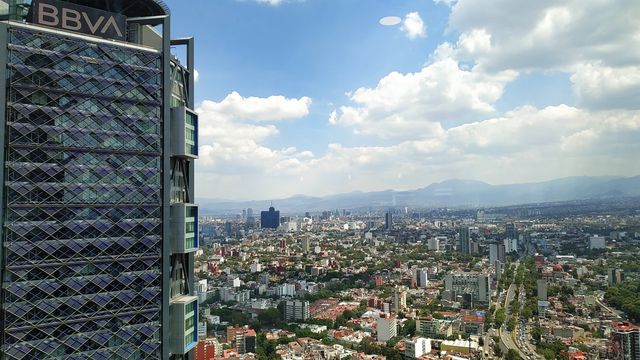 The women of Mexico and a sky full of pink glitter are bringing the tensions around gender-based violence to the surface. The Mexico City protests, deemed the "Revolución Diamantina," or the Glitter Revolution, have gotten the Mexican government's attention after a young girl was raped by four police officers north of Mexico City earlier this month. This comes at a time when change has seemingly been on the horizon for the country, yet has been failed by a lack of movement surrounding the ongoing violence committed against women.

The first protest took place August 12, when feminists took to the streets of downtown Mexico, chanting “Justice,” and “If you violate women, we will violate your laws.” Notably, during the first protest, the activists poured glitter onto Mexico City’s security chief, blaming the police for perpetrating the violence committed against the recent teenage victim. Furthermore, the protest focus on the government for failing to protect women against all sexual assault and ‘femicide’, when women are murdered for gender-specific reasons. The protests continued on August 16th in response to Mexico City’s mayor, Claudia Sheinbaum, calling the protests a "provocation" due to a small group of protesters vandalizing the office of the attorney general. This incited an even larger second protest where the women continued to draw attention to the issue, including the vandalization of a major city statue with words of frustration over the lack of protection and fear they face.

While the protests have been met with hostility over their disruption of Mexico City, the severity of the issue cannot be understated. The protests demand change on a range of contemporary frustrations, but the issue of femicide is now decades old. Anthropologist Melissa Wright researches gender-based violence specifically in Ciudad Juarez, a city along the US-Mexico Border. Wright tracks femicide back to the early '90s in Juarez when NAFTA had transformed the area in a powerhouse for factory work — as well as the location where many young female workers were murdered. Furthermore, Wright highlights the anti-femicide movement, including The Coalition of Nongovernmental Organizations for Women in 1994 and their fight to implement protective policies for women and start investigations into past crimes. Wright’s research highlights how politics combined with impunity heighten gender-based violence in a multitude of circumstances. While the Glitter Revolution is responding to a different (though related) landscape of gender-based violence, it echoes a core problem Wright found: that the government is failing to protect its citizens on the basis of gender.

Today, the Glitter Revolution carries the fight of accountability and structural change in Mexico. The country faces serious obstacles to achieving safety equality for women: it was recently reported that in the first seven months of 2019, over 1,800 women were murdered, increasing the average per day from seven in 2016 to roughly ten. These statistics make Mexico the second most dangerous state for women in Latin America and show the scale to which women in Mexico have been under growing attack in recent years. Another frustration of the movement is the attack against social services for women, with budget cuts towards women's shelters and childcare (with President Andrés Manuel López Obrador telling families to seek out a female family member to be a caretaker).

Supporters of the Mexican government often point to the positive changes which have already been made in the country. This primarily includes the announcement in May that the country would receive assistance from the UN, predominately the EU, to fight gender violence in three states with particularly high rates of femicide. Additionally, the election of the first female Mayor of Mexico City has been often hailed as a marker of progress. While these wins for feminists in Mexico are not to be discounted, the Glitter Revolution is responding to the lived reality of indifference they have seen concerning the violence women face in Mexico.

In spite of the crisis that Mexico is facing concerning women’s safety, the grassroots demand for action, from the anti-femicide movement in the '90s to the Glitter Revolution today, inspire hope for a day where women of Mexico can live and work safely. It’s clear that the frustrations of feminists in Mexico are coming to a tipping point, but the fight is not new and has been carried on by feminist organizations and activists for years prior. The Glitter Revolution is reminding us all that women should not bear the responsibility to not be raped, murdered, and live in fear, and that government action and societal change are needed.

Changing The Face Of The Border Crisis