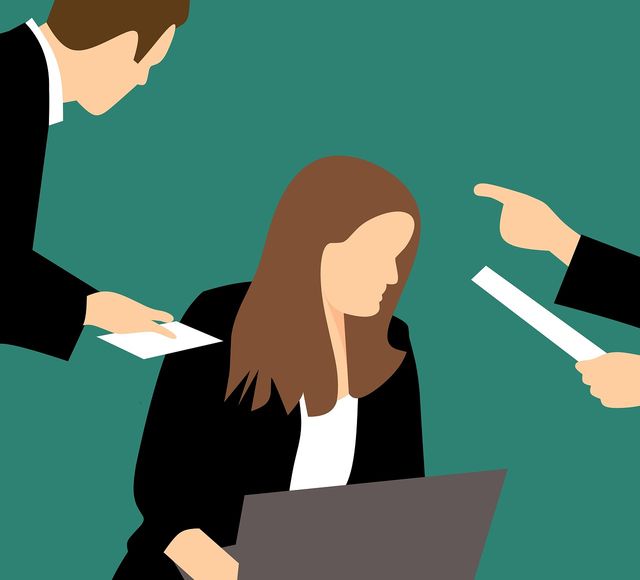 A substantial number of books and articles, dedicated to women’s advancement in the workplace, impart that women aren’t getting ahead in their careers because they’re getting in their own way. Frequent examples include: women don’t ask for more responsibility; women would rather spend more time with their children; and women lack the ambition and confidence to take on a leadership role. However, numerous studies have proven such assertions to be false. A 2017 study by the Boston Consulting Group determined:

“On average, women entered the workforce with the same — or higher — levels of ambition as men, in terms of their desire to hold leadership positions or be promoted ... It is also unequivocal: Having children does not affect women's desire to lead. The ambition levels of women with children and women without children track each other almost exactly over time.”

A 2011 study by Catalyst reported that, “doing all the right things does not level the playing field for women.” So even if a woman possesses all the desired behavioral characteristics, she’ll still be deemed less competent than her male colleagues. Women do ask for a seat at the table, “but it doesn’t get them very far,” said Catalyst CEO, Ilene H. Lang. “Men, by contrast, don’t have to ask.”

Andrea S. Kramer and Alton B. Harris have been working to promote gender equality in the workplace for over 30 years. Their new book, It’s Not You, It’s the Workplace: Women’s Conflict at Work and the Bias That Built It, illustrates how these biases “have their roots in the gendered nature of our workplaces—workplaces that are dominated by men and operated in accordance with masculine norms, values and expectations.” An excerpt shared with Business Insider, identifies affinity bias as a core factor in workplace gender inequality.

Affinity bias shows a preference for certain types of people with whom one has an affinity. In other words, people tend to favor people who are like them. Affinity bias touches every aspect of how we interact with the world. In a gendered workplace, people are divided into an ingroup and one or more outgroups. The ingroup is made up of the management team and those who are like them, “which means the ingroup is often white, male, able-bodied and heterosexual.” In these environments women exist in the outgroup. Meaning women, “are often selected for career-enhancing assignments only after their male counterparts have been considered, asked to join important teams far less frequently than men, and excluded from the men's informal networks and social activities.”

Moreover, affinity bias operates unconsciously. The management in a male-dominated office may not intend for women to feel excluded and ignored but in accordance with affinity bias, most men prefer to work, mentor and sponsor other men. Thus, “as members of a conspicuous outgroup, women are not as likely as men to be listened to in meetings, have their views solicited on important issues, or be given credit for their accomplishments.”

Another damaging element of affinity bias is the expectation that the career paths of future leaders mirror those of current (often male) leaders. Which is why gendered workplaces value those who’ve had linear careers and are willing to prioritize work over everything else. Furthermore, senior managers (often male) are more inclined to work with people who are pursuing careers in a similar fashion. Ultimately, “career paths that are typical for men, but not for women, are likely to be rewarded.”

Tags: gender , inequality , wage gap , male-dominated , workplace , women , career , advancement , affinity bias
Support Feminist Media!
During these troubling political times, independent feminist media is more vital than ever. If our bold, uncensored reporting on women’s issues is important to you, please consider making a donation of $5, $25, $50, or whatever you can afford, to protect and sustain BUST.com.
Thanks so much—we can’t spell BUST without U.