Project Runway's Elaine Welteroth Spills On Trailblazing Past, Being "More Than Enough," And Leaving The Door Open Behind Her 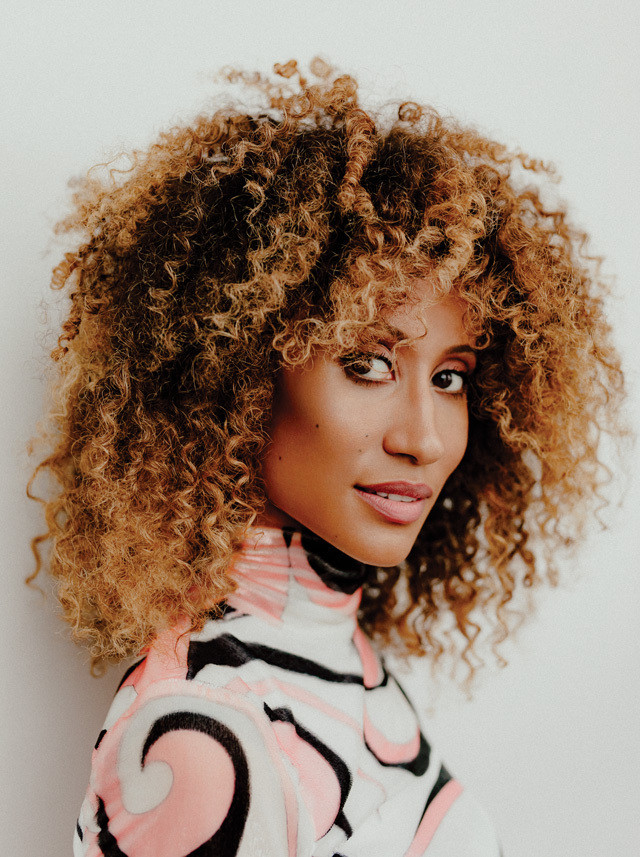 Elaine Welteroth made Teen Vogue woke and Project Runway work. Here, she opens up about writing her memoir, creating opportunities for others, and being F. O. D. (First. Only. Different.)

WHEN NOTORIOUS VOGUE editor Anna Wintour handpicked 29-year-old Elaine Welteroth to be the new editor-in-chief of Teen Vogue in 2016, the magazine industry totally freaked out. Not only was Welteroth the youngest person in Condé Nast publishing’s history to hold such a title, but with this promotion, she also became only the second African-American woman appointed to a top editing spot at the company. While this sudden shift into the spotlight was an unexpected change for Welteroth, it was also the result of a lot of hard work. A graduate of California State University, Sacramento, Welteroth interned at PR firm Ogilvy & Mather and at Ebony magazine after college before working her way into paid gigs as a beauty editor at Ebony, Glamour, and Teen Vogue. And once she had control at Teen Vogue, her influence was immediate and revolutionary. Suddenly, Vogue’s little sister was boasting progressive, politically charged content that promoted social justice and feminism in fresh new ways. Welteroth’s first issue as editor in May 2016 boasted a gorgeous Willow Smith with locs on the cover and the headline “Cultural Appreciation: Real Girls, Real Beauty, Real Talk,” setting a tone of greater diversity throughout the entire publication.

Welteroth was responsible for Teen Vogue’s most popular print issues ever. Nevertheless, it went online-only at the end of 2017. And then, after almost two years at the helm, she resigned in 2018 to move on to even bigger and better career opportunities. Now 32, her first season as a judge on Bravo’s Project Runway has just wrapped, and she’s currently on a book tour for her debut memoir, More Than Enough, which hit shelves June 11.

I spoke with Welteroth after her BUST shoot in Brooklyn, right before she rushed off to a fitting for the Met Gala. And even with so much on her plate, it was clear that she is someone who is always thinking about what’s next.

How does it feel to be on the other side—to go from running Teen Vogue to now being the talent at a photo shoot and interview?

Once an editor, always an editor. I usually feel relatively at ease, but there is still that inner control freak that wants to be able to see the pictures and suggest an all Black, all-female team—or at least all women of color. I think that training never leaves you. And I hate the word “talent.” We live in a world today where we are just as interested in storytellers behind the camera. I’m part of a generation where the focus is changing.

During Beyoncé’s Homecoming, there was a quote from Marian Wright Edelman, “You can’t be what you can’t see.” How does it feel to be that representation for so many Black girls and women?

You know what? It’s surreal. It’s the greatest responsibility, and blessing, and I don’t take it for granted. Every single girl that I meet who comes up to me and tells me her story, or tells me what it means to her to see me doing what I’m doing—it’s like fuel. Through all the hardships that I face and challenges that I overcome, I feel like they’ve helped me know who I’m really doing this for. It’s for girls who look like me and girls who grew up like I did. I feel like we’re all connected.

“Being a public person, you feel like people are only seeing the highlight reels, and I want to go deeper.”

Being what Shonda Rhimes calls “F.O.D.” (First. Only. Different.) can be very burdensome, especially when it comes to dealing with issues like #AllLivesMatter and white fragility. Do you ever get tired of teaching or having to have certain conversations at this point?

It is unfortunately a reality of being F.O.D. It can be exhausting and disheartening, particularly just being reminded that race actually does divide us. But it’s a responsibility that also comes with the opportunity to be at the table. I would much rather have a voice and represent my community than not be in the room. Maybe you’re first, but the goal is to not be the last. One of my coping strategies is to make sure I’m not the only one in the room anymore. Cultivating allies in the office was a survival tactic, and now it’s also a responsibility for those of us able to create opportunities for others who look like us.

Can you tell me about the process of writing your memoir More Than Enough?

I spent 10 years of my career telling other people’s stories and elevating voices I felt were important, because I genuinely believe that there are gems in the stories that women never tell. There’s not enough space, or validation, for our stories. Part of the mission of Teen Vogue was to find and elevate those voices. And as I move into the next part of my career, I fully intend to tell other important stories. But I had to tell my own story first—it takes courage, it takes focus, it’s a most vulnerable act. I struggled with it. I feel like “memoir” doesn’t fully capture the heart and soul of what this book actually is. “Memoir” sounds pretentious and self-important, but this book is an offering. I literally wrote it so I could have conversations with girls and women like you.

There’s a lot of honesty in your book. Where does the strength come from to share all of these intimate thoughts?

I think we are craving the truth. We spend our days scrolling through lies on social media and I don’t want to be a part of selling lies about success to girls who look up to me. I have so much more to say than what can fit under a filtered Instagram image. It’s so performative. I only share what’s real. I am a joyful person, I do have fun with fashion, I have great friends, and a great relationship with my partner who is nourishing to me. But guess what? I have also had heartbreak. I have also experienced what feels like failure in the midst of great success. I have also felt extraordinarily insecure, and have felt fearful while making myself look fearless. Being a public person, you feel like people are only seeing the highlight reels, and I want to go deeper. If I’m being held up, I need to be more transparent about my experiences. I’m not telling my story for entertainment value. I’m sharing tools that I gathered along the way, because if you’re going to call me a trailblazer, then it is my job to leave the path cleaner, straighter, and with some sign posts along the way, so you are more equipped for your journey.

When women reach a certain age, people are always trying to force babies on them. But you don’t mention motherhood at all in your book. Is that something you want?

That’s so interesting; it actually wasn’t intentional. I never thought about it, because everything I wrote about was a retrospective look at my journey thus far, and obviously I don’t have children, so they’re not a part of my story yet. I definitely intend on becoming a mother, but I think right now just being a mentor is satisfying. And growing into myself as a woman is something I need to do before I take on the additional responsibility of being someone’s mother. Plus, I need to figure out how to eat three square meals a day before I try to keep a child alive. [laughs] 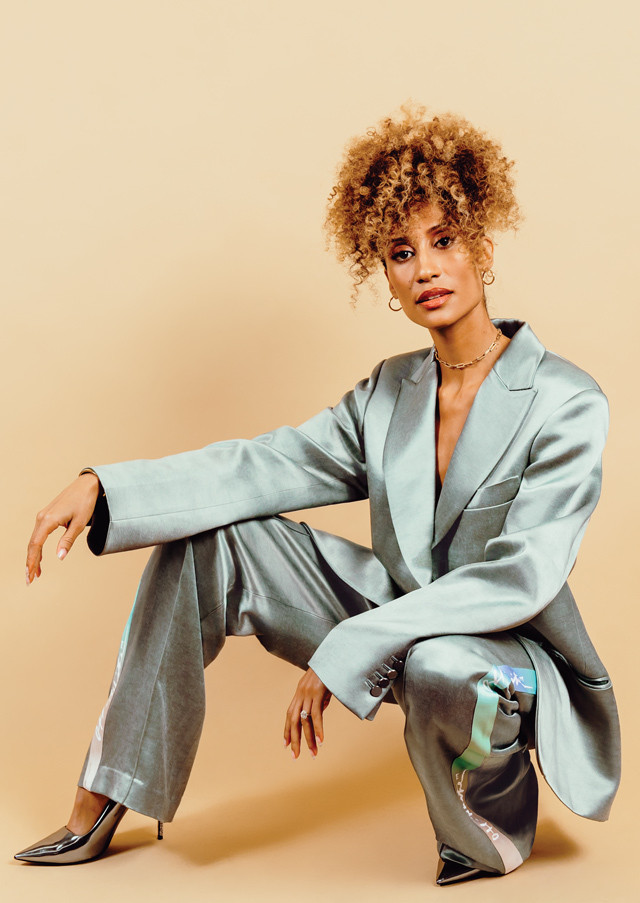 Taraji P. Henson On Committing To Her Relationship, Ignoring Her Age, And "Seeing Her Money"

LaTonya Yvette’s Memoir "Woman Of Color" Has It All

Tags: Elaine Welteroth , Teen Vogue , More Than Enough , #BlackGirlMagic , Project Runway , Bravo , fashion
Support Feminist Media!
During these troubling political times, independent feminist media is more vital than ever. If our bold, uncensored reporting on women’s issues is important to you, please consider making a donation of $5, $25, $50, or whatever you can afford, to protect and sustain BUST.com.
Thanks so much—we can’t spell BUST without U.