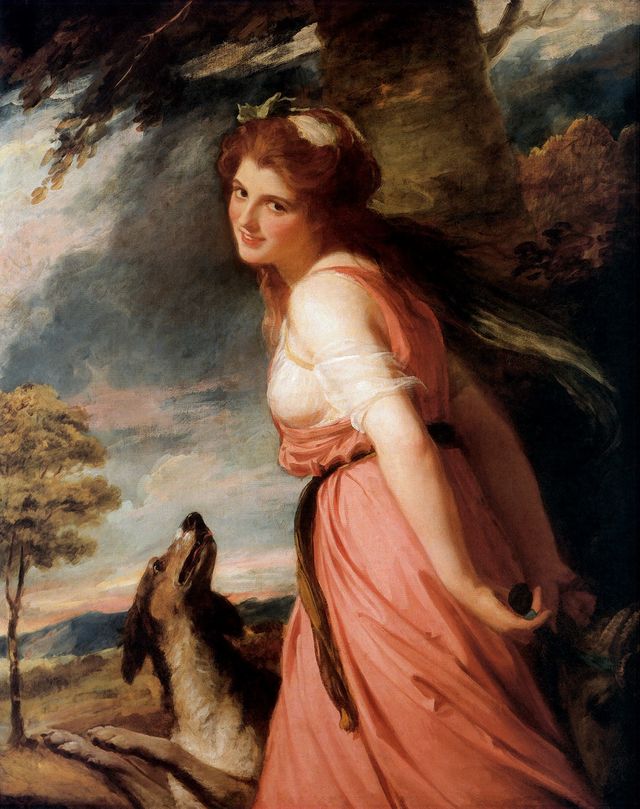 Often referred to as “Fair Cyprians” or “Dashing Cyprians” by Regency era newspapers, a Cyprian was, quite simply, a high-class prostitute. The truly celebrated amongst them could take their pick of protectors – gentlemen of means who could provide the discerning Cyprian with a fine house, expensive jewels, and a carriage of her own. Once established with such a gentleman, a Cyprian might be kept by him for a number of years. But what happened when a Cyprian grew old or lost her beauty and allure? And what happened to those gentlemen foolish enough to lose their hearts to these high-class prostitutes? Or the gentlemen who ran out of money with which to afford them? Below are a few 19th century reports which illustrate the hazards of being a Cyprian – and the perils of consorting with them.

A Duel to the Death

It was not uncommon for gentlemen to fight over the favors of a Cyprian. Unfortunately, those fights sometimes had disastrous results. The September 18, 1820 edition of Saunders’s Newsletter reports a duel which arose out of a dispute over the “supposed claims to a fair Cyprian.” As the article states:

“Mr. Folliott, a gentleman well known in Chester for his amiability of disposition, on Monday morning received a challenge from Mr. S. Burrowes, a person connected with the law.” 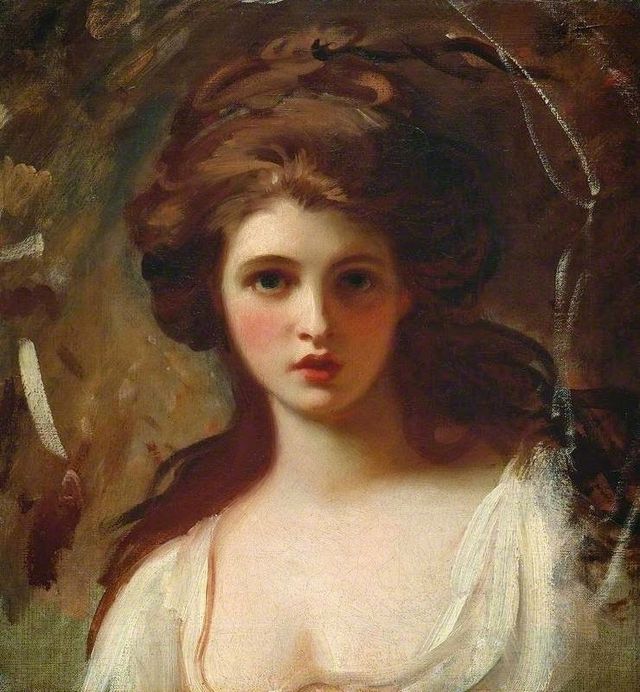 According to the article, the two gentlemen had been intimate friends for twenty years. In addition, their families were united by “distant ties of consanguinity.” Sadly, neither fact held any weight when it came to their dispute over the “fair Cyprian” in question.

Folliott and Burrowes met at eight o’clock on Monday morning, along with their seconds, Mr. Pemberton and Mr. Hall, and a medical man named Mr. Panton. They drew lots to see who would have the privilege of firing first. Burrowes won. The distance was set at twelve paces. Saunders’s Newsletter reports:

“Shots were exchanged without effect; the pistols were a second time loaded and both fired together with the like result. An ineffectual attempt was made by Mr. Pemberton to reconcile the parties, and the fatal weapons were again discharged, which unhappily were too certain in their aim. A ball pierced the head of Mr. Folliott, and considerably fractured his skull; Mr. Burrowes was killed upon the spot.”

Folliott was later trepanned and, at the time the article was printed, there was hope that he would recover from his wounds – though the newspaper acknowledges that “the mental consequence may be serious.” The Cyprian’s reaction to this fatal duel is unknown. She is never named in the article. 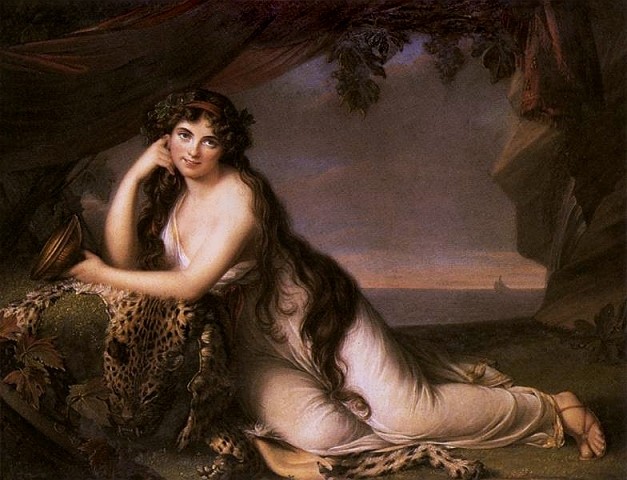 It was not only wealthy gentlemen who fought over the favors of dashing Cyprians. The April 17, 1811 issue of the Public Ledger and Daily Advertiser reports a violent bout of fisticuffs in which Mr. Colbourn, a blacksmith, and Mr. Wood, a coachman, engaged in a “dreadful battle” over the favors of a “low Cyprian whom they both admired.” The two men beat each other so severely that their mangled bodies had to be carried away in a cart.

On occasion, a gentleman might be forced to abdicate his role of protector for no other reason than lack of funds. If such a gentleman had been foolish enough to lose his heart to the fair Cyprian, the consequences to his mental health could be severe. The August 19, 1811 edition of the Salisbury and Winchester Journal reports the sad tale of Mr. Darnley of the Margate Theatre who “put a period to his life” by taking 300 drops of laudanum. As the article reads:

“The probable cause is stated to be, that he had been violently attached to a Cyprian, upon whom he had expended a considerable legacy, bequeathed him by a relation; but that when he had arrived at the last maravedi, the faithless fair went off with a more favoured paramour.”

The Cyprian and the Sailor

After consorting with Cyprians, many young gentlemen of modest means left the relationship with little more than the shirts on their back. An article in the August 15, 1811 issue of the Public Ledger and Daily Advertiser reports a sailor who was quite literally subjected to the same treatment. After accompanying the lady in question to her lodgings in Drury Lane, he took off his jacket, which contained the sum of £2, and delivered it “to her care.” His trousers, which contained the sum of £10, he kept to himself, hiding them under the pillow where he slept. Unfortunately, as the newspaper states:

“…when he awoke, at four o’clock in the morning, he found himself divested of trowsers [sic], jacket, and every other article of apparel, excepting his shirt; and his cher amie also. He then wrapped himself in the coverlid [sic] of the bed, and alarmed the watchman.”

The light-fingered Cyprian was apprehended and taken into custody. The newspaper reports that she was “fully committed” for her crime. 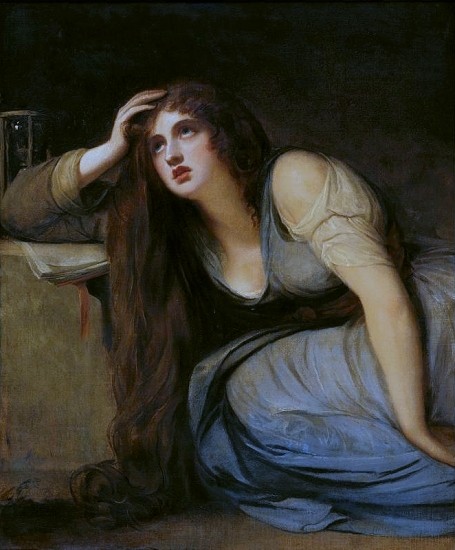 Lady Hamilton as The Magdalene by George Romney, 1792.

In the relationship between a gentleman and a high-class prostitute, the woman generally fared worse than the man did. With her livelihood depending so much on her beauty, youth, and charm, a Cyprian frequently faced an uncertain future – a future that some Cyprians were not equipped to deal with.

The October 21, 1811 issue of the Salisbury and Winchester Journal reports the tragic death of the “once dashing Henrietta Wortley.” Described as having been “a Cyprian of notoriety,” her legion of admirers had all deserted her. As a result, she was “reduced to the greatest distress.” The article states:

“In this forlorn situation, she cut her throat on Monday night, and was found dead in her bed on Tuesday morning, at her apartment in the New Road. An inquest was taken on the body yesterday, when it appeared in evidence that the total neglect she experienced had preyed on her spirits, and produced occasional derangement of intellect.”

The verdict at the inquest was insanity.

Many history books and novels tell stories of the shrewd, manipulative madams who preyed on young country girls newly arrived in London. These naïve girls were usually looking for work as servants in a respectable household, but before they could ascertain what was what, the madam had them firmly ensconced in a brothel somewhere – or worse.

The November 22, 1811 issue of the Public Ledger and Daily Advertiser reports the story of a Miss Fowler, a young woman of “reputable connections” who was found dead in her bed in her rooms at George-place, Oxford-road. The article states:

“She had left her home in Buckinghamshire, about three months, and had joined a corps of Cyprians at an house of ill-fame at Charing-cross, from where she had fled; and, in a state of despondency, committed the rash act. A razor was found grasped in her right hand.”

Whether Miss Fowler had been abducted and forced into prostitution or whether she was suffering under the effects of some other mistreatment or derangement of mind, I suppose we shall never know.

Progress of a Woman of Pleasure by William Holland, 1874.

The names given to prostitutes of the 19th century – names like Birds of Paradise, Barques of Frailty, Bits of Muslin, and Cyprians – do not give an accurate picture of the grim realities experienced by women who were engaged in prostitution during the 1800s. The above article is just a small sampling of Regency era news and is by no means intended to be an exhaustive study. If you would like to learn more about this issue, the following link might provide a starting point:

Prostitution: Prevention and Reform in England by Dr. Paula Bartley