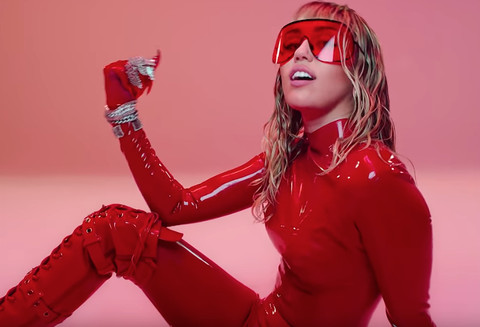 Miley Cyrus is not straight, gay, or sexually attracted to pans.

Yet, seven months of marriage to straight, cisgender husband Liam Hemsworth got her pegged worldwide as a happy, heterosexual housewife. Following the couple’s recent breakup, shortly after which she was pictured kissing The Hills star Kaitlynn Carter, the 26-year-old has been branded a lesbian.

Despite openly identifying as pansexual (attracted to people regardless of sex or gender) and nonbinary (neither male nor female), Cyrus’ queer identity has been bungled by media outlets and social media users alike following the breakup. Highlighting the persistence of pan-erasure and panphobia in both gay and straight communities, coverage of the Cyrus-Hemsworth breakup has gone from celeb gossip to a roadmap of how not to talk about queerness in 2019.

As recently as this year, Cyrus explicitly reminded Vanity Fair readers that her queer identity remains unchanged despite her marriage to Liam Hemsworth.

“I wore a dress on my wedding day because I felt like it,” Cyrus wrote. “I straightened my hair because I felt like it, but that doesn’t make me become some instantly ‘polite hetero lady.’ (PS: Straight women are badass, too.) My relationship is very special to me, it is my home. I feel less misplaced when we are in the same room, no matter where that is, but just because something changes in my relationship doesn’t mean something has to drastically change in my individuality.”

While some headlines and Twitter users applauded Cyrus for reminding readers that bi, pan, and queer people retain their queerness even while in straight relationships, articles and comments from both gay and straight perspectives quickly and harshly condemned her.

pretending to be "queer" while in a hetero-relationship just looks like a cheap ploy to get gay dollars. very very tacky.

From the lesbian frontier were articles like feminist activist Julie Bindel’s “Why are boringly straight women claiming to be lesbians?” for the Spectator. Citing her own traumatic experiences dealing with the repercussions of being openly gay at the tail end of the 20th century, Bindel describes “fake lesbians” marketing themselves as homosexual for publicity, being unwilling to suffer the social consequences she herself faced, and ultimately marrying men with whom they lead conventional lives.

“Cyrus is as heterosexual as the next woman,” Bindel writes. “Labelling herself ‘queer’ is as convincing as me deciding my dog is a goldfish.”

Despite coming from a place of fierce gay pride and personal experience, this attitude is eerily similar to that conveyed by intensely anti-gay commentators.

Editor of The Economist Helen Joyce, for instance, has well-documented homophobic and transphobic leanings, and is nearly indistinguishable from Bindel in responding to Cyrus’ interview, tweeting: “Clear, unselfconscious exposition of how non-binary, gender-fluid, pan-sexual etc mean ‘I’m special everyone else is boring.’” Other, less nuanced tweets didn’t beat around the bush, plainly stating that people in heterosexual relationships can’t be queer.

'I wore a dress on my wedding day because I felt like it...but that doesn’t make me become some instantly “polite hetero lady.” Clear, unselfconscious exposition of how non-binary, gender-fluid, pan-sexual etc mean 'I'm special; everyone else is boring' https://t.co/OfgtTmk1M5

Erasing a bi or pansexual identifying person of their queer identity—bi/pan erasure—is an extremely common phenomenon especially when they enter a heterosexual relationship. The Gay & Lesbian Alliance Against Defamation (GLAAD) even cites bisexual erasure as a contributing cause to higher rates of “anxiety, depression, and other mood disorders” in bisexual people than in straight or gay demographics. 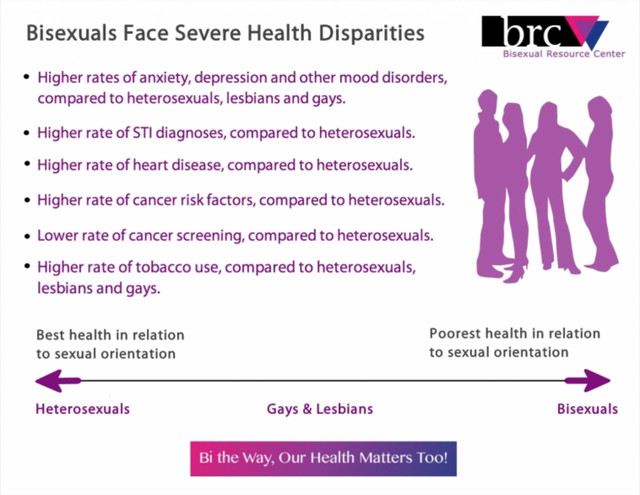 Infographic via the Bisexual Resource Center.

Bindel and Joyce are only two amongst larger subsects within both the gay and straight communities that do not consider those who fall outside a strict binary, occupying space within the greater spectrum of queerness, as valid. That became crystal clear when Cyrus’ split from husband Liam Hemsworth and PDA-filled pictures with Kaitlynn Carter hit the news.

Just yesterday The Daily Mail, a repeat offender in this story, ran an article titled “Brody’s mom slams Kaitlynn: Linda Thompson likes comment claiming Carter’s only with Miley Cyrus to get her son’s attention.” Another piece covering the breakup cited a source that spoke to Ok! Australia, saying: “Liam has been waiting for years for Miley to ‘grow up,’ as he saw it. She still just wants to have fun and shock people – and this makeout session in Italy with Kaitlynn shows that.”

Instead of accepting the Cyrus-Carter fling as legitimate, reports chalked it up to an attempt to “be wild” and “shock the world,” or just two straight women trying to get back at their exes.

Miley cyrus is trying so hard to prove she's bisexual. Straight girls are still faking their sexuality in 2019 pic.twitter.com/7fVgzswKBl

And even when queerness has been acknowledged, it’s been largely done in an incorrect way that glosess over the realities of Miley's sexuality. The Daily Mail, for instance, published paparazzi photos of Carter and Cyrus under the headline “EXCLUSIVE: Liam Speaks After Miley Lesbian Kiss.” Some social media users attributed the cause of the breakup to Miley, insisting that she is lesbian who was never attracted to Liam and doomed the marriage.

Yet the erasure of Cyrus’ pansexual identity is better than the overt panphobia and hatred that her separation has also inspired.

Though the stars have stayed quiet and sources from both sides have provided extremely divergent accounts of the breakup, commenters across social media have blamed the split on Cyrus, citing rumors that her fling with Carter began before the pair officially parted ways.

Capitalizing on the trope that bi and pan people are “greedy” for being attracted to people regardless of sex or gender, social media users have used Miley’s speculated infidelity to drive home stereotypes about queerness. Posts say that bi and pan people are more likely to cheat on their partners because they want it all, that they are promiscuous and untrustworthy. Twitter raged with advice to avoid dating bi/pan people, because it's just a set up for heartbreak, as well as claims that identifying as bi/pan is just an excuse to be a “slut.”

Hey tigerbob. Doesn’t surprise me that ur saying this and ur page has u crying about Brie Larson too! Stop being afraid of women who aren’t afraid to do what pleases them and not other people :-) https://t.co/uPyB1cXE0D

Ever since she called it quits as Hannah Montana, Miley Cyrus has been a controversial figure. Some have criticized her for her open use of drugs and others for her flagrant displays of sexuality. She has come under fire time and time again for cultural appropriation and many find her antics more irritating than endearing. But the spin put on this breakup goes far beyond one celebrity sitting in an ivory tower.

Thousands of queer people are being directly confronted with articles that mislabel their identity and invalidate their sexuality. They are being called names and laughingly stereotyped by social media posts operating under the guise of celebrity trash talk. Twitter users far removed from Cyrus have felt the need to speak up to defend pan/bi people from the accusation that they are untrustworthy or secretly hiding their true sexuality following this incident.

It's time to crank up "The Best of Both Worlds," the queer anthem du jour, because this breakup isn’t just about A-listers anymore.