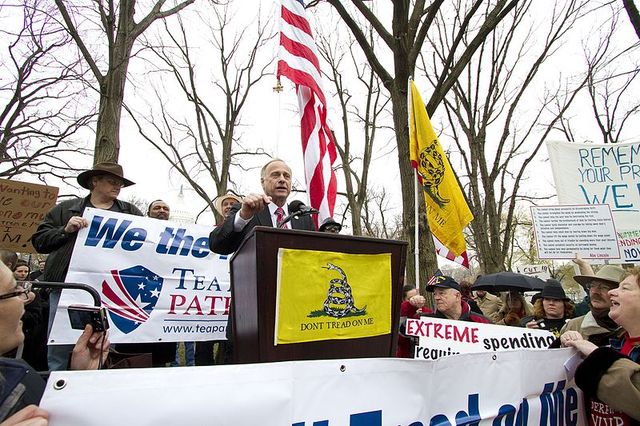 Yesterday, Representative Steve King (R-Iowa) tried to bedazzle a conservative club with a hot historical take on reproduction. Needless to say, we can file accuracy under King’s many weaknesses, right next to politics and being a decent human being. The Iowa representative (and not the beloved, horror author Stephen King) recently posed the question: “What if we went back through all the family trees and just pulled out anyone who was a product of rape or incest? Would there be any population of the world left if we did that?” according to the Des Moines Register. King was addressing a crowd of people at the Westside Conservative Club and trying to argue in favor of banning abortions even in cases of rape or incest, two things which don’t seem to bother King that much.

Congressman #SteveKing of #Iowa asks “if it weren’t for rape & incest, would there be any population left?” So if you’re ever alone with #SteveKing, don’t forget to hold your keys between your knuckles!

This isn’t the first time King has gave a confusingly positive spin to horrific concepts to justify his racist and sexist politics. King was removed from his House committee positions, by his own party (the party that *checks notes* has a multitude of white nationalist problems itself) this past January for a similarly dark question that was reported by the New York Times: “White nationalist, white supremacist, Western civilization — how did that language become offensive?” These comments sparked a bipartisan resolution to condemn white supremacy, the real-life version of a political subtweet directed at King. Similarly to last January, multiple lawmakers like Kirsten Gillibrand and Ilhan Omar have already called out his comments. When questioned on it, senator and presidential hopeful Kamala Harris outright laughed and asked a much more important question than King's on CNN, “What is going on with these people?”

King's comments highlight the gross misunderstanding of reproductive rights that King has always taken on this issue, going further than most of his party by not even allowing exceptions for women that become pregnant through rape or incest. It also calls special attention to the connection between the anti-choice movement and general indifference towards the well-being of women. The one silver lining in this twisted line of thought is that King answered an age-old question himself: proving that there is such thing as a stupid question.