Sexism in Psych Wards: The Gendered Legacy of “Girl, Interrupted” 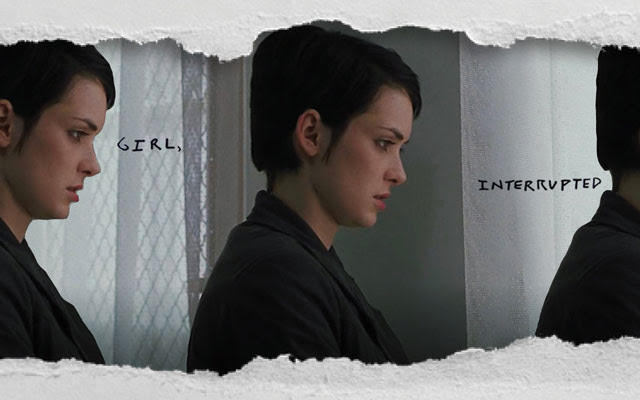 How do the bonds between women hold when the rest of the world seems to be crashing down? Some might say it’s one of the only things keeping them alive—inside a psychiatric ward where three days can turn into two years, with life becoming routine, and distraction from routine, over and over again, in a seemingly endless loop.

In 1967, Susanna Kaysen was admitted to the adolescent girls’ ward at McLean Hospital, where she was a patient for two years. In 1993, she published an account of that time in the groundbreaking memoir, Girl, Interrupted. In 1999, Hollywood adapted the book into a movie starring Angelina Jolie, who would go on to win an Oscar for her role as the sociopathic yet alluring Lisa. The same story, told over and over again, lived and re-lived—and reworked. Like a game of telephone, but with the tale of someone’s sanity.

Kaysen intended for her book to be an anthropological study of the ins and out of a residential psychiatric ward. Positioning herself as a detached narrator, she didn’t mean, or even want, her readers to see themselves in the book—or in her. However, she could not prevent her novel from gaining national acclaim, as young people everywhere, particularly girls, began to personally relate to Kaysen’s experience of mental illness. “You wrote this book for me,” she recalls young women saying to her. I am certainly guilty of thoughts like this.

Susanna Kaysen has publically considered her book to be a failure. She has talked openly about her discomfort with readers’ invasiveness in thinking the book is a transcription of what was going on in her brain during those years. After the largely inaccurate movie adaptation became wildly popular, Kaysen has called the movie “melodramatic drivel,” and that the book “has become something else, and it doesn’t belong to me. I shouldn’t have any commentary on it anymore,” according to an interview in The Paris Review. I can’t help but feel squeamish while reading her words, feeling like I’ve stolen someone’s story and can never give it back.

Unapologetic intrusiveness has become a mainstay in contemporary culture, with Insta-stalking as the new normal, and popular hashtags such as #relatable and #me dotted all over social media. But when does empathy become obsession become fetishization, particularly if the subject herself is uncomfortable with it all? Considerations like these have been largely overlooked due to the movie’s commercial success as a “feminist” cult classic, sparing it from any critical analysis that would challenge the movie’s categorization as feminist art. But how does it hold up twenty years later?

Despite its overwhelmingly female cast at a time when women made up only a tiny percentage of speaking roles, the 1999 movie adaptation turned to hypersexualizing tropes that eroticized and exotified young women’s struggles with mental illness--establishing the movie as, at least in my opinion, a feminist failure.

While the movie did help shed light on the pervasiveness and intensity of some women’s’ internal battles, it also problematically framed psychiatric illnesses on a moral gradient—where the saner characters were also often the honorable ones. The main character, Susanna (played by Winona Ryder), is characterized as not actually crazy like the others, but as a “lazy, self-indulgent little girl.” When she ultimately “chooses” to get better (again, problematic), Lisa—a messy characterization of Suzanna’s darker side—is still hospitalized, facing the consequences of her immoral and unladylike behavior. As Sarah Domet put it perfectly for Bitch Flicks, the movie “pits ‘good’ against ‘evil,’ and ‘feminine’ against ‘unfeminine’” which is tied up in representations of mental illness. Susanna is faced with a choice: continue life with Lisa, a life that will certainly lead to chaos and casual sex and countercultural adventures, or return to Claymore to truly invest in her recovery. It’s a choice.”

Given Hollywood’s bastardization of Kaysen’s story and its largely exploitative treatment of what actually happened to the women at McLean, I understand the need to respect the story’s truth, and therefore Kaysen’s intention for her memoir. Susanna Kaysen is a real person, who deserves autonomy over her story, particularly given its vulnerability and honesty as a narrative. However, I don’t think this has to be mutually exclusive with the recognition that whether or not certain experiences are actually similar, the feelings of pain behind mental illness and trauma can be. Susanna Kaysen can have Girl, Interrupted, and so can I.

I was admitted to various inpatient facilities almost fifty years after Susanna Kaysen. A year younger, and a couple miles away, I embarked on my own journey with adolescent girl psychiatric wards—a journey my extreme privilege could afford. Unlike Kaysen, however, there was no chain-smoking cigarettes in the hallways to numb the repetitive days, or male doctors telling me I wanted to sleep with them. There was no get-out-of-jail-free-card where a marriage proposal and the promise of a stable heterosexual relationship was enough of an insurance policy for doctors to wave their magic wand and discharge me. Our experiences were not the same. But just as Susanna saw herself in Vermeer’s portrait, Girl Interrupted at Her Music, I see a theory of gender in her book.

And here, we come to the title. Girl, Interrupted. If Kaysen wanted her work to be an anthropological masterpiece, this is where it starts.

When you try to take your own life, you are not a young woman anymore, or even a girl—you are simply insane. In psychiatric facilities, things that are so obviously gendered suddenly become genderless. Kaysen justifies her therapist’s suggestion of sex with him, saying that he only wanted to provoke her into feeling something, anything, so that she would open up. Even Kaysen’s Borderline Personality Disorder presumes a gender-blind diagnosis, despite the fact that in the memoir four of the six “‘potentially self-damaging’ activities favored by” those with the illness are stereotypically associated with women, including promiscuity, shoplifting, shopping sprees, and binge eating.

Psychiatric wards, even co-ed ones, are often comprised of all girls. According to Science Direct and other sources, while more women are depressed, larger numbers of men commit suicide, because they are more socially conditioned to violence, increasing their likelihood of using violent, more fatal methods. Girls, raised on passivity, not video games and anger—they are the ones that make it out alive. Gender in psychiatric wards becomes relevant so far as a survival statistic, but not much more than that. By refusing to acknowledge patients’ (of all ages) unique experiences with gender, some of which can be traumatic and help pave the way to that hospital bed, mental health clinics are failing.

But why do hospitals struggle to acknowledge the role that gender plays in hurdling women towards a life of debilitating trauma that can take massive tolls on one’s mental health? Is the individualistic nature of psychology incompatible with an understanding of larger social forces and their influence on everyday lives? Although I’m not entirely sure of the answers to these questions, I do know that when I was asked why I did not want to eat, I answered, “the patriarchy.” My therapist then replied, “so what you really want is control.”

When mental health settings ignore the gendered life experiences of adolescent girls, not only are they providing incomplete care, but are potentially setting up their patients for more trauma. According to Kaysen’s memoir, the therapists refused to talk about the ward environment. “Don’t talk about the hospital,” her therapist would say to her. But the failure to recognize how hospital culture and involuntary confinement has a huge impact on mental health, ignores the institutional trauma that being in psychiatric ward can create. And when this institutional trauma is tied up with gender and sexism in a way that replicates the outside world, while pretending to be anything but, the result is a confusing, harmful mess.

This is another place where the movie goes wrong: framing the hospital as the epitome of recovery from mental illness, denying the nuances it can have in intensifying it. When Susanna makes that final choice to leave Lisa and return to the hospital by her own volition, the movie is conveying that Susanna has chosen recovery. This gross simplification not only makes it seem like recovery from mental illness is the product of a single choice, but that psychiatric wards are the be-all-end-all of getting better. Especially for women. There’s a reason the nurses in One Flew Over the Cuckoo’s Nest are the villains, and the patients, heroes. But in the movie adaptation of Girl, Interrupted, a dangerous and sexist narrative is perpetuated: where the crazy, rebellious, unstable girls are the ones need saving by the indisputably righteous hospital.

Despite various institutional failures to recognize gender in mental health treatment, Kaysen spent her two years at McLean almost entirely surrounded by women. Rarely, in the world, does a place exist where it’s just you and other women, for days, and even years on end. When the world seems to be crashing down, it is those bonds between women that hold you up, even save your life. The female solidarity that can flourish in certain mental health environments is precious and vital to getting through the boring, yet life-altering trauma of being locked up. So, as Susanna said to the Vermeer painting in the final lines of her memoir—to all the women and girls going through that shit—I see you. I see you.

My Depression Owes You An Apology (And So Do I)