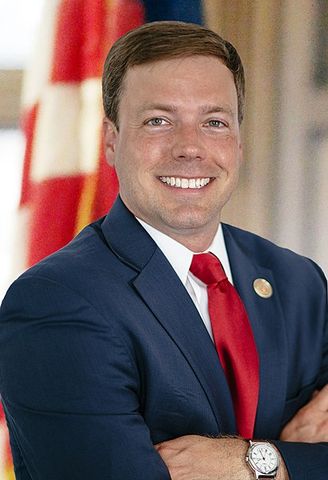 According to two out of the three Republicans running for Mississippi governor, women are, first and foremost, sexual objects. So, naturally, they refuse to be in a room alone with them.

State Representative Robert Foster denied access to reporter Larrison Campbell on a campaign trip, unless she agreed to be accompanied by a male colleague, out of a purported respect for his wife. A second candidate, former state Supreme Court Chief Justice Bill Waller Jr., went on the record to confirm that he follows the “Billy Graham Rule,” named after the Christian Evangelical leader who resolved to avoid any interactions alone with women who were not his wife. Vice President Mike Pence has also famously upheld the rule, refusing to dine alone with women other than Karen Pence.

The phenomenon of male politicians who only see women as the potential for an affair scandal or a #MeToo allegation highlights the professional and personal sexism by which these “gentlemen” lead their lives. The practice of avoiding women at all costs is detrimental to many of female staffers’ careers, and may even qualify as gender discrimination in the workplace. Where male employees and colleagues are afforded sensitive, closed-door meetings, and invitations to attend late-night, exclusive events, female staffers in certain congressional offices are denied such opportunities out of concern for optics. This practice limits the possibility for women’s advancement in the workplace, forcing many women to seek out new jobs rather than watch their male colleagues get favored treatment and promotions.

So what are these politicians’ reasonings for invoking the age-old misogynist tradition of “separate spheres?” While excuses vary, they all contain the familiar sting of male righteousness and entitlement, with the wholehearted belief that they are actually doing the good, and right thing. Foster, the first Mississippi candidate to publicly ascribe to the Billy Graham rule, claimed he was doing so out of respect for his wife, in the same vein as Mike Pence. When probed further on his motivation, Foster vocalized that the recent rise of the #MeToo movement was a consideration, hoping to avoid women coming “back at me five, ten, fifteen years later and accuse me of assaulting them, [when] I have no witness there to protect me from that accusation,” according to a CNN interview. Waller Jr., the second candidate to abide by the Billy Graham rule, said that he does so because it is just “common sense.”

The utter ridiculousness and lack of self-awareness in these excuses reveal that this exclusion of women in their personal and professional lives is entirely self-serving and nothing else. Not only are Foster’s attempts at chivalry and matrimonial respect just thinly veiled misogyny, but what kind of healthy marriage has so little trust and communication that one’s partner cannot be in the same room alone with a person of the opposite sex? In a radio interview with SuperTalk Mississippi, Foster even made it seem like women just wouldn’t be able to control themselves around him, saying, “my campaign director is in and out and gone sometimes...it’s just going to be a lot of opportunities for an awkward situation...we just wanted to keep things professional.” It is profoundly sexist and shockingly egotistic to assume, firstly, that women are not professionally capable of not trying to have sex with any man they’re working with, and secondly, that these women actually want to have sex with you. (Sorry, Foster, but you’re not hot shit.)

What really gets me is the extreme anxiety in having "a #MeToo moment"—with many men believing that the solution is to avoid women altogether. The lines are not that blurry, and a grown adult (or anyone, really) should be able to be alone in a room with a woman without fear of “accidentally” sexually harassing or assaulting her. Just don’t sexually assault or harass her. It's that simple—
most of us have been doing it our whole lives! And though Foster says he wants to avoid any “he said, she said” moments, what he means is that he believes the only way to prevent a sexual assault allegation is to avoid women altogether. This shows a fundamental mistrust of women, where any and every woman represents the threat of a false allegation. Not only does this rhetoric deeply misunderstand the miniscule rates of false accusations, but positions women as the lying enemy. How can a man like this adequately represent the women of Mississippi if he cannot believe and trust them?

All in all, the refusal to include women in their lives reveals that these politicians solely value the opposite sex for their sexual consumption, and nothing else. Further, by avoiding them altogether, these men are putting the burden of their own discomfort entirely on the women. Instead of not raping women, they exclude them from meetings and press trips. Instead of simply not cheating on one’s wife, they block women from promotions and top office positions.

Get it together, guys. Because this is more than truly embarrassing — it's sexist.

Women's Careers Will Stall Because Men Are Afraid of #MeToo