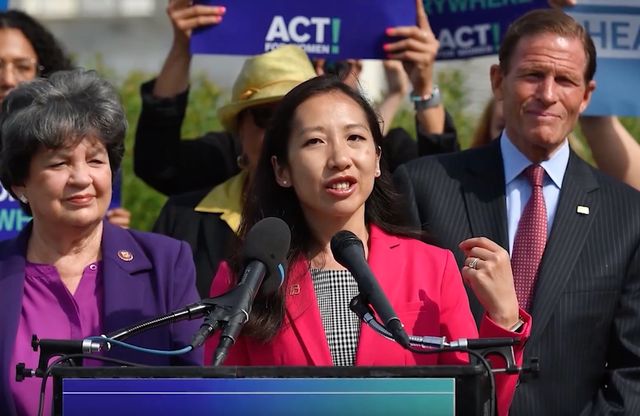 A “secret meeting” among Board members resulted in the ousting of Planned Parenthood President Dr. Leana Wen.

The first physician to accept the role, Wen had only been president for about 8 months—since November of 2018—when Tuesday’s unanimous vote ended her leadership.

Wen tweeted that her departure from Planned Parenthood was due to “philosophical differences over the direction and future of Planned Parenthood.” But it appears that what informed the Board’s decision most was a disagreement over how to handle Republican attacks on abortion rights.

In her statement published yesterday, Wen asserted, “I believe that the best way to protect abortion care is to be clear that it is not a political issue but a health care one, and we can expand support for reproductive rights by finding common ground with the large majority of Americans who understand reproductive healthcare as the fundamental healthcare that it is.”

A source told NBC, however, that Wen’s statement about abortion being either a health care issue or a political one represents a false dichotomy: “It’s both.” The source said, too, that the Board wants to embrace a more political approach in light of mounting abortion bans and threats to federal funding.

As of now, nine states have passed bans: Alabama, Georgia, Kentucky, Louisiana, Mississippi, Ohio, Missouri, Arkansas, and Utah. Of course, Alabama’s ban is the most severe. It prohibits abortion in all circumstances, except when the birth would threaten the health of the pregnant person in question. The so-called "heartbeat bills," which prohibit abortion after 6 weeks, essentially serve as total bans as well, since most people don’t even know they’re pregnant until after that time. Missouri, Kentucky, Ohio, Louisiana, Mississippi, and Georgia all have passed a version of this rule.

While none are in effect yet, these policies are all aimed at drastically reducing access to safe abortions. And, ultimately, they all have their sights set on attacking Roe v. Wade. In 1973, Roe established the right to seek an abortion up until the fetus reaches viability. Typically, that’s at around 24 to 28 weeks. By introducing state bills that challenge the Supreme Court standard, Republicans are attempting to undermine abortion’s status as a constitutional right.

On top of the abortion bans, there are new Title X program regulations that ban taxpayer-funded family planning clinics like Planned Parenthood from providing abortion referrals. These regulations would largely impact people of color and low-income communities, but at least one Planned Parenthood location has announced its refusal to comply, forgoing federal funding, and identifying the rule as “devastating, illegal, and unethical."

With these developments pressing, the Board has decided to replace Wen with Alexis McGill Johnson as acting President. McGill, co-founder of the Perception Institute and long-time Board member, will take over immediately.

Planned Parenthood will be looking for a permanent replacement early in 2020.

Tags: abortion rights , abortion bans , Planned Parenthood , Leana Wen , reproductive rights , Roe v Wade
Support Feminist Media!
During these troubling political times, independent feminist media is more vital than ever. If our bold, uncensored reporting on women’s issues is important to you, please consider making a donation of $5, $25, $50, or whatever you can afford, to protect and sustain BUST.com.
Thanks so much—we can’t spell BUST without U.