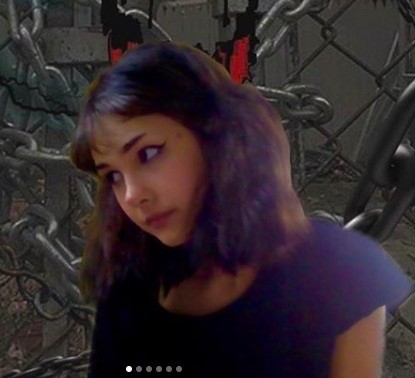 In a matter of days 17-year-old Bianca Devins’ instagram following shot up from a couple hundred to over one hundred thousand. While this may, at first, sound like any aspiring influencer’s success story, Devins’ sudden internet popularity did not result from her “e-girl” personality as a gamer interested in anime, and fashion — but from her brutal murder.

Brandon Clark slit Bianca Devins’ throat, and then posted pictures of her nearly-decapitated body to his Instagram stories, and to Discord, a social media platform for gamers that Bianca often frequented. The gruesome photos quickly went viral, with users posting and reposting the photos faster than the sites could take them down. Some accounts have even attempted to profit from Bianca’s murder, asking people to follow them in exchange for access to the increasingly difficult to find pictures. With the click of a button, Bianca Devins’ death has become sensationalized — morphing her into a thousand different Biancas with a thousand different accounts of that final night.

Although conflicting news reports have muddled what exactly motivated Clark to murder Devins, it is important to remember that Bianca Devins was a child, a minor at 17-years-old, and Brandon Clark, at 21, was not. Whether or not they were a couple, or he was a trusted family friend, according to Devins’ sister on Instagram, Clark certainly held the power in whatever type of relationship they had by virtue of age, gender, and his outright inclination towards violence. While Devins had spent her spring finishing her senior year of highschool, Clark spent his days as an admin of the Facebook group, “Darkcel Gaming,” an offshoot of incel, or “involuntary celibate” subculture, where men bond over a mutual hatred for women, largely stemming from romantic or sexual rejection.

After murdering Bianca, Clark reportedly laid over her dead body to take selfies, posting the pictures online with the caption, “Sorry f*ckers, you’re gonna have to find someone else to orbit.” Clark was referring to the beta orbiter theory, a common term in the men’s rights movement that refers to ‘low-value’ men who spend time around women they’re secretly in love with.

Clark’s connection to incel culture is undeniable — meaning he buys into the increasingly popular notion that male violence against women is justified. But as these toxic internet enclaves are becoming mobilized and radicalized, the move from the web to the streets is becoming scarily common. Last year, in Toronto, a man who identified himself as an incel drove a van through crowds of pedestrians, killing ten. Earlier this year, a man was sentenced to prison for promising to murder “as many girls as I see.” As in these two cases, incel communities have heralded Clark as a role model and a hero, praising him for the violent murder.

While gaming culture and toxic masculinity have made enormous strides to normalize extreme violence, Instagram still has a hard time with boobs. While a nip slip may be taken down in a matter of minutes for inappropriate content, many of those who have reported the pictures of Bianca Devins have received replies from the website saying the photo does not violate their community guidelines. This is an absurd double standard, where any expression of female sexuality is immediately deemed explicit, but the violent murder of said woman is fair game. It speaks mountains to the value system people ascribe to, where silencing and censorship, violent or otherwise, is preferred and rewarded over any expression of a woman’s autonomy or freedom.

As #RIPBianca has trended on Twitter, feminists and those condemning violent masculinity have rallied together in support of Bianca Devins and her family. But hashtags alone cannot stop femicide, just as hashtags alone cannot create murderers. There’s something deeply rooted in our society that normalizes and glorifies violence, a patriarchal culture that is then capitalized on by insecure and entitled men. While these online groups are not the be-all and end-all of misogynist violence, in a world so deeply dependent on social networking, a technological catalyst connecting and inspiring involuntary celibates certainly makes it easier.